French is best language to study for graduate employment 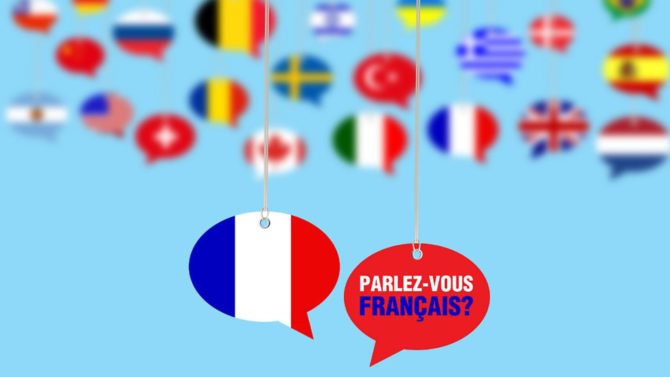 Learning French could improve your career options according to a recent study, and it’s even more important because of Brexit

French is the best language to study for graduate employment, according to the CBI/Pearson Education and Skills Report 2018. The report surveyed almost 500 British employers and calculated which languages were most desirable to them, and the results put French in first place ahead of German in second, Spanish in third, Mandarin in fourth and Arabic in fifth. Some 54% of employers said that French is useful to their business, an increase from the 51% recorded in 2017 and 50% in 2016.

According to the report, the need for languages has been heightened by the UK’s departure from the European Union and a new focus on foreign language skills is needed as a result of Brexit.

“Learning a language can greatly benefit young people by providing exposure to other cultures, fostering pupils’ curiosity and deepening their understanding of the world,” says the report. “There is much to be gained from being able to express thoughts in another language, including ‘the language of business'”.

The British Council has also stressed the need for young people to learn a foreign language in order for Britain to become a “truly global nation”, and in its latest Languages for the Future report predicted that French, German, Spanish, Mandarin and Arabic are the top five languages needed for the UK to remain competitive globally. According to the report, just one in three Britons can hold a conversation in a foreign language.

“As firms look to markets around the world, languages are becoming increasingly valuable,” says Dr Adam Marshall, Director General of the British Chambers of Commerce. “Employers are showing a growing interest in those skills.”

Every year, via an assistantship with the British Council, around 2,500 language assistants from the UK support the teaching of English in 14 countries around the world, and have the opportunity to learn or improve their knowledge of the language of their host country. Living France columnist Amy Jones’s husband successfully applied for an assistantship when the couple decided to spend a grown-up gap year in France with their two young sons.

Entries for A Level French across the UK have fallen by 19.1% over the last five years according to figures from the Education Datalab. However a greater proportion of students achieved the top grades in French in 2019, with a total of 36.8% of pupils achieving A*-A grades compared to 25.5% for all subjects. The percentage of female students awarded a grade A or above in French in 2019 was 36.5%, while for male students it was slightly higher at 37.4%.

In addition to career enhancement, the cognitive benefits of learning a second language have also been widely recognised, including improving memory and lowering the risk of dementia and Alzheimer’s.

The new French baccaulaureat: the changes so far and what will change in 2021

11 fun French expressions to use in conversation