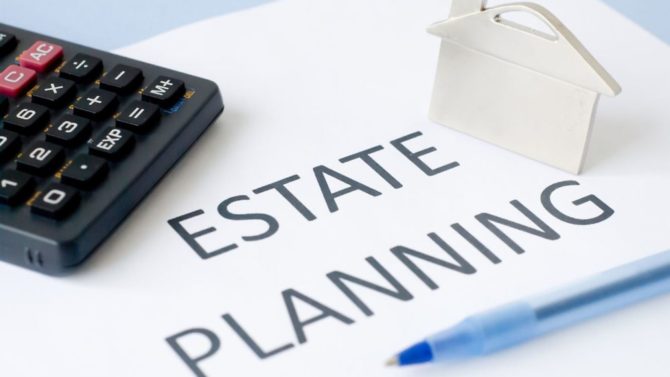 In the first of a two-part series, Dan Harris, Head of Stone King solicitor’s International & Cross-Border department, who is a French specialist, reviews some of the key French tax and French succession conflicts of law

The American writer Mencken once said: ‘For every complex problem there is a solution that is clear, neat and wrong’. He could have said this in relation to Anglo-French wills and estate planning because most clients tell me in initial planning discussions that their situation is ‘very straightforward’, confirming to me that they have little idea of the complexity involved.

In many cases clients have been reassured by agents or have assumed that somehow UK law (being the laws of England & Wales, Scotland or Northern Ireland) will prevail over their French assets, but the fact is that as soon as you own assets in another jurisdiction, whether it’s real estate, investments or just a bank account, your planning stops being straightforward.

Given proper advice by suitably qualified lawyers, the issues that arise are not insurmountable, but to fail to address them properly is to court financial and/or succession disaster, which we see all the time.

Even highly qualified and experienced ‘local’ lawyers make mistakes when dealing with cross-border planning and administration and this is because their advice only considers the laws in their own country.

Moreover, as well as thinking about the laws in France and the UK, there are the ‘cross-border’ issues to consider. These are where the two sets of laws do not work together because they are incompatible. It is in these circumstances where local lawyers often make mistakes and/or miss opportunities.

TAX CONFLICTS AND YOU

The potential conflicts of law include which country is able to tax which assets and – in situations where both jurisdictions want to tax your assets – which country has priority. Contrary to popular belief, it is not enough that you are ‘paying tax’ either in the UK or France, because if you have paid tax to the wrong authority you will still be liable for penalties and interest.

And, of course, the tax systems in the UK and France are completely different. I like to tell my clients that we don’t have inheritance tax in the UK and this is because in the UK it is not the inheritor (beneficiary) who pays the tax, but rather the estate. In France it is a ‘genuine’ inheritance tax because the inheritor pays the tax and they pay it at different rates, depending on how close they are to the deceased in terms of bloodline. This can mean that children of the deceased (depending on the size of the estate) can pay no tax, while step-children could be liable for tax up to 60%. It also means that trusts can theoretically be taxed as much as 83%. Other cross-border considerations include ‘succession’ issues (who gets what when you die) which are governed by a combination of each country’s domestic laws and their private international law.

The problem is that, again contrary to urban myth, your common law domicile is not where you live, or where you were born or your nationality. Instead, it is a far more complex concept. A detailed explanation is beyond the scope of this article, but I will outline the basics.

YOUR DOMICILE AND TAXATION

Each of us has a ‘domicile of origin’, which is where your father (or if not mother), believed his real or permanent home was at the date of your birth. You can displace your domicile of origin with a ‘domicile of choice’ if you pass a two-part test. First, you have to move to a different jurisdiction, and second, with the intention of remaining there permanently.

The problem is that intention isn’t measured by what you say or even what you think, it is determined by what you ‘do’. Everything you have done (up to the date of your death) is taken into account, ranging from the obvious factors such as how long you have been in a particular jurisdiction and where your assets are situated, to less obvious criteria, such as: where you plan to be buried, where your children are educated, what clubs you belong to, whether you have learned the local language, obtained voting rights and so on.

The law says that domicile is ‘durable’ and so evidence of a change of domicile has to be very strong.

Alongside common law domicile sits tax domicile, known as ‘deemed domicile’. These are a set of rules that catch people in the tax net who would otherwise escape it. For people leaving the UK, this means that even if you have left the country and taken everything with you, you are still considered to be domiciled in the UK for four years after you have left.

The French do not have the same complex definition of domicile. Instead, to them domicile is essentially your habitual residence. Clearly the difference in rules between the two jurisdictions leads to conflicts of law, and your cross-border lawyer should be able to explain both the legal and pragmatic ways to resolve the conflicts.