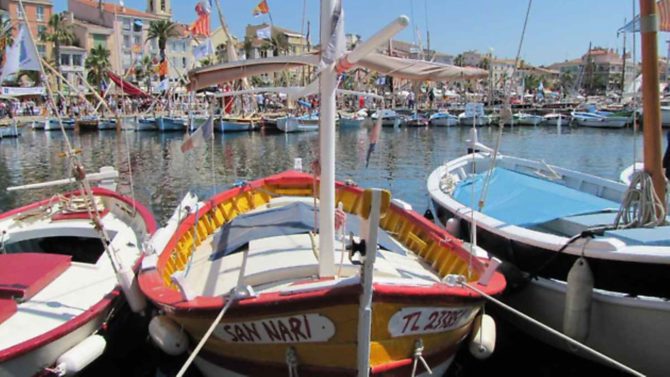 Alongside Paris, the Côte d’Azur is known to be one of the most expensive places in France to buy property. Many people are however drawn to the Provence-Alpes-Côte d’Azur (PACA) region and there is still good value to be found if you are willing to compromise.

The very well-known seaside towns of Nice and Cannes are in the popular Alpes-Maritimes department. According to the Notaires de France, the average resale prices for houses in Nice in January 2018 was €505,600 and for apartments was €3,620/m². Luxury villas and apartments, however, can go well beyond this to in excess of €10,000/m².

As Nice airport is based within the city those looking for proximity to an airport and the amenities offered by a large town – but who do not want to break the bank – may choose an apartment in one of the less expensive areas of Nice, further away from the Promenade des Anglais and the seafront.

The Var department, which starts just to the west of Cannes and stretches back inland into Provence, has lower average prices than in Alpes-Maritimes. In addition to the tourism industry which is dominant in Alpes-Maritimes, Var also has a dynamic wine- production industry.

The most expensive town in Var is the glamorous port of St-Tropez, where prices in January 2018 averaged €635,000 for houses and €4,580/m² for apartments, but as with Nice the average is brought up by luxury properties. There are, however, lesser known towns and resorts in Var which are well worth considering.

Some 32km from Cannes-Mandelieu airport between Cannes and St-Tropez is the coastal commune of Fréjus. Initially founded by Julius Caesar it is a pleasant mix of Roman ruins, a medieval city and a seaside resort.

Here prices average €400,000 for houses and €3,350/m² for apartments. The higher end of this bracket is taken by villas and new-build properties.

If you are looking for a picturesque port but do not want to pay St-Tropez prices then Sanary-sur-Mer may offer just what you are looking for. The town is as beautiful as St-Tropez but has fewer yachts and more fishing boats, as it is an ancient natural harbour and 12 local fishermen still sell the day’s catch at the port.

Situated just 35km to the west of Toulon-Hyères International airport, Sanary is very accessible, and Alexandra Juster from Côte-d’Azur Home Select points out that “property prices are still lower than the swankier parts of the Côte d’Azur with price variation depending on proximity to the waterfront and whether or not the property has sea views”.

If being very close to the beach is not a priority for you then you might consider a property further inland. A 45-minute drive from the nearest beach in St-Maxime brings you to Lorgues, a beautiful town situated in Haut-Var.

Prices inland are lower on average than the coastal areas and for lovers of peace and quiet, being inland will help you escape the hustle and bustle of the coast in summertime, while still having the benefit of trips to the beach.

Lorgues is situated among the Provençal vineyards within the Côtes de Provence wine region and is surrounded by olive groves and steeped in medieval history.

Those who are drawn to the beautiful turquoise sea and relaxed lifestyle of the south of France should therefore not discount the Côte d’Azur on price grounds, but rather cast their eye over the areas offering better value for money and drive a hard bargain.

Emily Southcombe is an independent property search and relocation agent.