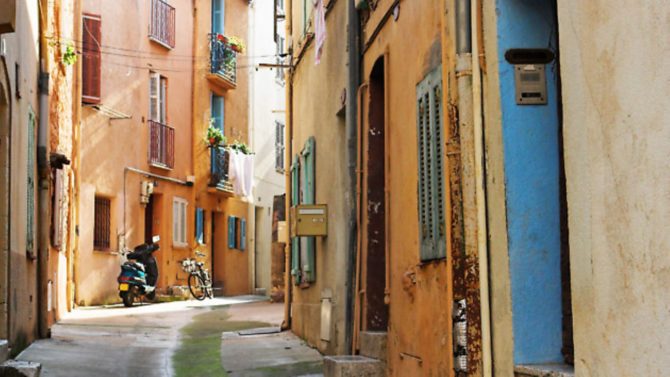 As well as giving you peace of mind, property surveys can help you to work out renovation costs, especially if you have fallen for the charms of an old character home, as John Marshall explains

You may have found your dream period property, but before you sign on the dotted line, you need to ask yourself the age-old question: Is a survey necessary?

The answer depends on you, not the property. Surveyors find as many problems in modern properties as in old ones and there is no building control run by the local authorities in France as there is in the UK. Plus, there is no certainty that the property was built or the restoration/extension done in compliance with the building regulations code.

Houses with a floor area of less than 170m² do not have to be designed by an architect or a professional of any type. The planning permission process does not require technical drawings showing such things as beam sizes or depth of foundations; it concentrates more on floor area, height and external appearance.

If the works are less than 10 years old and they were done by registered and insured contractors, there should be a guarantee – but how good is the guarantee? It is not uncommon for insurance-backed guarantees to have lapsed because premiums were not paid and for some of the contractors in a project to be insured and others not. That is why homeowners can take out their own insurance against failure or absence of the contractor’s insurance. This is expensive and is not always taken out, and if it has it could be the cheaper type that is not transferable to you, the subsequent owner. You can’t buy this insurance as a subsequent owner at a later date.

Damage caused by subsidence is not covered by property insurance of French properties, be it provided by a company in France or in the UK.

Furthermore, a properly built and insured modern property less than 10 years old could have been improved in an inappropriate way by the owner, rendering the original insurance invalid.

Finally on this point, as surveyors we are often asked to check over new-build properties before handover. Regrettably, even with those built by major national companies, more often than not we find problems that need to be rectified before the final papers are signed. A national company usually relies upon local sub-contractors and the quality of work can vary tremendously.

Most French lenders do not require a survey or valuation. If the loan-to-value percentage is sufficiently small, say 70% or less, and the price being paid is in line with the published average figures for recent sales in the area, their risk is minimal and they are content. Unlike in the UK, they usually do not send a valuer to inspect the property who would report any obvious problems.

The diagnostique reports that have to be provided by the vendor generally relate to the health and security of the occupiers. They warn you about the risk of poisoning and electrocution, for example. They also tell you if the area is at risk from flooding, or if there is industrial activity nearby, and give you an idea of the property’s energy consumption.

In some areas you will be given a termite report, and this is the only one that relates to the structural stability of the property. You will be told if there is old or live evidence of termites and perhaps if there are signs of other insects or wood rot. You will not be given advice on the remedy or the cost. If there is a private drainage system you will be told whether or not it complies with current regulations, but not the cost of bringing it up to standard.

There is a commonly held view that if a property has stood for over a hundred years, then it will last for many more.

This, however, is not necessarily true; even a mountain is constantly being eroded and changed by the weather, so a manmade building is even more susceptible if it is not properly constructed or maintained.

Water is the enemy of buildings. It can be controlled and managed but if it is allowed to enter parts where it should not go, significant damage, sometimes initially unapparent to an untrained eye, can be caused. A building does not remain completely motionless; it expands, contracts and settles, much as we breathe. This movement can be managed, it can be unthreatening to the structure or it can pose a significant problem. As surveyors, we are frequently called in by clients who have bought a property that ‘looked OK’ but down the line started to display major problems that had been concealed, appeared minor or even went unnoticed.

Sometimes this can be resolved financially for them by the courts but it is a long, drawn-out and expensive process that takes its toll on their enjoyment and peace of mind.

If restoration, improvement or extension is planned, it may not be apparent what is and is not possible to achieve, or what the best methods to use might be. Sometimes alternatives can be seen by fresh eyes.