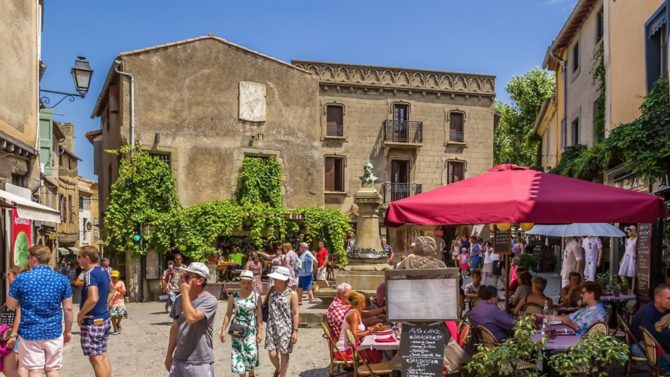 When Britain leaves the EU will Brits living in France need to apply for residency and work visas, be able to access healthcare and vote in local elections? Will Brits still be able to retire in France? As Article 50 is triggered, we try and answer these questions

What rights do Brits currently have?

As EU citizens, British people currently have the right, enshrined in the Treaty of Rome, to live, work and study in any one of the other 27 EU countries. Further, they have the right to access public services such as healthcare and schools and to vote in and stand for local elections. An estimated 1.2 million Brits have used these rights to live in other EU countries with an estimated 300,000 living in France and an estimated 3 million EU citizens live in the UK.

How has Brexit affected this expat family in France

Nothing will change immediately

Firstly, it is important to remember that Britain is still currently a member of the EU and so none of these rights have changed. Once the UK government has triggered Article 50 there is a two-year period in which to negotiate Britain’s exit from the EU and the country continues to remain part of the EU until the end of the two years or earlier if a deal is agreed before then. So nothing will change in the immediate future.

Many lawyers have argued that existing expats – both Brits in the EU and EU citizens living in Britain – have acquired rights under European and national laws that cannot be withdraw even if the UK is no longer a member of the EU. Several candidates in the Conservative leadership contest have committed to guaranteeing the rights of EU citizens in the UK and expressed the belief this will be extend to British citizens in the EU. However, this will be the subject of exit negotiations.

British citizens living in France who are eligible are being advised to consider applying for French citizenship. This would give them dual nationality and the same rights as French nationals and EU citizens. There are a number of criteria to satisfy including living in France for a certain period, successfully integrating and demonstrating a good grasp of French.

What are the politicians saying?

In return May said: “I expect to be able to do so [guarantee the right of all EU citizens in the UK to stay], and the only situation in which that wouldn’t be possible is if British citizens’ rights in European member states were not being protected”.

Although there are no specific details on issues like visas and healthcare access, this commitment from both leaders will offer hope to British expats in France for their futures once Britain leaves the EU.

Will I need a visa to live and work in France?

This will depend on the outcome of negotiations between the UK and the EU and France. I Britain remains part of the EEA then it will most likely have to accept the principle of free movement and so nothing will change.

However, it is possible that once Britain has left the EU Brits moving to France will have to apply for an EU Blue Card (the European version of a US Green Card) or a residency visa in order to live and work in France in the same way as other non-EU citizens.

Non-EU residents have to apply for a residency visa in order to stay in France for longer than 90 days and then a carte de séjour. This has to be renewed each year until they are eligible to apply for a 10-year carte de séjour. In order to be granted visas they have to satisfy certain criteria including being able to demonstrate they have sufficient funds to support themselves in France and proof of medical insurance. This gives you many of the same rights as French citizen – education, work and healthcare – but you cannot vote in elections or hold public office. You will only get these rights if you become a French citizen.

Will I still be able to retire to France?

A large proportion of Brits living in France are retirees living off their UK pension. For them, the falling pound will be a worry as their spending power will be reduced and there is the concern that their UK pensions may be frozen. UK nationals currently claiming their state pensions in other EU countries benefit from annual increases. The same is true of some other countries outside the EU with which the UK has social security agreements. However, in some countries, UK pensioners do not receive increases each year, with inflation reducing their spending power.

At present (and for the next two years during the withdrawal negotiations), if you qualify for a UK state pension you can claim it in France and have it paid directly into a French bank account in euros without incurring any transfer fees or bank charges. Private pensions are normally paid in sterling into a UK bank account and have to be transferred into a French account.

Expats who work in France and pay social charges are entitled to the same state healthcare as French residents. However, retired British expats have their healthcare paid for by the NHS via the S1 form and are naturally concerned about whether this will continue once the UK has left the EU. They may have to take out private health insurance if the S1 system no longer applies but this will depend on the outcome of negotiations.

Those who have lived in France for five years can apply for French citizenship which provides access to all the same rights and benefits as French citizens.

Can I still vote in local elections?

As EU citizens British residents in France are entitled to vote and stand as candidates in European and local elections and also stand for election as local councillors. It is possible this will no longer be the case once Britain leaves the EU – this will be one of the rights up for negotiation. However, if you are granted French citizenship then you have the same rights as the French and you are permitted to vote in and stand for election.

What are the tax implications of Brexit for British expats?