My France: Taggart and Two Doors Down actor Alex Norton’s love of Languedoc 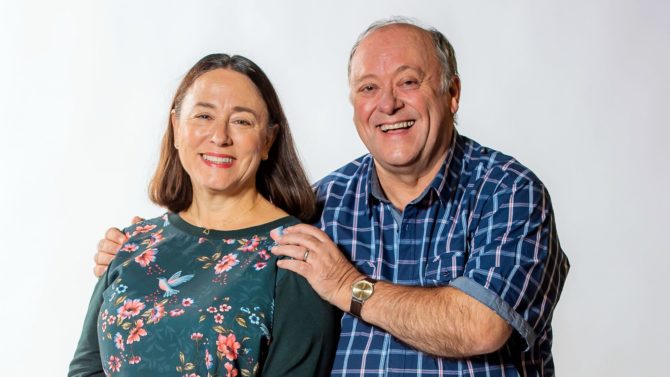 Alex Norton is best known to most of us for his starring role in the great BBC comedy Two Doors Down and before that, he starred in Taggart. But there is much more to Alex than that – he has also starred in Pirates of the Caribbean, Patriot Games and many other major film hits. What’s more, he has a home in the land he loves – France.

When did you first fall in love with France?

My first taste of France was in 1972 on a week’s holiday in Paris with my girlfriend. We stayed at a cheap hotel I found in a book called France on Five Dollars a Day by Arthur Frommer. I thought Paris was the most romantic city in the world – and I still do.

And you have a home in France?

Yes, in 2003 my wife and I bought a medieval house in the heart of a beautiful village in the Haut-Languedoc Regional Nature Park. The house, although liveable, needed quite a lot of work doing to it (much, much more than the few months of toil and the couple of coats of paint I had envisaged…) but I’m glad to say that five years of blood, sweat and tears – not to mention an eye-watering amount of euros – were all worth it in the end. We love it.

What is so special about that area?

The main reason we chose Languedoc was because the region reminded us so much of the hills and valleys of our native Scotland – only with lots of sunshine, wonderful wines and a warm sea to swim in.

Is it a good place for script learning?

Absolutely, it can be as peaceful as you want but the problem is that I find it hard not to think I am on holiday all the time so scripts are often put aside for ‘tomorrow’ until I start running out of ‘tomorrows’!

Is your French fluent now?

I wish it was! My wife speaks excellent French and I thought I would soon catch up with her fluency, but I’m sorry to say that even after 18 years of home-ownership, my French is at best, just passable.

What appeals about the French way of life?

I can’t comment on every aspect of French life, but certainly in our little corner of the country I’ve found the local folk in general and our neighbours in particular to be friendly and welcoming. In all my years of travelling round the region, I’ve seldom encountered anyone being less than pleasant and helpful. I very much admire their laid-back attitude to life – so different from the frantic pace of almost everyone in busy London.

Are you a fan of French cuisine?

I’m a real seafood lover and happily the fresh fish, squid, prawns and oysters from the little restaurants dotted along the nearby coast are absolutely wonderful. If I had to choose a favourite dish though, it would be bouillabaisse every time. And at the risk of blowing my own trumpet, I can say with experience that I can rustle up a pretty good one myself now.

So what do you like best about your French home?

The thing I like most about my home in France is that it reminds me very much of a medieval ‘keep’ in the Scottish border country. Built of sturdy stones in the 16th century, it even has its own pigeonnier, which is now a lovely, self-contained apartment with a beautiful bedroom. I really love the place.

Could you see yourself living permanently in France?

There’s no reason I couldn’t but I’m quite happy at the moment to have a foot in both camps – although I wouldn’t rule it out as a possibility in the not-too-distant future.