6 reasons to retire to Pau in south-west France 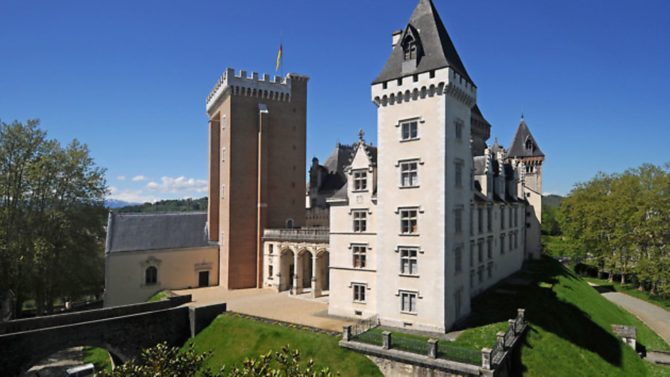 1. It’s the best place to retire in France

An article published in Forbes magazine in November 2014 ranked Pau, capital of both the Pyrénées-Atlantiques department and the historical province of Béarn, as the sixth best place in the world to retire. The small city with around 80,000 inhabitants is certainly in rather impressive company – the Algarve in Portugal came top of the list, with the remaining five destinations in the top seven to be found in Colombia, Philippines, Thailand, Malaysia and Ecuador.

The classification was based on the annual Retire Overseas Index published by the website liveandinvestoverseas.com. According to the site, statistics were compiled based on criteria including the quality of the climate, cost of living, the level of crime, entertainment, the importance of the expat community and the property market. The website’s Kathleen Peddicord described Pau as a “green city with exceptional views of the Pyrénées”, while other attributes that were mentioned included the attractive pedestrianised centre, the low crime rate and the quality of healthcare services.

With so much on offer in Pau you might be expecting to have to pay a premium to live here, and while the average house price is above the national average of €158,000, it is by no means the most expensive part of the department to live in. Property prices have been falling in Pyrénées-Atlantiques since 2007, and fell by 3.2% over the 2013-2014 period. The average price across the department is currently €212,000 but this falls to €190,000 in the Pau sector, which is also some €130,000 less than the most expensive sector of Bayonne.

“Despite being one of France’s most wealthy populations per capita, property prices in Pau and the surrounding countryside remain relatively accessible. In short, Pau provides a comfortable lifestyle in a beautiful and peaceful environment and offers a host of activities for its residents,” says Edward Landau of estate agency Le Bonheur.

Thanks to Pau’s unique geographical position in the foothills of the Pyrénées, the scenery is nothing short of spectacular either, with breathtaking views of the mountain range. An ideal base for skiing during the winter, Pau is also within easy reach of the major towns of Bordeaux and Toulouse, so there’s plenty to do all year round. And with 1,877 hours of sunshine each year – just 10 fewer than the nearby coastal resort of Biarritz – the climate is more than accommodating. Pau-Pyrénées airport, served from London by low-cost airline Ryanair, is just 10km from the city, which is also on the TGV line from Paris, so it’s easy to get there too.

You’ll find plenty of duck on the menu, along with the traditional soup Garbure, jambon de Bayonne, creamy brebis cheeses and poule au pot, a whole chicken cooked in a pot with onions and potatoes, all washed down with a glass of dry white Jurançon. “Eating out is inexpensive with a three-course lunch with wine costing under €15,” says Joanne Davey of French Character Homes.

Popular sporting events include the Grand Prix de Pau, which sees cars racing around the city’s streets, and Les 4 Étoiles horse race, and the city is also known for golf and cycling (Pau regularly appears on the Tour de France route). The colourful annual carnivals are not to be missed either.

The Château de Pau dominates the centre of the city and is famous as the birthplace of Henry IV, the 16th-century king of France. His mother Jeanne d’Albret crossed into France to ensure her son would be born there, and it is said that the baby’s lips were moistened with the local Jurançon wine and rubbed with garlic shortly after his birth. When Henry IV left Pau to become King of France, he remarked that he was not giving Béarn to France, but giving France to Béarn.

The château was also used by Napoleon as a holiday home during his time in power, and a small garden within the grounds was a favourite with Marie Antoinette, who regularly tended it during her summer visits to the city.