4 ports of call in Brittany and Normandy 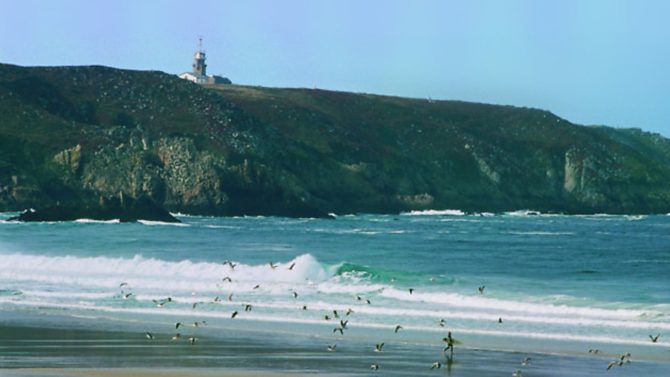 Arriving on France’s north-western shores, Ben Palfreyman sets off to explore the attractions and property of four major ports

Often, your arrival in a foreign city can be quite uninspiring. Most international airports look pretty much the same, and it’s not until your taxi or train leaves the confines of the terminals that you start enjoying the many sounds, smells and sights of your chosen destination.

The beauty of Roscoff’s port in Finistère, however, is in its intimacy. From the ferry deck you can almost make out the names of the shops and cafés that huddle along the shoreline, and within minutes of leaving the boat you are on the winding Breton streets, exploring the boutiques or eating at a bustling crêperie. Situated on a stretch of rugged coastline, Roscoff is a true gem at the edge of France, and is relatively unknown despite its stunning architecture and label as a Petite Cité de Caractère. As well as the 16th-century church, and Onion Johnny museum (plotting the history of the onion merchants who travelled to Brittany from the English coast), the town is also the gateway to the Île de Batz, which is home to beautiful unspoilt beaches and rustic hamlets. If you are looking to buy a home in France this area could be a good bet, as the average property price in the Finistère department comes in at €135,300 according to Notaires de France figures, well below the national average of €160,000. The Morlaix sector, which includes Roscoff, is even cheaper, with the average home costing just €115,100, so your money could go a long way.

Long before Breton farmers conceived the idea of ferrying tourists across la Manche, the way to St-Malo was always by sea, and it seems insulting to arrive by any other mode of transport. Since its foundation in the first century BC, the sea has been the city’s closest ally, its wealth coming from the hauls of pirates and merchant sailors. A stubbornly independent city, St-Malo even declared itself as an autonomous republic in the 1590s, and even now it has a very special, exclusive air, which only adds to its charm. This is partly down to the unique character of the awe-inspiring citadel, but also because St-Malo offers the best of, well, most worlds really and provides everything you need within its boundaries. You can while away the morning wandering the cobbled streets, enjoy lunch in a world-class restaurant (the town is reputed to have the highest concentration of seafood restaurants in Europe) and then step beyond the walls onto a sandy beach, where you can either soak up the sun or indulge in some windsurfing for the rest of the day. Buying a bolthole intra muros, or within the city walls, could be the ultimate place for a perfectly chic French retreat, and while it is quite rare for a home to be on the market, I did find a two-bedroom apartment for sale at a reasonable €366,800. The departmental average of Ille-et-Vilaine is a little over the national average, at €180,000, which is identical to that of the St-Malo sector.

Situated at the tip of the Contentin Peninsula in the Normandy department of Manche, Cherbourg was developed as a port by the Vikings in the 9th century, in the place where they first landed in France. Since then, the area has had a long association with war, against the British in the Seven Years’ War and Napolenic era, and as part of the Invasion of Normandy during World War II. If you wish to discover more of the town’s rich history, you can visit the Musée de la Libération and the huge military museum in the Fort du Roule. Exploring further afield, you can take the winding coastal road to visit many Norman villages along the Channel before exploring the D-day beaches. While the sprawling city offers large-scale attractions such as the aquarium and submarine museum, a short drive out of town will take you to secluded bays, sleepy villages and spectacular coastline vistas. Among these is Port Racine which, in contrast to Cherbourg’s naval, yachting and ferry marinas, claims to be the smallest port in France. The average property price in the Manche department is a very enticing €125,900, with the city of Cherbourg coming in at a slightly higher cost of €140,000, which is still significantly below the national average.

While it is perhaps unlikely that many people dream of one day moving to the conurbation of Caen, many Brits start and end their holidays in this busy port. In fact, most never even enter the city, as the ferry port is actually situated a number of miles away in the small commune of Ouistreham. However, this area has much to offer the British holidaymaker or househunter, not just as a gateway to the Normandy beaches and war cemeteries, but also to the chic coastal villages that have long attracted the attention of Parisians looking for a seaside getaway from the city.

The neighbouring resorts of Deauville and Trouville are among the most popular, which respectively offer seaside for the sophisticated and playful Belle Époque architecture. For a more relaxed vibe, Arromanches and Cabourg with their family-friendly beaches and stunning walks are well worth a visit. These seaside villages, all of which are in the Calvados department, can vary hugely in price and while you might expect to pay a premium for a coastal location, the average property price is just over the national average, coming in at €165,000.

Look out for Part 2 of ‘Ports of Call’ next month

Previous Article Ten top things to do in Paris in 2015
Next Article Property pick: ski apartment