11 popular French TV shows you should watch next 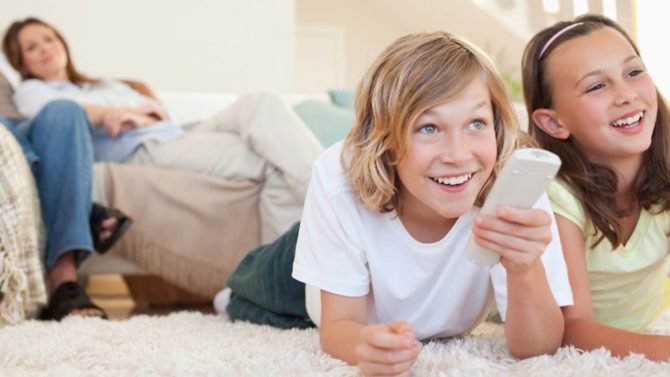 Whether you prefer talent shows or cookery programmes, make sure you catch some of these popular French TV shows and series. After all, watching French TV shows is one of the best ways to improve your French!

This show is structured in a similar way to the Great British Bake Off, with one presenter – currently Julia Vignali, and two judges – Michelin-starred chef Cyril Lignac and food blogger Mercotte. The foodie challenges are similar to the ones Mary Berry used to set her contestants, but there is one difference: for the special challenge, known as the épreuve créative, the judging panel invites an esteemed guest to help them select a winner.

Quiz: How French are you?

Just like Strictly Come Dancing in the UK, a range of famous faces from across France take to the dance floor to show off their moves. The show is a ‘who’s who’ of the showbiz world and keeps viewers entertained with the programme’s colourful mix of sequin-studded costumes.

Headed up by former French footballer David Ginola, this popular show in the same as Britain’s Got Talent and features an eclectic mix of people from across the country determined to entertain and impress the four judges. The winner of the 2016 series was magician Antonio and you can see his winning performance in the video above.

Quiz: What do these French idioms mean?

Struggling French restaurateurs are given some much-needed advice from Michelin-starred chef Philippe Etchebest. The distinguished chef’s language is not as colourful as that of Gordon Ramsay, but he doesn’t hold back when it comes to point out his assistants’ culinary mistakes.

This serial drama is set in the Mediterranean coastal city of Marseille and follows the lives of residents. Full of humour and fast-spoken French, it’s a great programme to watch to enrich your vocabulary, not to mention for the dreamy views over this Mediterranean port city.

Broadly the same as the UK version, this show is presented by well-known French actor Philippe Lellouche, racing car driver Bruce Jouanny and musician and journalist Yann Larret-Menezo. The trio test out the latest releases in locations across France and beyond and will fascinate anyone who loves the BBC’s version.

Rather than let a professional designer transform your home, this show sees an individual homeowner redecorate two to three rooms of their house with the help of experts. The programme ends with the rest of the family discovering the transformation.

This show is almost exactly the same as its trashy British equivalent, Big Brother. Between ten and fifteen people are cut off from the outside world for approximately 15 weeks, locked in the ‘house of secrets’, where every room – except the bathroom – comes with video cameras. Each housemate is tasked with keeping a secret while trying to discover those of their fellow contestants.

This popular show is based on the hit UK show Come Dine With Me and sees five contestants from the same town compete to win €1,000. Each person is tasked with preparing a tasty evening meal for their fellow diners and at the end of the week all contestants have to vote for their favourite.

A spin-off from the UK show Masterchef, this show sees 12 young culinary hopefuls try to impress the jury in various culinary challenges. The judges are made up of professional chefs and other leading lights from the food and wine industry, with one or more contestants eliminated in each episode.

How many of France’s major attractions have you visited?

These are the Alsace villages you should visit