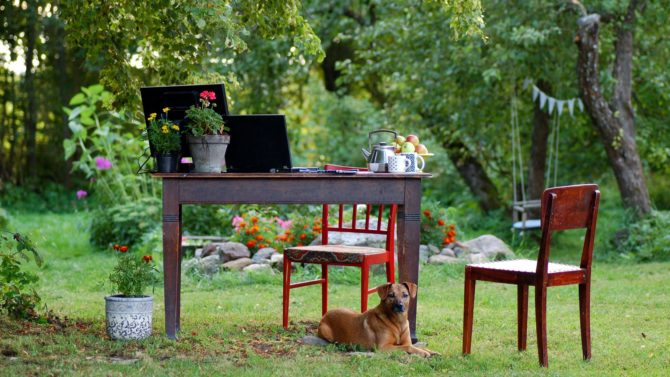 Rural communities have been the big winners so far of France’s Europe-leading efforts to roll out ultrafast internet access, new data shows.

More than six out of 10 French homes and businesses – over 27 million premises – can now get full fibre optic internet if they want it, according to the telecoms watchdog Arcep. And nearly 15 million premises have already installed it.

This is not just fibre up to the local cabinet in the street, but cables that go all the way up to the building, providing an ultrafast connection known as fibre-to-the-premises or fibre-to-the-home (FttP/ FttH). By comparison, fewer than a quarter of UK households have access to this.

Surprisingly, coverage has been improving faster in small French towns and sparsely populated areas than in the major urban centres. For example, in rural parts of Manche, Calvados, Maine-et-Loire and Sarthe, many communes now have more than eight fibre operators to choose from, while the choice is slightly lower in their key towns and cities.

Coverage is also particularly good in the Hauts de France countryside, including Pas-de-Calais just across the Channel from Dover, as well as Corrèze in Nouvelle Aquitaine, the Grand Est region around Strasbourg and the department of Loire west of Lyon. Pockets of Charente around department capital Angoulême also enjoy a good choice of fibre operators.

Check out this interactive map by Ariase.com to see which operators if any are providing fibre in your French commune.

Despite the leap in progress, the roll-out has been patchy. While rural Corrèze is extremely well served by FttP, neighbouring Dordogne has very little coverage. Central Brittany is something of a black hole compared with neighbouring Normandy and the department of Somme is a cinderella to Pas-de-Calais next-door. While communities along the Mediterranean and Provence tend to have good connections, the coverage plummets as you move inland towards the Alps and Pyrénées, according to this interactive map by Arcep.

Fibre-optic cables, which carry data through beams of light, are faster and more reliable over longer distances than copper-based ADSL lines traditionally used for broadband.

In 2013, the French government launched a €20bn plan, France Très Haut Débit, with a target of giving every household access to high-speed broadband by 2022, whether that be through fibre optic or copper-based cables.

However, with households connecting to an increasing number of wifi-enabled gadgets, and Covid-19 prompting more people than ever to work from home, the laying of ultrafast full fibre in France has ramped up and overtaken ADSL connections. The government’s new target is to achieve 100% nationwide full fibre coverage by 2025.

Despite the record-breaking headline statistics, the roll-out is not an unqualified success.

Complaints of faulty installations by sub-contractors have been reported across the country, with the eastern department of Doubs handling 100 complaints a month earlier this year.

And the government has admitted more needs to be done to ensure operators fulfil their promises to offer FttP in cities and other densely populated areas.