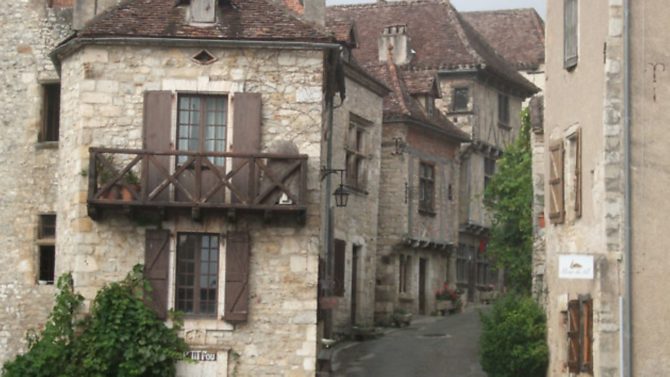 Hidden defects – known as vices cachés – by definition are unknown to both parties, and can be a cause of concern both to a buyer worried that he may inherit a costly problem, and a vendor who may fear he could be sued for something he knew nothing about. French law and jurisprudence (decisions of the court) are fairly prolific on the subject and this article aims to offer some clarification that may help allay some of the concerns of both parties in a typical property transaction.

If you take time to read your French titre de propriété – the blue folder that is the equivalent of your title deeds and which contains a copy of the acte de vente (sale document) – you may be surprised, as a buyer, just how much you have conceded and how few guarantees, as a vendor, you have offered. Invariably, you will find that buyers agree to ‘accept the property being sold in the condition in which they find it, on the day they take possession, with no guarantees offered by the vendor’.

There then follows a long list of conditions which the buyer agrees to accept and which includes vices cachés such as the presence or absence of termites; any faults arising from neighbouring properties that might for example affect the foundations; any existing servitudes, which may be private (such as a right of way) or public (such the right of public utilities to cross or have acess to your property).

At first sight this somewhat draconian list appears to be contrary to French law – notably article 1641 of the Code Civile – which places primary responsibility on the vendor, for ensuring that the property being sold contains no defects. But what has evolved in practice is that notaires have argued it Is unfair and unreasonable to make the vendor responsible for defects and risks of which he may be totally unaware, and as a result notaires routinely include the wording noted above as part of the sale contract.

As a result of what has become accepted custom and practice, for a buyer to later establish a case against against the vendor, he would have to prove that, among other things, the vendor knew of the defect but did not disclose it to the buyer, and/or acted in bad faith. Typical situations where this may arise are when the vendor has contructed the house himself or undertaken major renovations, and is aware that the works do not conform to the correct norms or that the materials used were sub-standard; or that the property or any modification were constructed illegally, for example without planning consent or on land designated as non constructible, quite often because of the risk of flooding.

This type of defect or omission (such as failure to secure planning permission) can become a vice – in some cases a vice grave (serious defect) – when it materially affects the appropriate use and enjoyment of the property, to the extent of rendering it uninhabitable.

In some situations, both the vendor and a potential buyer may be sheltered by guarantess provided by third parties, as is the case with new-builds which are protected by the 10-year insurance provided by the builder.

Vendors are also obliged to provide and pay for increasingly complex technical surveys (lead, asbestos, termites, electrical installations etc), which are undertaken by independent experts who are required to carry their own professional indemnity insurance against errors. In some cases, vendors being sued by a disgrunted buyer may in turn be obliged to sue the person from whom they originally bought the property and from whom they inherited a defect.

Currently omitted from the obligatory technical survey is an examination for dry rot (la mérule) which is more commonly present in parts of north-west France than elsewhere. Dry rot can attack and destroy woodwork, and thrives in dark, damp areas. It is often difficult to detect until serious damage occurs, such as the collapse of a supporting timber or stairway, and needs to be treated promtly and thoroughly to prevent its spreading throughout the property. As such it is one of the most serious potential vice caché and also generally excluded from building insurance policies. If in any doubt, potential buyers are advised to commission a professional survey before commiting to purchase. There is a parliamentary proposal from two years back that has not yet been implemented, to add la mérule to the list of obligatory technical suveys.

French courts take the view that potential buyers are expected to act in good faith and that an acheteur sérieux (prudent buyer) should take all reasonable steps to assure himself of the soundness of the property he is proposing to buy. This can include commissioning a structural survey – comparatively rare in France – by an architect, building expert or surveyor. Note, however, that such surveys may exclude the expert’s responsibility for hidden defects, for example where he has not been able to access all parts of a property. These exclusions are normally written into his report.

As well as defining what constitutes a vice caché or a vice grave as noted above, French law also recognises two further categories – vices apparents and vices mineurs .The first are defects that are or should have been visible or obvious to our ‘prudent buyer’ but not necessarily pointed out to him by the vendor. In this context, I am often surprised by the cursory inspections by some buyers. If you have fallen in love with a property, it is a good idea to take along a third party who can be trusted to remain neutral and if necessary rationalise your decision making.

As their name implies, vices mineurs are described as minor defects that can easily be put right and they are excluded from the scope of legislation concerning vices cachés. Buyers may of course accept the presence of some defects and this would be made clear in the texts of the compromis de vente (intial sale contracts) and the final acte de vente. The vendor can not later be held responsible for these.

Possible future events that could detract from the value of a property after purchase are also normally excluded because they are difficult to predict. These are sometimes described as vices de l’extérieur (coming from outside) and can include future planning consents. What is today a green field opposite your property or classified as agircultural land could undergo a change of use and become a housing estate or the site of a supermarket. You can enquire at the local mairie but current or planned policies may change in the future and there are no guarantees.

Among the legal searches conducted by the notaire at the time of sale are those concerning any right of pre-emption which may exist. This concerns the right of the commune to acquire a property ‘in the public interest’ – for example a road widening scheme. Properties may also be earmarked for purchase if they are close to the site of a high speed rail link (TGV), though those located just outside the compulsory purchase area may be blighted as a result but possibly not compensated. In cases of both pre-emption and compulsory purchase a price is agreed between the property owner and the public authorities, and according to anecdotal evidence the parties reach an amicable settlement in nine cases out of ten. Major schemes – such as the TGV rail link coming into service in 2013 between Perpignan and Barcelona – are known many years in advance, and once again prudent purchasers should make all the usual checks.

While perhaps not strictly a vice, a frequent cause of contention between buyers and sellers is precisely what is included in the sale, by way of fittings, furnishings and furniture. It Is advisable to draw up a list agreed between the parties and have this included in the sale documents. Buyers should visit the property immediately before signing the final sale document to ensure that everything has been left in place as agreed.

HOW TO MAKE A CLAIM

For a claim to succeed against a vendor, the unhappy buyer faces a number of potential legal hurdles. Among these is the concept of bref delai (short time) elapsing between the discovery of a defect and starting an action in the courts. This has generally been ruled as about 12 months and unscrupulous vendors determined to evade their legal obligations may try and extend the process of out of court settlement beyond this period, knowing that it weakens the buyer’s chances of later pursuing a successful court action.

In all cases, French courts recognise the differencs between a non-professional seller, acting in good faith, and what are described as professional vendors. The latter includes builders and developers, marchands de biens (those who buy and resell properties as a business) and may even extend to third parties such as estate agents. Professional sellers are not permitted to propose a property conract to a non-professional buyer which may disadvantage the latter. In the case of new-builds there is a raft of legislation covering vices de construction which are normally regulated under the terms of responsabilité décennale (10 year obligation) and the garantie de parfait achèvement (guarantee covering satisfactory completion) provided by the builder.

The results of winning a court action, itself a lengthy and expensive process, can best be described as mixed. Awards can include annulment of the original sale and restitution by the vendor of all or part of the purchase price paid. An alternative remedy may be an order for the vendor to put right the defects complained of. However, if the property is judged to be beyond repair or has been demolished as unsafe, such an order cannot be carried out. Damages and interest may sometimes be awarded, particularly against a professional vendor who acts in bad faith and deliberately conceals the presence of a vice caché which he ‘could not have not known about’. However, it should be remembered that both private vendors and small time builders and developers can declare themselves bankrupt and effectively escape their legal obligations, leaving the claimant with little practical chance of redress.

In all cases it is essential to take professional legal advice as legislation can change and decisions of the courts challenged or amended.

Peter-Danton de Rouffignac MA LLM lives near Perpignan and advises on all aspects of property buying in southern France. www.FranceMedProperty.blogspot.com