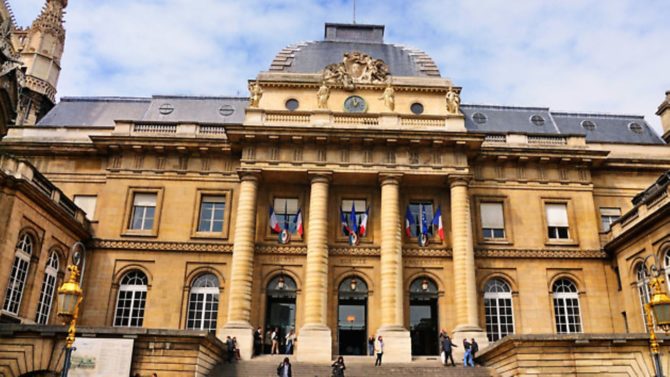 Article L271-1 of the French Construction Code provides that any non-professional purchaser of a residential property has a seven-day cooling-off period during which they can withdraw from a transaction without any reason.

This can give rise to problems, especially as it does not exist in UK law and the rules surrounding it are technical.

There are regular court cases about it and two recent ones are set out below.

Court case one: In this example, a purchaser had signed a contract to buy a property and then gave notice within the seven-day period to withdraw. However, immediately after withdrawing, the buyer changed his mind again, decided he wished to purchase and took steps to complete the transaction, although ultimately the transaction did not complete.

The buyer was sued by the seller for damages and by the estate agent for loss of commission.

The court decided that the buyer was not liable as once he had withdrawn from the transaction within the seven-day period it was impossible to resurrect the contract. The only way this could have been done was by signing a fresh contract with the buyer and again giving him seven days to withdraw.

Article L271-1 gives only a ‘non-professional’ buyer the option to withdraw within seven days. A ‘professional’ buyer such as a property dealer or property company does not have the benefit of this delay, which makes sense as people operating in the property industry are deemed to be experienced and thus not in need of this form of consumer protection. There is a difficulty in France with SCIs (property holding companies) because EU law and many countries outside France view any company as a professional buyer and define non-professional buyers as physical people i.e. individuals.

However, under French law it is possible for SCIs to be viewed as ‘non-professionals’, thus benefiting from the cooling-off period.

Court case two: In a famous case involving Villa Léopolda near Monaco, a contract to purchase was signed by a company.

The buyer refused to complete on the basis that he had not been given his rights to withdraw under article L271-1 and asked for the return of his deposit. The buyer claimed that article L271-1 did not exclude companies from the category of ‘non-professional’ buyers if the property was to be used as a residence for individuals.

The supreme court rejected this, stating that the buying company was going to purchase the property and manage it by letting it out, and as such the company was not a ‘non-professional’ purchaser.

If you are selling to a company it is still advisable to proceed on the basis that the seven-day cooling-off period may apply and serve the cooling-off notices as a precaution.

FIRST REFUSAL BY THE MAIRIE

In most residential purchases in France the local mairie has a right of first refusal over a property for sale. In practice, the notaire will insert a suspensive condition in the contract providing that if the mairie exercises its right to purchase then the contract will become null and void as the purchaser can no longer acquire the property.

In a recent case a property was sold on this basis and the mairie exercised its right of pre-emption by offering to buy the property from the sellers, but at a lower price than that previously agreed. This was not acceptable to the sellers and the price was then fixed by a judicial process.

The only way in which his right to purchase could be resurrected would be if the decision of the mairie was annulled retroactively, which was not the case here.

It is a good idea to be extremely careful about the drafting of any suspensive conditions. Often they are presented to the parties as standard conditions which can be accepted without any thought.

They need to be carefully considered in the light of the circumstances surrounding each individual property and the consequences of failure in whole or in part to satisfy the suspensive conditions should be considered carefully.

SIGNING CONTRACTS AT AN ESTATE AGENCY

Signing a contract in French at the estate agent’s office with limited understanding of the document and no legal advice can, not particularly surprisingly, have unhappy consequences.

This was highlighted in the case of a seller who signed a contract at the estate agent’s office to a cash purchaser without any legal advice. Under French law there is always a deemed condition that a buyer can withdraw from the transaction if he cannot obtain a mortgage. This can be removed if there is an express renunciation of this right written out in manuscript by the buyer, which did not happen here.

When the purchaser ran into financial difficulties and could not complete, the seller sued both the notaire and the estate agent on the basis that they should have advised him that the buyer could withdraw from the contract on the grounds of not obtaining a mortgage unless he had expressly written out the renunciation of a mortgage in the contract.

As far as the notaire’s liability was concerned, the court decided that the seller had no claim against him. The contract had been signed before the parties contacted the notaire’s office and the notaire was not in a position to redraft the contract at that stage. The notaire’s obligation to give professional advice did not extend to a contract which had already been conclusively formed.

The key point to take away from this is that it is always sensible to obtain comprehensive legal advice whether you are a purchaser or a seller before you sign any contract.

DEFINING WHAT YOU ARE BUYING

It is important that the property is properly defined in the contract.

Court case one: Last year, two parties drafted an agreement between themselves stating that the buyer would buy “the house to the right of the bakery with land of about 3,500m²”.

The seller refused to complete the transaction and was sued by the buyer in an attempt to force the sale to progress.

The court decided that the contract was not valid because although there was a rough description of the property the area mentioned was imprecise and the contract did not indicate the land registry references or the parcels of land to be sold.

Because the object of the contract (the land) was not sufficiently defined there could not be an agreement between the parties.

If you are purchasing land you need to make sure it is properly described in the contract and if necessary have the area surveyed by a géometre and a plan attached to the contract.

Court case two: In France, the Carrez law requires the living area of a residential property to be clearly stated.

In another case, the seller agreed on the sale of a flat with a stated square area of approximately 86m² for €200,000. Three days later the flat was officially measured and the area was deemed to be 77m² with a communal area.

The buyer said that he was willing to proceed with a reduction in price to reflect the true area of the flat. The seller refused to complete and the buyer sued for damages.

Article 46 of the law of 10 July 1965 gives the buyer the option to have the contract declared null and void if the area is not stated. This right can be exercised up to a month after completion.

If the correct area is more than one twentieth less than the stated area then the buyer can reduce the purchase price proportionally. The court held in this case that article 46 applied and that the buyer could purchase the property and reduce the price.

This case shows that the French courts will strictly apply this law even if there are arguments that there may have been an error in the contract as communal parts were said to be included in the sale, which was legally impossible.

Last year, a seller sold a commercial property. One of the clauses in the transfer stated that the property had been polluted but had been cleaned up by another company which was certified by that company. The last tenant had also prepared a file showing the state of the property when it left, which included returning it to its unpolluted state.

After completion the buyer discovered the de-pollution had not been carried out and sued the seller for the cost of carrying out these works.

The seller claimed that it had provided the buyer with all the documentation it had in its possession and the claimed steps which had been taken to remove the pollution. As the seller had not personally agreed to remove any pollution from the site and the buyer had knowledge of the issue before completion, the seller argued he was not liable.

The court decided in favour of the purchaser on the basis that there was an obligation under the contract for the sellers to deliver to a site which was not polluted.

This shows the necessity of carefully drafting clauses when the veracity of the clause turns on the steps taken by a third party to the contract.

Previous Article Back to nature
Next Article Changing fortunes