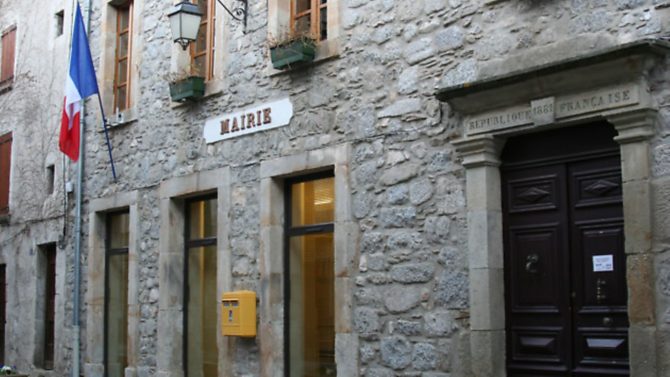 One of the nightmares that often plagues potential vendors of their French property is that the local mairie will step in at the last minute and try to buy the property for less than its market value, forcing the owner either to accept a loss or withdraw the property from sale.

Fortunately, it is not quite as simple as that and in the very rare event that the local commune wishes to assert its rights of pre-emption, there are well-established rules and procedures to protect the vendor to ensure that any public purchase is justified in the broader interests of the local community.

Statistics are vague about the number of properties compulsorily puchased in France but estimates suggest they may be as low as 0.6% of all transactions – the vast majority of which result in an amicable financial settlement that is satisfactory to both parties.

If you are concerned about this situation, this article describes the procedures and what you may need to do to avoid having to sell your property at a loss.

Most French communes above a certain size will have drawn up a town planning scheme known as the POS or plan d’occupation des sols. This basically designates the different sectors as industrial, commercial, residential (normally all within one or more zones urbanes), agricultural, liable to flooding or other risks, and areas of particular natural beauty. Different regulations will apply to properties situated in each zone, including any right of pre-emption by the commune.

A law of 1975 originally referred to these as zones d’intervention foncières (ZIF), but they were changed by a 1986 law which replaced the ZIF with new regulations covering a commune’s right to buy. These were reinforced by the loi SRU of 2000 and 2003, with the latter more or less governing the situation as it is today. Detailed rules and guidelines are set out in the comprehensive Code de l’Urbanisme.

As a result, a commune with a POS or a PLU (plan local d’urbanisme) can draw up rules governing its rights of pre-emption of properties within certain zones. Theoretically, any property covered by the commune’s right of pre-emption (in French known as its droit de préemption urbain or DPU) can be compulsorily purchased.

There are also strict rules and timescales that must be followed. One of the cardinal principles is that in order to exercise its right of pre-emption, the mairie (or other designated purchasing authority) must justify its actions by proving that the purchase is in the interests of the community.

Typically, this includes land or property needed to create or enlarge public facilities, such as for the widening of roads, the extension of public buildings or improvement of facilities.

In the event of disagreement, the commune would have to argue its case in court if, for example, it was trying to coerce an unwilling vendor to sell a property at below its market value.

The different stages in the process are described below.

The local mairie is usually first advised of a property coming onto the market when, as a part of the sale transaction process, an owner has found a buyer for his property and instructed his French notaire to prepare the pre-sale document (known as le compromis de vente).

As part of his duty to conduct searches as to legal title, possible rights of way etc, the notaire will contact the local mairie (using form DIA) to check if it intends to exercise its rights of pre-emption. The mairie must reply within two months and if it fails to reply, the sale can proceed on the assumption that it does not wish to exercise its right of pre-emption (as is the case with an estimated 99% of sales).

This non-reply is valid indefinitely but only in the case of the vendor and the price stated in the original DIA. If the property were to be bought by a private buyer who subsequently decided to sell, the mairie could decide to exercise its right to buy (it may have received the required funding or social needs might have changed, for example).

If the mairie decides it wishes to buy the property, the vendor’s asking price may be offered, in which case the sale can proceed normally. Note, however, that the commune benefits from delays of up to six months before it is obliged to hand over the cash, which can seriously inconvenience a vendor wanting to complete the sale transaction as rapidly as possible. Meanwhile, his original buyer will have to look elsewhere for his dream property in France.

Anecdotal evidence suggests that in the majority of cases, a vendor faced with a compulsory purchase reaches an amicable settlement with the mairie with regard to price. In negotiation, both sides will have to argue their case for the ‘true value’ of the property, the mairie using a special government department responsible for evaluating buildings within the public sector.

The vendor will normally rely on professional valuations by qualified estate agents, evidence of local market prices and the records of Notaires de France, which record at what price similar properties were sold locally.

Matters can reach the courts, where the owner can present his case before a judge and may additionally insist on seeing the evidence used by the commune to justify the price it is offering – and if appropriate, its need to compulsorily purchase the property in question.

This situation is normally unsatisfactory to both parties, particularly if the vendor decides to withdraw the property from sale and finds himself left with a property he cannot sell at the price he wants. His only recourse is to try and negotiate or readvertise the property and see if the mairie responds with another attempt to compulsorily purchase.

The owner is allowed to appear in person before the judge, but it may be wise to use an experienced avocat unless your French is near perfect and you are familiar with the court procedures.

If there is the least concern that a property you own and may wish to sell could be the subject of compulsory purchase, it is advisable to enter into discussion with the mairie as early as possible. This might be done by an agent asked to handle the sale or through your notaire.

In the case of sales between a private vendor and a private purchaser, the mairie may not know of every property that is actually on the market.

Some commentators suggest the mairie keeps abreast of what’s going on by monitoring estate agents’ ‘For Sale’ signs and advertisements in local property magazines. So in the case of a private sale, it is a good idea to check first that no right of pre-emtion will apply.

In all cases, the first formal notification of an impending transaction will be the notice (DIA) submitted by the notaire when the initial sale contract is signed, to which hopefully the mairie will promptly reply, in order to help reduce the delay between initial signature and final completion as far as possible.

I have experienced one compulsory purchase locally, involving an apartment building next door to a local mairie which needed more office space, and gradually bought and moved into apartments as they became vacant.

There were no reports of conflict at the time, so I assume an amicable agreement was reached in each case, and some owners actually approached the mairie themselves with offers to sell as their building started to fill up with town hall officials!