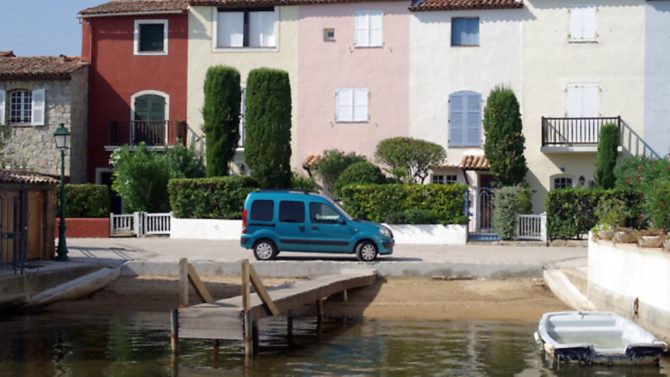 No matter how idyllic the French home you’ve found might be, Matthew Cameron defends the legal benefits of conducting a survey before handing over the money

There are a number of differences between the systems of English conveyancing and the sale and purchase of French real estate. I have always found that it is helpful to understand the French vente immobilière process by comparing and contrasting it with the English conveyancing process.

Several years ago, it was proposed in England and Wales that anyone selling a house would have to provide a set of inspection reports that would be produced to any prospective buyer. These reports were intended to establish the overall state of the property for the eventual buyer.

In the end, much of the proposed Home Information Packs (or HIPs) were dropped, although an energy efficiency certificate is still required, and these are now a recognised part of the English sale process, appearing on agents’ particulars. A similar symbol will be seen on the particulars from a French agency now as well.

In France, however, a lot more information is provided. Anyone who buys a property in France will know that the first contract must have various inspection reports attached to it, known as diagnostics. The reports are provided for information, and it is important to understand exactly what they cover, what they mean and what they do not tell you.

The nature of the searches to be carried out depends on the age, location and type of the property. If you are buying an apartment, for example, there will be a measurement to establish the internal surface area. In many areas in the south and west of France there will be a termite inspection.

In addition to these inspections relating to the property itself, information must be provided about the physical status of the region, such as any known history or future risk of flood, landslide, avalanche, forest fire and so on. This report will give a picture of the whole area so don’t be surprised if it notes a history of avalanche in an Alpine resort. The two points to pick up from this are that it is important to establish in the contract that no such incidents have affected the property to be bought, and whether there are any limitations on building because of known risks.

These inspections can, however, be somewhat limited. The termite inspection, for example, would only declare active infestation if the inspector saw them, but without actually breaking the surface of the wood.

It might be understandable that the inspection would not be required to break the surface of any woodwork, but that does mean that the inspector will not declare that the property is free of termites, rather that he could not see any evidence of their presence on the day. Furthermore, the inspector would not declare if a previous infestation had left the woodwork so damaged it was about to cave in. The result is that the inspections are strictly limited and do not replace the benefits that can be gained from commissioning an independent survey. A good surveyor will impart his or her experience of property construction practice and local regulations, as well as reporting on the overall integrity of the building. It may establish if there is evidence of any previous work to the property that has not been carried out well. The inspector may be able to offer an opinion as to whether there is any evidence of movement in the property, and whether this is apparently ongoing or perhaps historic and now not progressing.

Benefits of a survey

A prudent buyer will usually commission a survey before moving on to sign the initial purchase contract, the compromis de vente. This reflects largely what would happen as part of the normal course of events in an English conveyancing process: the seller and buyer would agree a price in principle, but before they proceed to exchange of contracts, the buyer often commissions a survey.

It is occasionally the case in France that buyers can be enticed to sign the compromis, and then have their survey done during the period just afterwards, the suggestion being that if the survey were to reveal anything particularly untoward the buyer would be able to rely on the right to terminate the transaction during the seven-day cooling-off period.

This can be both limiting and risky, however, as if the surveyor is not able to inspect and report for any reason within that short window, then one of the points of the survey will have been rendered useless. Furthermore, if the survey does reveal any issues of concern, the buyer is only in reality left with the choice of accepting the situation as it is or withdrawing entirely from the transaction.

On the other hand, if the survey is carried out before the first contract is signed, then any problems identified with the property could be used in the negotiation of the purchase price. In that way, a new compromise on the price could be achieved, or, indeed, the buyer could walk away from the deal.

Commissioning a survey before signing the compromis de vente should not in general slow down the process excessively. It would normally take a few days to prepare a draft of the contract and the buyer may well be offering this draft contract to a specialist firm of solicitors for scrutiny as well.

One would hope that during that preparation and approval period for the contract, a surveyor would have been able to visit and make a report. In any event, it is once more sensible to assimilate a purchase in France to the situation in England: if you would automatically commission a survey when buying a holiday home on this side of the Channel, then it is perfectly prudent to take the same steps to protect your investment if you are thinking about buying in France.