Tax and residency: How long can we spend in France? 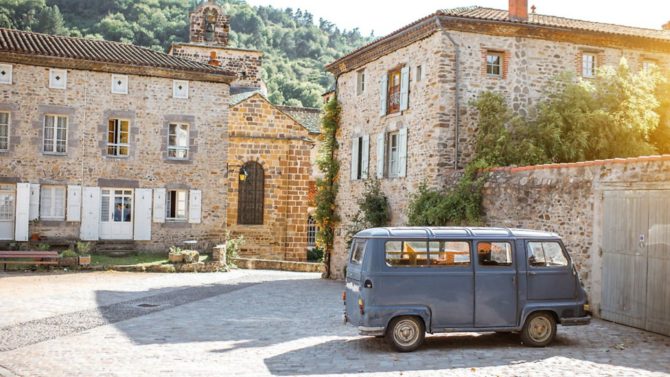 What are the rules on how long you can stay at your French holiday home without being a resident? Jason Porter has some answers

So you own a holiday home in France and would like to spend more time there? Clients sometimes ask me what the rules are about extended stays in France and whether or not they would automatically become tax-resident if they spent more than 26 weeks a year there.

It is important to realise the distinction between legal residency, which is the legal right to reside in France, and residency for tax purposes, which determines whether you are taxed on your worldwide income and gains in France or just that arising in France.

Very simply, if you spend more than 183 days in France in a French tax year (the calendar year), then you will be regarded as resident for tax purposes for the whole of the year. You can also be regarded as French tax resident on less than 183 days if the tax authorities regard France as your main home (your foyer), which embraces the ideas of permanence and stability and ignores temporary absences.

Alternatively, you can also be tax resident if your principal activity is in France (e.g occupation, or your main income arises there), or if it is where most of your substantial assets are located.

Becoming a tax resident means potentially your worldwide income and gains are taxable in France. It is also likely you would retain your UK tax residence. Without going into great detail the UK’s Statutory Residence Tests means it is now more difficult to give up UK tax residence, particularly if you are going to continue spending three to six months in the UK per year on an ongoing basis.

France or UK: Where do I pay income tax and will I get charged twice?Paperwork power: How to set up accounts for your French property

Miam miam! Buy a home near one of these delicious French market towns

Ending up as a dual resident does not mean you pay tax twice: the double tax treaty between the UK and France means overall you should only pay tax at whichever is the highest marginal rate on each source of income and/or gains, but you may have to pay social charges in France, without the ability to set these off in the UK.

With regard to legal residency, at this exact moment the UK is a member of the EU, and the Freedom of Movement rules mean you can move to France without having to secure a residence visa or permit (unlike most other EU countries, France does not ask that you apply for a residence card after 90 days). However, as Brexit approaches, most UK nationals living in France are trying to regularise their legal residency position and applying for their residency cards.

Currently, applications for temporary (renewable annually for five years) or permanent (issuable after those first five years have passed) residency cards can be applied for in France. The main factor is establishing you will not be a burden on their social system, so you are required to have a minimum level of income and qualifying medical cover. This income roughly equates to French unemployment benefit or state pension.The deal negotiated under Theresa May’s leadership included a transitional period, during which the current rules would remain in place. What the subsequent rules might be is difficult to say, but a worst-case scenario would be that of ‘third state’ at the moment ‒ visitors to France from a nation already outside of the EU. In this case, most of the time third-state visitors can spend up to 90 days in France during any six-month period. Once you know you are going to be present for more than 90 days, then you need to apply for a residence card, the type of which will depend upon your personal circumstances, and the reason for your visit.

This application must be made at the French consulate in the country of origin ‒ in this case the UK. An application under the rules of a third state tends to have higher minimum income requirements, which can equate to the level of the French minimum wage.

France has put in place legislation to try to smooth the situation of a no-deal Brexit, allowing UK nationals more time to formalise their position, but this requires the UK to reciprocate with similar legislation, which at the moment has not been introduced by the UK. This bill enables UK nationals living in France to have the right to remain without a permit and to access existing rights for a 12-month period, giving them a one-year window in which to acquire formal residency and more favourable treatment than other third-state nationals.

At this moment, there does not appear to be an easy solution post-Brexit for those people who like to spread their time between the UK and France, without having to apply for a French residency card, though this may well be resolved once the two countries begin to discuss the more granular issues impacting visitors between the states.