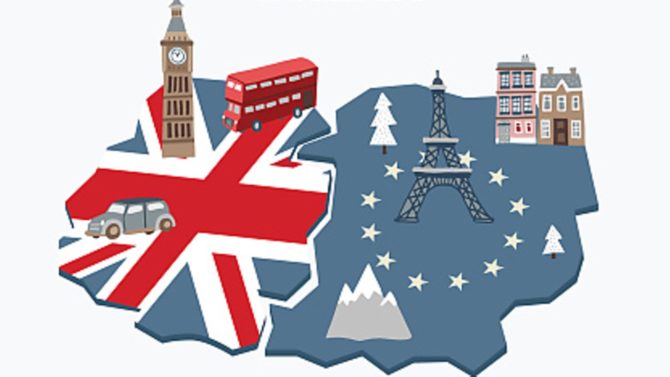 There are no restrictions on Brits owning property in France but Brexit has had an impact on how long you can stay in France, on French rental income and on capital gains tax. Read on to find out how.

The 31 December 2020 came and went, and a last-minute deal was made between the UK and the EU. Nearing two years later, certain points still need to be arranged individually between the UK and each EU member state, which of course includes France. We thought you might be interested in the main consequences Brexit has brought to people who own property in France.

Unless you have EU nationality, or can prove residency in France by means of the special Brexit Withdrawal Agreement Residency Permit (WARP) ‘carte de séjour’, you can no longer spend as much time at your French home as you did previously.

Since 1 January 2021, British citizens have been limited to spending a maximum of 90 days in any 180-day period in the Schengen zone without a visa. If you want to spend longer than that – for example, staying at your holiday home for four months at a time or even half the year – you will need to apply for a visa and may need to seek advice from an immigration specialist.

Under the terms of Brexit, British citizens who could prove they fulfilled the criteria for the WARP permit by 31 December 2020, were able to apply for one but only up until 30 September 2021. If you didn’t manage to apply for the WARP before this date, you will now only have the option of applying for a visa to be able to spend a longer period of time in France, to live and/or work.

The WARP permit does not automatically make you a tax resident of France, unless you also fulfil one of the principal rules of tax residency (either France is your main home, or your main economic interests and centre of vital interests are in France, or you spend 183 days of the year in France). However, this permit will enable you to travel to France in the same way as you did prior to Brexit.

If you earn an income from renting your French property (whatever the type of rental activity – long-term unfurnished, self-catered or catered furnished rentals), you are obliged to declare that income in France and pay French income tax and social taxes on any profit.

In 2018, the French government reduced the social taxes (prélèvements sociaux) from 17.2% to 7.5% for EU and EEA residents. Now that UK residents are no longer EU citizens, they have to pay 17.2% social taxes on net rental income. Please note, these social taxes do not relate to healthcare cover or pension contributions!

Don’t forget that, as a UK resident, you also have to declare the rental income on your individual self-assessment. On a positive point, the double tax treaty between the UK and France has remained unchanged and a tax credit is still applied in the UK to avoid double taxation on French rental income where tax has already been paid on that income in France.

If you rent out your property on a furnished basis, this is classed as a commercial activity in France and you are therefore obliged to register the activity and obtain a small business registration number, known as a Siret number.

Should you fulfil the criteria of professional furnished rental (for non-residents this would be short-term rentals earning an annual turnover in excess of €23,000 or short-term rentals with hotel-type services whatever the turnover), you would be obliged to contribute into the French social security system in addition to paying income tax.

Prior to Brexit, there was a bilateral social security agreement between EU countries (which still exists among the other EU member states and Switzerland) in which it was not permitted to contribute into more than one EU social security system at the same time. An A1 portable document could be obtained from HMRC to cancel out the French welfare contributions if you could prove you were already contributing into the NI in the UK. However, it is now the case that France and the UK will have to agree a separate bilateral agreement in order for this same system to be applied.

Within the agreement made on 24 December 2020, it was agreed that any portable documents (A1, S1) that had already been issued prior to 31 December 2020 would remain valid until the end of their validity. After that date, it is not yet known whether the same system will be available for UK residents. Be aware, therefore, that you may be obliged to pay additional welfare contributions in France on any professional rental income.

Please note that France distinguishes different types of rental activity and there are specific obligations according to type of activity and method of ownership. It is therefore important to check what your particular obligations are and whether or not you are correctly registered and declaring your income in the right way.

Should you wish to sell your French property while you are UK resident, the same social taxes that are applied to rental income will be applied in addition to capital gains tax (CGT). Again, these had been reduced to 7.5% for EU/EEA residents, but this no longer applies to UK residents, who are now obliged to pay the full rate of 17.2% for any sales completed after 1 January 2021.

French CGT is calculated on a sliding scale according to the number of years of ownership with a reduction applied after the fifth year of ownership. The rate of CGT starts at 36.2% (19% + 17.2% social taxes) and this reduces gradually over a period of 22 years for income tax and 30 years for social taxes. Should your capital gain exceed €50,000, an additional tax is also applied.