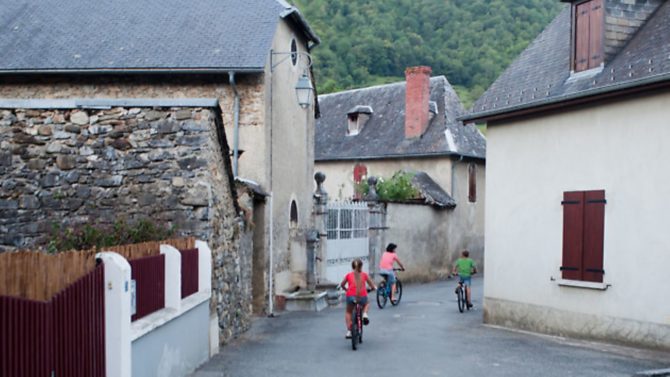 Ensuring the whole family is looked after following your death is all part of buying a property in France, as Sue Busby’s helpful guide outlines

There are a few simple steps you can take before you become the owner of a French property, and sometimes afterwards, to ensure that your French estate is dealt with in the way you wish during your lifetime and after your death.

French succession law is somewhat different to that in the UK and its provisions may come as a surprise to British buyers who are used to the idea of leaving their property to whoever they wish. Family situations are often complex these days, with second marriages, stepchildren and so on, and steps need to be taken at the time of purchase to avoid difficult situations later on. The ideal solution depends on the family circumstances and advice should be taken but here is a summary of the options.

The first point to be aware of is what is meant by joint ownership. The usual method in France is that of indivision. This means that each spouse or partner owns half the property, which is similar to the ‘tenants in common’ situation in England.

When a married couple buys a property together, they usually want the survivor to have ownership of the property after the first death. This will not automatically happen as the French system is protective of children in its legal provisions and a notaire will use the indivision method in preference to any other.

Therefore, joint ownership en indivision means that when the first spouse dies, a portion of their French estate must go to that person’s children. The size of the portion depends on the number of children – half for one child, two-thirds for two children and three-quarters for three or more children. The remaining spouse, therefore, does not have freedom to do with the property as he or she wishes. If the children are from a previous marriage, then the survivor may be in a potentially uncomfortable position of being in joint ownership with stepchildren.

These situations can be avoided by having a tontine clause inserted in the final conveyance deed (acte de vente). Ownership en tontine roughly equates with ‘joint tenancy’ in English law and will mean that when the first spouse dies, the survivor will be considered as having owned the property from the start, thus the deceased’s heirs’ rights can be avoided.

To be able to use a tontine clause, the purchasers must be roughly the same age and they must contribute equally to the purchase.

Another important aspect to consider is inheritance tax. The tax-free allowances in France are applied to the beneficiary, not the estate as in England. There is no longer any inheritance tax between spouses but for unmarried partners, even with a tontine clause, inheritance tax will still be payable at a rate of 60% on half the value of the property at the time of the first death.

Consideration should be given to the property’s value in relation to current inheritance tax rates and allowances to decide if further precautions are necessary. The tontine clause can only be applied to real property, that is land and buildings, so if you are moving to France you will need to take further steps to deal with your moveable estate such as cash and shares.

You should also bear in mind that if the surviving spouse inherits the property under a tontine arrangement, and then leaves it to the stepchildren on the second death, they will be taxed on this legacy at a rate of 60% as they are not related.

When French people get married, they often sign a marriage contract which determines how their property is dealt with on death. The régime communauté universelle de biens ensures that on the first death, all the property from the marriage passes to the survivor. British buyers can adopt a French marriage régime in respect of their French property under the rules of the Hague Convention.

Those who move to France will find that their worldwide assets are subject to French succession law and tax, as opposed to just the French property. In these circumstances, it would almost certainly be worth adopting an appropriate marriage régime as the whole estate can be included within it.

However, children from a previous marriage can take action to enforce their succession rights and effectively have the marriage régime set aside.

As an example, Mr and Mrs Jones have moved to France and want to leave all their property to each other and then to Mr Jones’s two children from his first marriage. The couple can adopt the communauté universelle régime. If Mr Jones dies first, the children can take action so that the régime is ignored as far as two-thirds of their father’s estate is concerned (their legal reserve).

However, if the children do not take any action then the property would pass to Mrs Jones under the régime as intended.

This means that those children may never inherit anything from their father’s estate. However, a law that came into effect in January 2007 allows the children to renounce their rights before the death of their father and then exercise them after the death of their stepmother so that the surviving Mrs Jones has full rights to the property during her lifetime. On the second death, the property can pass to the children as if it came directly from their father with the more generous tax allowances given between parents and children as opposed to the rate of 60% applied to stepchildren. This may be a useful solution in certain circumstances as both the surviving spouse and the children are protected.

Another possible solution, particularly useful for unmarried couples, is to set up a Société Civile Immobilière (SCI). An SCI is a company set up by small groups of people such as a family for the management of property. The company members own shares rather than property, and as shares are considered to be personal property, not real estate, then UK succession law applies and the shares can be left in accordance with the deceased’s wishes, as long as the shareholders are resident in the UK. The SCI also gives the members a lot of flexibility as they can transfer shares freely between themselves and to others (usually with the agreement of all members). This means, for example, that parents can gift shares to their children during their lifetime thereby avoiding inheritance tax liability. A special form of the SCI, where the shares are held en tontine, can be a way of considerably reducing tax liability for gay or unmarried partners who do not have a civil partnership agreement. As a means of avoiding succession law, this structure only works if the owners remain resident in the UK.

Do you need a French will? When an owner of French property dies, the succession must be dealt with in France. If there is no will for the French property, the notaire will need to see the UK will. A certified translation will be required causing inconvenience and expense to the heirs. A UK will would be accepted only insofar as it does not contravene French succession law, so if a husband has willed his property to his wife and not left the required amount to his children, this provision will be ignored. It is usually advisable to have a French will for the French estate and to exclude the French property from the UK will. The French estate can then be dealt with separately.

From August 2015, a new European law on cross-border succession comes into effect. This means that it will be possible to apply the law of your nationality to your French estate. However, as the UK has not signed up to this, it will only benefit those who take up residence in France, and even then, French inheritance tax will still apply. Those who remain resident in the UK will be subject to French succession law and tax on their French estate. Owning property in France can be a highly pleasurable experience but it is worth taking advice before you buy to ensure that your particular circumstances and wishes are taken into account.

Sue Busby is the owner of France Legal, a firm of French property lawyers