Do I need a French and UK will? 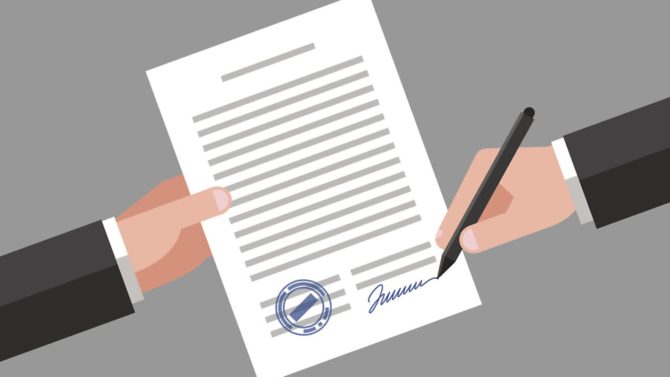 Do you need two wills or will one be okay? That’s the question every British owner of French property should consider

There have been many articles over recent years covering the EU Succession Regulation. It entitles a person with assets in different European jurisdictions to elect to apply the law of their nationality to the administration of their estate. The result is that there can be a good deal of flexibility in how one’s estate can pass on death, something that was not always the case under French law, given the strict rules of succession generally known as ‘forced heirship’.

On the face of it, this all sounds nice and easy. There is, though, a lot more to consider if you are to ensure that your property in France will pass to your intended beneficiaries.

There is the question of inheritance tax, of course. Although we will not be looking at this topic here, suffice to say that both UK and French tax can be applied, albeit in most cases double tax relief would apply.

Secondly, there is the issue of writing a will. If you do not prepare a will, then the law of the country in which you are ‘habitually resident’ will apply. Thus, if you live in France, French law applies to your estate and so the forced heirship rules would be imposed. It is, therefore, preferable to ensure that you write a will and so do not die intestate.

But what form should that will take? Should it be an English or a French will? Should you have one of each? In this article we shall have a brief look at some of the issues that surround this question; for reasons of space, we will look at French and English wills only; similar arguments can be addressed for other jurisdictions.

Let us accept to start with that an English form will, once correctly executed, is going to be valid for use in France. Similarly, a French will could be applied in the UK.

So, if the ‘foreign’ will can be applied in the other jurisdiction, why not just use one will only? One reason for this is that the wills would probably have to be translated, and a legal opinion prepared by a cross-border law specialist to confirm validity. How many English wills and probate solicitors are likely to have come across a French handwritten will and understand if it is valid?

One of the main reasons against preparing separate wills is that there can be a risk of accidental revocation of one will by the other. Two wills cannot be completed at the same time: one must precede the other. A will is typically drafted as being a person’s last will, and is said to revoke all previous wills. If you already have an English will, then decide to prepare a separate French will to cover your French property, that French will must be expressly worded so as not to revoke the pre-existing English will. You should always ensure that your solicitor or notaire is aware that there are other wills in place already. The lawyers should check, of course, but do not be afraid to offer this information if they do not ask.

Evidently, care is needed where you are preparing separate wills for each jurisdiction. It is important, as well, to be clear in both wills about what law is to be applied. If English law is to apply to the French estate, this must be expressed clearly in both the English and the French wills to ensure there is no doubt.

Yet there are other arguments against having one will to cover both estates. A French will prepared in a recognised French form would be easier for a notaire to put into effect.

English wills are in general vastly more complex, and can prove difficult for a notaire to impose. That is particularly the case given that they will often contain various complex trust structures, and the French legal system has a deep-rooted aversion to trusts.

So, if preparing separate wills would be a way of overcoming some of these issues, why not always advocate that option for clients who assets straddle the Channel? Difficulties can arise in certain circumstances where the two wills are to be proved in tandem. While in theory two wills might allow a solicitor and a notaire to start work on the separate parts of the succession, there can be instances where a notaire would expect the solicitor to obtain a ‘grant of probate’ for the French will that may not be possible if the solicitor is obtaining a grant for the English will. There are ways around this, but those might require further legal proceedings – and therefore further costs.

Evidently, all of us will have different personal circumstances. Our family situations; our intentions; where we live; what we want to happen to our estates on death; the size, type and location of our assets, will all vary. It is clear that there is no ‘one size fits all’ answer to what will or wills one should write. For some, one would be ideal; for others, that may not be the case. What is clear, though, is the fact that if your estate extends across national boundaries, or if all of your worldwide assets are held in France but you are not a French national, then there is every interest for you in ensuring that you seek detailed legal advice from specialist solicitors and/or notaires with expertise in cross-border inheritance matters.

If the EU Succession Regulation has helped in cross-border estate administration, there are still various complications that are unlikely just to disappear over time. Anyone who suggests that it is perfectly suitable just to prepare one will, or just to elect for application of English law to the French estate, is probably giving scant regard to reality.

9 amazing holiday homes for all budgets