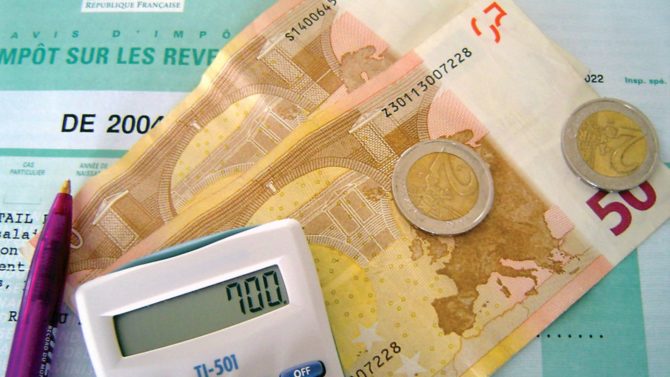 Everyone who lives in France has to make an annual income declaration to assess their liability to income tax (impôt sur le revenu). Unlike the UK, there is currently no PAYE in France (although there are plans to introduce it in 2019) so employees as well as retirees and the self-employed have to submit an income declaration. Find out if you are considered a French resident for tax purposes

How do you challenge an incorrect tax bill in France?

The French tax year is a calendar year (1 January – 31 December) and in May/June you declare the previous year’s income. The deadlines for filing income tax returns online vary:

If you are filing a paper return then the deadline is midnight on 17 May 2018. If this is your first tax declaration in France then you will have to fill out a paper form.

The French tax authorities are making the online submission of French income tax returns mandatory. This year, taxpayers whose 2016 income was over €15,000 are obliged to file their declaration online and this threshold will gradually be reduced until all returns in 2019 will have to be filed online – the only exceptions will be those who don’t have internet access and those who are filing their first income declaration.

All you need to know about the PAYE system in France

What are the tax implications of a Brexit for British expats?

It is the taxpayer’s responsibility to obtain the necessary forms from either their local tax office or the government website. There are various forms you will need to complete and these depend on your income sources. These are some of the most common forms:

• Form no. 2042 – this is the main tax form that everyone is required to complete

• Forms no. 2042-C-PRO and 2042-C – these deal with self-employment earnings and tax credits/reductions

• Form no. 2074 – capital gains from the sale of investments

• Form no. 2044 – income from unfurnished rentals declared under the full revenus fonciers regime

If your income is from self-employment and you are taxed under one of the réel regimes, you will have further deadlines to abide by and are normally required to submit ‘business’ tax returns in early May:

• Form no. 2031 and its annexes for activities under the BIC rules

• Form no. 2035 and its annexes for activities under the BNC rules

The taxable income as determined on these business forms is then reported on the annex form no. 2042-C-PRO. If you are an auto-entrepreneur (known as a micro-entrepreneur from 2016) or taxed under the Micro-BIC or Micro-BNC rules, you do not have to complete these additional business forms, but the gross income is reported directly onto the 2042-C-PRO form.

Each source of income will follow its own computational rules to reach the net taxable value, which will then be combined to reach your overall net taxable income. This total will be divided by the number of family shares applicable to your situation – e.g. a married couple with no dependents will general benefit from two family shares.

The resulting figure will be subject to the French scale rates (barème) which are set out below (2016 income):

This is then multiplied by the number of family shares to reach the gross tax liability. This liability can then be reduced by various deductions and credits (for example, tax credits available for certain building work) to reach your actual tax liability for the year.

Tax demands (avis d’imposition) are normally sent out in late summer/early autumn detailing the tax you owe for the previous year. Once you have been in the system for more than a year (and assuming that your income tax liability is over a certain threshold, currently €347), you will pay your tax in three instalments; on 15 February and 15 May with the balance becoming due in autumn. The February and May instalments are calculated as one third of the prior year’s tax liability. You can also opt to pay in 10 monthly instalments, running from January to October. Late payments will attract penalties and interest charges.

Tax residency rules for France and the UK explained

What is taxe d’habitation and do I have to pay it?