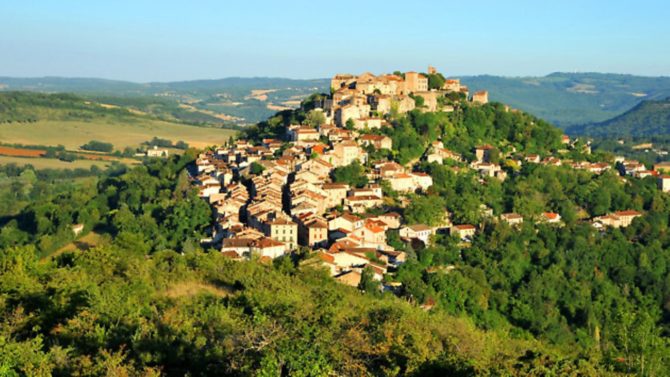 For many, having fun in the sun is a major reason of wanting to move to France. Here are 6 places you can be sure the sun will show up…

Comprising eight departments, the former region of Midi-Pyrénées (now part of Occitanie) stretches from Lot in the north, where the River Dordogne carves through limestone cliffs, to the Pyrenean peaks and Mediterranean beaches at its southern fringes. Midi-Pyrénées is famed for beautiful villages such as Conques and Cordes-sur-Ciel, and Albi in Tarn has been designated a UNESCO World Heritage site. Skiing is a huge draw to the region, with 1,000km of marked pistes in 38 ski resorts including Saint-Lary Soulon, Peyragudes, and Bonascre. Midi-Pyrénées is seventh heaven for lovers of outdoor pursuits with 26,000km of signposted trails for hikers while cyclotourism and horse trekking are other popular activities. With an average of 2,066 hours of sunshine in Montauban and 1,951 hours in Tarbes it is one of the sunniest areas of France.

In terms of property prices, the cheapest department in the former Midi-Pyrénées region is Ariège (average of €110,000) and the most expensive is Haute-Garonne (average of €239,200).

In the south-western corner of France, the former region of Aquitaine (now part of Nouvelle-Aquitaine) reaches Spain at its southernmost frontier while the Atlantic Ocean stretches along its western coast. It is one of the most diverse regions in France with a landscape that offers everything from sun, sea and sand to forests and verdant countryside. The department of Landes is known for its vast expanses of forest as well as its seaside resorts: Capbreton, Hossegor, Arcachon and Cap Ferrat; while the popular resort of Biarritz in neighbouring Pyrénées-Atlantiques has a reputation as the surfing capital of France. With an average of 2,035 hours of sunshine in Bordeaux it is one of the sunniest areas of France.

In terms of property prices, the cheapest department in the former Aquitaine region is Dordogne (average of €120,000) and the most expensive is Gironde (average of €240,000).

Boasting beautiful open countryside, the former region of Limousin (now part of Nouvelle-Aquitaine) is mostly a region of hills, valleys and low mountains. This rural region provides the perfect backdrop to a plethora of outdoor activities, such as hiking, cycling, horse-riding and golf. There are two Parcs Naturel Régional de France in the region: Périgord-Limousin and Millevaches. Périgord-Limousin is the smaller of the two, covering 180,000 hectares, extending across the departments of Haute-Vienne and Dordogne. Millevaches covers a vast 330,000 hectares, spanning parts of all three of the Limousin departments. With an average of 2,007 hours of sunshine in Brive-la-Gaillarde it is one of the sunniest areas of France.

In terms of property prices, the cheapest department in the former Limousin region is Creuse (average of €61,000) and the most expensive is Haute-Vienne (average of €112,500).

Now part of the Auvergne-Rhône-Alpes region, the Rhône-Alpes is named for the region’s two defining features – the mighty River Rhône and the Alps mountain range – this is an outdoor playground that appeals equally to thrill-seekers and those in search of peace and tranquillity. Average annual sunshine hours reach 2,404 in Montélimar, in the south of the region and 1,986 in Bourg-Saint-Maurice to the north.

In terms of property prices, the cheapest department in the former Rhône-Alpes region is Ardèche (average of €160,000) and the most expensive is Haute-Savoie (average of €360,000).

Now part of the Nouvelle-Aquitaine region, Poitou-Charentes is known for its micro climate. Parts of Poitou-Charentes rival the Riviera for sunshine – the coast in particular is known for its pleasant oceanic climate; winters are mild, summers warm but not too stifling due to sea breezes; there’s sufficient rain to keep the region green and the vines watered. Average annual sunshine hours reach 1,995 in Cognac.

There is a wide variation of weather in Auvergne (now part of the larger Auvergne-Rhône-Alpes region) but with annual sunshine hours reaching 1,913 in capital Clermond-Ferrand and 2,117 in Aurillac, it is sunnier than you might expect. Clermont-Ferrand in particular enjoys a dry climate, due to the city’s position at the foot of the Massif Central, which blocks out the effects of the Atlantic Ocean. The Massif Central is a big draw for outdoor-lovers offering hiking, skiing, mountain biking and plenty of other activities, as well as the breathtaking extinct volcanoes.

In terms of property prices, the cheapest department in the former Auvergne region is Cantal (average of €85,900) and the most expensive is Puy-de-Dôme (average of €151,800).

Previous Article WIN! A signed copy of the cycling memoir ‘Rides of Passage’
Next Article 14 stylish hotels in France for under €150 a night