What does a eurozone recovery mean for your French property purchase? 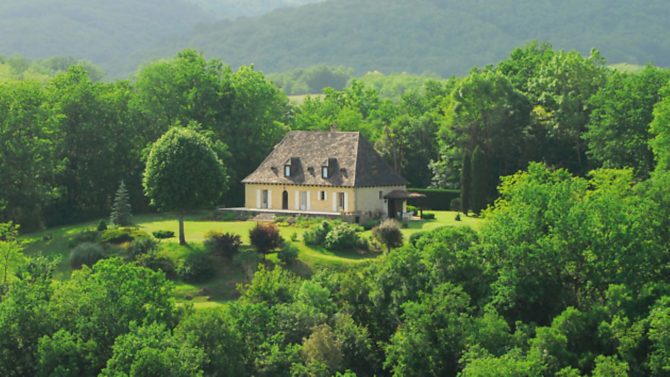 Laura Parsons explains all you need to know

If you’re considering purchasing a property in France, keeping an eye on the way the market is moving and how the euro is performing can help you to get the best return on your international money transfer, and save you money.

While the currency market is highly volatile, with exchange rates shifting every day in response to a range of stimuli, some situations cause long-term trends which can be tracked to a certain extent. One such event is the ongoing economic recovery in the eurozone. But is the eurozone really recovering from the global financial crash? And if it is, does that mean you’re going to get fewer euros for your pounds, making your French property purchase more costly?

The eurozone has been on a roller-coaster journey over the past few years as the global financial crisis triggered a domino effect of economic and geopolitical incidents in the currency bloc, including crises in several key eurozone member countries.

Over the course of the past seven years we’ve seen two threats of Greece exiting the eurozone (in 2012 and 2015), the near collapse of nations like Ireland and Spain, record-high levels of unemployment, the introduction of widespread austerity, extreme social unrest and the standoff between Europe and Russia over Ukraine.

Now, however, it appears that the eurozone is finally showing signs of recovery, with the pace of output in nations like Germany remaining sturdy while countries such as France and Italy release relatively positive economic reports.

Leaders across the currency bloc are finally taking action to set the eurozone economy onto a stable path and the currency bloc is in a significantly stronger position than it was in 2012, when many feared that the monetary union could fail. Economic growth across the region is on the rise and there are signs that unemployment is finally beginning to fall. Optimism is also increasing and with that, the likelihood of more foreign investment and growth.

Despite the improving picture across the currency bloc, the euro is set to remain lower against the pound in the medium term because of the policy measures introduced by the European Central Bank (ECB) earlier in the year. Nations including France had long complained that the strength of the euro was the main cause of their poor economic performance, as a stronger currency makes it harder for a nation to export their goods because it makes them more expensive.

In order to weaken the euro and support the eurozone’s economic performance, the ECB introduced a quantitative easing (QE) programme back in March which sees the bank purchase €60bn worth of sovereign bonds a month.

Quantitative easing simultaneously increases the amount of money in the ECB, which is incorporated in the system that banks use to pay each other, and the amount of commercial liquidity (deposits in the bank accounts of people and companies). Only the deposits can actually be spent in the real economy as Central Bank reserves are just for internal use between banks and the ECB.

The programme is designed to increase lending and bolster output in the eurozone, but has the side effect of weakening the euro and allowing eurozone nations to be more competitive. Following the introduction of QE, the currency bloc emerged from a period of stagnation and enjoyed further support from lower oil prices and increased confidence.

Although the latest Greek crisis proved very testing, and contributed to the pound to euro (GBP/EUR) exchange rate jumping to an eight-year high of 1.44 back in July, economic reports are indicating that the eurozone could, at last, be on the right track.

In effect, UK citizens with property overseas or plans to purchase foreign real estate are enjoying the best of both worlds, with an improving eurozone economy making investments more attractive in the long term and a weak euro making them more affordable.

So, is the pound to euro exchange rate likely to strengthen further? Although the eurozone’s economy is recovering and a ‘Grexit’ (Greek exit from the eurozone) was avoided earlier this year, the GBP/EUR exchange rate is likely to continue trending in a generally stronger position for several reasons.

Firstly, the decisive UK election result back in May means that the nation now has a sturdy, all-Conservative government for the next five years and the prospect of political stability is pound supportive. While the spending cuts introduced by the Conservatives might set the UK’s economic recovery back a little, investors remain confident that the nation will enjoy a narrower trade deficit and higher growth in the long term as a result of these measures.

Improving UK employment/wage data, and the expectation that the UK’s inflation rate will rise back towards the Bank of England’s 2% target by the end of the year, have also increased bets that the Central Bank will raise British borrowing costs from record lows in the first quarter of 2016. Such a step, particularly while the ECB employs negative interest rates, could see the pound surge against the euro.

Meanwhile, a possible threat to the euro will likely emerge towards the end of the year in the form of the Spanish general election. In May the ruling Popular Party received a bloody nose in local elections as support for the anti-austerity movement Podemos increased greatly. The unpopularity of Mariano Rajoy’s scandal-hit government could even pave the way for a general election victory for Podemos.

If such a result were to occur it would mark the second time a hard-left anti-austerity party has swept to power, the first being Syriza in Greece. Given how much upheaval was caused by Syriza’s victory, a win for Podemos could weigh on the euro.

Although the issues outlined above indicate that the pound to euro exchange rate is likely to continue trending at comparatively elevated levels for the medium term, ensuring you get more euros for your pounds than you would have done in 2014, currency market shifts are notoriously unpredictable so you may want to seek expert advice if you have a transfer coming up.

There are a few ways in which you can protect your money from the volatility of the currency market, and many of them start with talking through your requirements with a trusted foreign exchange company. Currency brokers are experts in their field, will keep you to up to date with the latest events/market movements and can give you access to specialist services most banks don’t offer.

A forward contract, for example, is a great way of defending your transfer from currency risk as you can fix a favourable rate for up to two years in advance of a trade. With a forward contract the amount of money you receive for your trade doesn’t vary, no matter how much the market fluctuates.

Services like this are particularly helpful for people planning to purchase foreign property, as they help them to budget effectively and know exactly how much their new home is going to cost them from the start.

Whether the eurozone’s recovery continues at current levels or not, euro volatility looks set to remain for the near future. If you plan to buy a property in France, look into your foreign exchange options early on to make sure you don’t miss out.