French property: Should I buy in Dordogne or Corrèze? 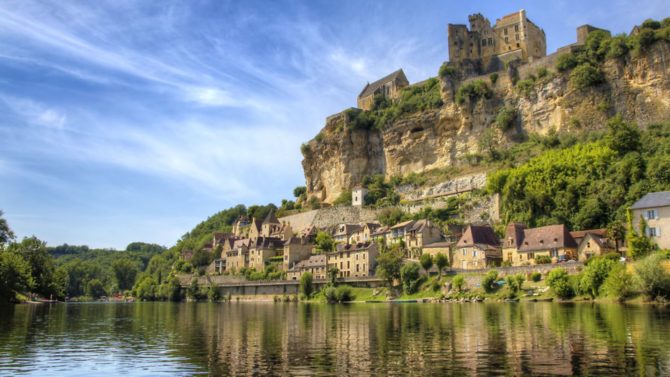 Equally beautiful, it’s hard to choose between Dordogne and Corrèze when buying a French holiday home or moving to France. Luckily, neither one is a bad choice!

So well loved by Brits that it’s often nicknamed Dordogneshire, Dordogne in south-west France has everything going for it. Beautiful scenery, picture-postcard villages, delicious gastronomy, a lovely climate and surprisingly affordable property. It’s easy to see why it’s so popular.

The only criticism sometimes laid at its door is that it’s too British. There are certain towns and villages where you’ll hear English voices in the market and find the occasional Irish bar and British businesses. Official French figures back up the suspicion that this is where the highest number of British people choose to settle in France, but it’s a largest area (the biggest French department) so there are plenty of areas with fewer British expats. For those seeking ‘la France profonde’, having British neighbours might be a turn-off, but it’s ideal if you want a cosmopolitan society where you can mix with Brits and Dutch and German expats as well as French nationals.

If Dordogne seems too ‘done’ for you, it’s worth crossing the border into lesser known Corrèze. It too has listed Plus Beaux Villages, beautiful châteaux, scenic valleys (including the Dordogne river), pretty stone properties, and great restaurants and markets.

While the average property prices are fairly similar – €1,250/sqm in Dordogne and €1,120/ sqm – there are some considerably cheaper areas on the eastern side of Corrèze, as low as €760/sqm, with some real bargains to be found. Both departments have good travel options, including UK flights into Bergerac and Brive as well as further afield in Bordeaux and Limoges.

Where should we buy our French holiday home?

French Property News reader Jan Wilkes recently asked whether they should choose Dordogne or Corrèze for their holiday home: “My husband wants to buy in Dordogne, but I’d like to try somewhere new and noticed that there are lots of places listed as Plus Beaux Villages in Corrèze. The problem is we don’t know the area. Where should we focus our search?”

Local property expert Peter Elias of Allez Français offered the following advice: “There are indeed some stunning villages in neighbouring Corrèze. The southern part of the department is especially beautiful, shaped by the Dordogne valley as the magnificent river heads west through towns such as Argentat and Beaulieu-sur-Dordogne. The best known of the Plus Beaux Villages are Collonges-la-Rouge, Turenne and Curemonte.

“Look out for hidden gems such as Meyssac, Queyssac-les-Vignes and Tudeils. These villages are all within a microclimate of Beaulieu-sur-Dordogne, also known as the Limousin Riviera. Temperatures are probably softer here than in the western Dordogne or further south in the Lot. You can still enjoy wonderful local markets and have, within a 30-minute drive, the large town of Brive-la-Gaillarde, where there is an airport, station and motorway access in all directions. “The landscape is spectacular, bordering on mountainous, with winding roads, sheer drops in places and wooded slopes. Prices are competitive against the Dordogne, and cheaper than the Lot, especially in comparison to the area around Cahors and Puy l’Evêque.

“In the areas that I have highlighted above, you won’t find bargain basement prices. The strong demand for houses in this area means that prices are not very negotiable. But there is a good choice of property styles ranging from something modern to classic farmhouses, and even manoirs and châteaux at excellent prices in comparison to what you can find in the UK.”

Search for properties in Dordogne and Corrèze

Renovating a house in a Corrèze village

10 beautiful villages in the Dordogne valley you must visit