We still want to escape to the château – but maybe not to do a Dick and Angel! 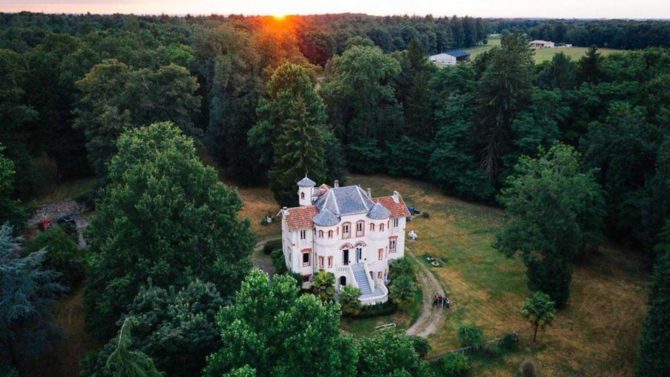 Five years after Dick and Angel Strawbridge first hit our TV screens, it seems many of us are still super keen to follow in their footsteps by buying a French château on a shoestring.

But do we actually want to spend years fixing it up like the indefatigable Escape to the Château stars? Perhaps not!

While the word ‘chateau’ was by far the number one search term on our portal francepropertyshop.com last year, the words ‘renovation’, ‘renovate‘ or ‘renovation project’ barely got a mention. In fact, visitors were over three times more likely to search specifically for ‘renovated’ or ‘fully renovated‘ homes, according to our analysis of 3.2m page views in 2021.

Perhaps it’s because fans of the hit Channel 4 show are under no illusions about the time and effort that the Strawbridges have put into the Château de la Motte Husson in Mayenne. They may have bought it for a mere £280,000 (about €337,000) in 2015, but their project to turn it into a lucrative wedding venue has involved installing water, electricity, heating, 59 new windows and a new roof among many other jobs.

With so many relatively affordable French properties on the market that are already beautifully renovated, Brits often change their wishlist once they get serious about buying, says Judith Whitlow, director of English-speaking agency Beaux Villages Immobilier. “We often meet clients who have come out to search for a château to renovate, inspired by programmes they have seen on TV,” she says. “A good agent will always challenge this and show a variety of properties that meet your criteria. On many occasions we find that clients who are initially drawn to a château will finish up falling in love with a completely different style of property. That’s the result of an experienced agent really listening to and understanding what they are looking for.”

The most-viewed château on francepropertyshop.com last year was renovated only nine years ago (see title image). A five-bedroom Gascon beauty set in 1.8ha and rumoured to have been Napoleon III’s bachelor pad, it was listed by Compass Immobilier at €499,000 and was soon snapped up.

However, the property that was viewed the most was the stone house above near the medieval town of Domfront in Orne, Normandy. Whilst in need of renovation, it boasts five bedrooms and was listed by ASI Immobilier for a mere €32,500 – less than the price of the average new family car. Sorry, it has sold!

Indeed, the most popular price point specified on the site was €100,000 or below – showing we love our bargains – though one of the most viewed properties of 2021 was this gorgeous four-bedroom home near Pons, in sunny Charente-Maritime, currently on the market with Charente Immobilier for €249,000.

The wishlist criteria specified by hunters of French property last year included homes with a pool, a lake (or proximity to one), gîtes and land or at least a garden, according to the search terms entered on francepropertyshop.com. Many people searched specifically for a detached property and hoped to be by water – if not a lake, then the sea or a river. After châteaux, farmhouses were the most longed-for properties, followed by maisons de maître, apartments and mills.

Nouvelle-Aquitaine, which encompasses Poitou-Charentes and the Périgords, remains the most searched-for region, with Brittany, Occitanie and Normandy not far behind, followed by Pays-de-la-Loire, Provence-Alpes-Côte-d’Azur and the Auvergne-Rhône-Alpes.

Still keen to fix up a château? For ultimate inspiration, meet French Property News columnist Erin Choa, aka the Intrepid Châtelaine, who took on a Pays-de-la-Loire château at the age of just 31 and has never looked back!