Buy a traditional French house in your dream region 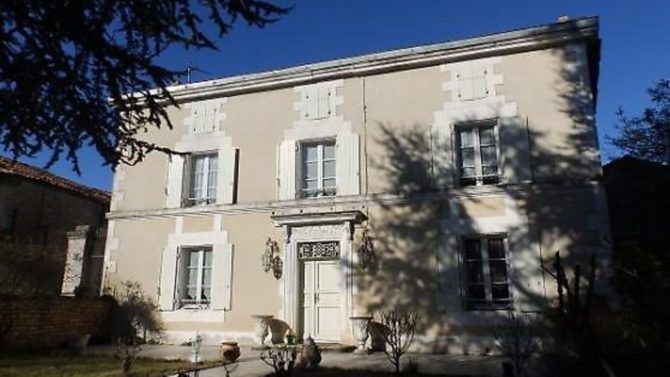 French house types are as varied as the regions they’re found in. Here’s a break-down of the most common regional styles and what’s currently on the market!

A mas is a traditional stone farmhouse most commonly found in Provence and Languedoc-Rousillon. These houses were originally built to be self-sufficient: they would have been accompanied by fruit trees and space to grow vegetables, land for animals and crops, and even a room for raising silkworms. Unlike a bastide, which was the home of a wealthy family, a mas is typically made out of inexpensive local stone, and the size would depend on the wealth of the farmer. A smaller mas is called a mazet, or petit mas. Although structure varied slightly by region, in general mas are square and unfussy, built with the rear side facing the dominant wind direction. Due to their prime rural locations in Provence and imposing dimensions, traditional mas are now much sought-after.

Distinctive colombages can be spotted most commonly in Normandy and Brittany, but also in parts of Burgundy and the north-east. The name means ‘half-timbered’, a style which constitutes a visible framework of wooden struts held together with a filler of either cob or plaster. The style emerged in Europe during the Middle-Ages, and remained popular for centuries throughout towns, where it was common for the ground floor of a colombage to contain a shop. A common feature of the house type is corbelling, an architectural technique which allows upper floors to jut out over lower ones. This was a way of not only adding more space, but also reducing tax on the amount of land used.

€315,000, Eure: In the heart of a popular Norman tourist village, this listing comprises two lovely colombage houses. The properties have seven bedrooms between them, and charming historical features such as stone fireplaces. leggettfrance.com

Charentaise houses, as the name suggests, originate from the former region of Poitou-Charentes, now part of Nouvelle Aquitaine. The style of property gained popularity in the 19th century, as established independent homes similar to bastides. The practical layout of traditional charentaises is also similar to bastides: regular, square dimensions, with a hallway running through the centre of the house. They seldom have more than two storeys, and are traditionally contructed from wood and stones, with shallow pitched roofs covered in terracotta tiles. The steel tiles which can often be seen on the facades of charentaises were originally used for structural reinforcement, but are now usually purely decorative. The style of house is very popular today, not least for the walled courtyard and outbuildings that usually accompany the property.

€203,300, Charente: Situated between the historic towns of Mansle and La Rochefoucauld, this beautiful two-bedroom house is build in traditional charentaise style, with spacious rooms and stone walls. properties-in-charente.com

Aptly named, longères are distinctly long, rectangular buildings, most commonly found in Brittany. They are traditionally agricultural buildings, constructed with functionality in mind. Due to the role of Brittany as a food producing region with three coastlines, longères were constructed as dwellings for farmers and fishermen as well as stores for produce and livestock. The animals would be kept at one end of the building, the produce at the other, and the occupants would live in the middle. Typically, they were one story buildings with attic space to store food and straw, made out of locally-sourced granite, slate and timber. Today, they are particularly popular among expats moving to Brittany seeking a traditional home in a rural setting.

Chalets first became prevalent in 18th-century Switzerland, hence the common name ‘Swiss chalet’. The French Rhône-Alpes region, however, was heavily influenced by the Swiss style, and now chalets are the traditional house style of the Savoie department. Though originally barns and storage, the insulating properties of chalets made them popular as dwellings. They are typically made of fir or larch wood, although in the south of the department many are made of stone. Chalets are characterised by sloping roofs, decorative wooden facades, overhanging eaves and of course picturesque mountainside locations, hence their popularity with skiers.

€445,200, Haute-Savoie: In the historic city of Samoens, in the heart of the Grand Massif ski area, this traditional chalet has three bedrooms and an open-plan living area, all with wooden beams and furnishing. maisonindividualle.co.uk

Reminiscent of cottages we see dotted about the English countryside, chaumières are characterised by their thatched roofs. The style was originally used by poor farmers, who were able to cheaply construct the houses from flint foundations and colombage timbering, with the naturally insulating thatched roof being made of wheat or rye. Inside, chaumières are very similar to longères, with rooms laid out in a linear format. Thatched houses can be found in regions where the materials are most readily available – since the most common materials in Normandy were wood and straw this is where they are most common, although they also appear throughout Brittany.

€258,500, Eure: This spacious five-bedroom chaumière is set in superb grounds of over an acre which include woodland, a swimming pool and tennis courts. There are lovely traditional features throughout the property. leggettfrance.com

Perhaps the most unusual of the house types on this list, Troglodyte cave homes can be found carved into the cliff faces and mountainsides of the Loire Valley. The practice of building these homes in the hillsides originated in the Middle Ages, when houses and churches were constructed with locally quarried limestone. Poor people began to take refuge in the old mines, and enjoyed the benefits of consistent temperatures and protection from the elements. Thus began the trend for less wealthy families to carve out their homes in the limestone. Today many beautiful troglodyte homes are still inhabited, and villages such as Saumur and Doue le Fontaine contain excellent examples of the house type.

€156,600, Loir-et-Cher: With the cosy cottage feel of this Troglodyte house it would be easy to forget that you’re living in the hillside! The two-bedroom house has plenty of character and a pretty walled garden, 400m from the nearest village. leggettfrance.com

Buy a home in one of France’s most colourful communities