X is for… exchanging currency 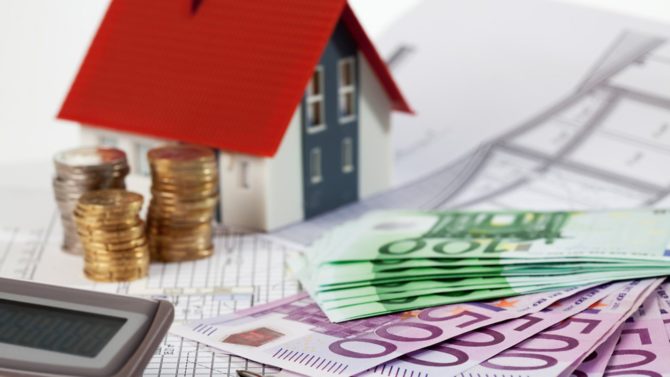 If you need to move money to France to fund a property purchase, you’ll need to get to grips with the world of foreign exchange. When the terms you’re dealing with are unfamiliar, it can make the whole process seem more daunting, so we’ve put together a list of all the terms and phrases you’re likely to encounter.

– Bearish: A weakening exchange rate or other market index is often described as bearish. An investor who believes something will weaken is also described this way.

– Beneficiary: The beneficiary or recipient is the party being sent funds in a currency transfer.

– BIC (Business or Bank Identifier Code) or BIC/SWIFT code: A globally used code, eight to 11 characters long, which is used to represent financial institutions in interbank transfers. Typically, the first eight characters identify the bank or party while the optional final three characters identify the specific branch. These codes are maintained by SWIFT – The Society for Worldwide Interbank Financial Telecommunication.

– Bullish: The opposite to bearish. This is often used to describe a strengthening exchange rate or market index, as well as investors and economists who expect the situation to improve.

– Central bank: A nation’s core bank or banking organisation, which provides financial services and banking to its designated country or member states. While central banks are usually independent from the government, they do assist with government monetary policies and issue currency on behalf of the government.

– Currency pair: A currency pair is the two currencies that make up an exchange rate – the base currency followed by the quote currency.

– Currency risk: The risk that a given currency’s value may fluctuate significantly.

– Currency transfer: Simply using one currency to buy another currency – transferring one for the other.

How to make an offer on a French property

Could you reduce your tax bill by moving to France?

– Deposit: To store money, whether depositing your own money in a bank for further use, or paying a fraction of a total sum as a down payment for a contract. This can include deposits on a forward contract.

– Exchange rate: The relative value of two currencies. For example, if the offered pound to euro (GBP/EUR) exchange rate is 1.15, this means you would get 1.15 euros for each pound.

– FCA: The Financial Conduct Authority – or FCA – is responsible for regulating financial services and the integrity of Britain’s financial markets. If a financial services company is authorised by the FCA, it means they have to adhere to stringent compliance procedures.

– Forward contract: Good for effective budgeting, a forward contract lets you fix an exchange rate for up to two years and use it for a future transfer. It can be used in conjunction with other kinds of contracts and will help you avoid those pesky fluctuations in exchange rates.

– IBAN (International Bank Account Number): A number that indicates a unique bank account. The format is standardised to include a two-letter country code, two check digits and a Basic Bank Account Number (BBAN). This shared format makes it easier to validate in money transfers, though some IBANs can have up to 34 characters depending on the country it originates from.

– Interbank rate: The interbank rate is the rate of exchange that banks and major financial institutions around the world secure for currency transfers. This is the most wholesale level of foreign exchange.

– ISO (International Organisation for Standardisation): An independent global organisation that works alongside other organisations like SWIFT in order to maintain standards in IBAN codes and other regulations. It is also the organisation behind globally used currency codes – like ‘GBP’ for Pound and ‘EUR’ for Euro.

– Limit order: A transfer option that lets you target an exchange rate higher than the current market level. If the market reaches that exchange rate, your trade will be completed automatically. Often used in conjunction with other orders, like the stop loss order.

– Margin call: If you have made a deposit on a forward contract (a margin deposit) you may receive a margin call from the service provider asking you to alter the deposit. This usually only happens when a currency has seen a significant change in value.

– Money transfer: A digital transfer of funds – so no physical cash. Wiring money, writing a cheque, or otherwise electronically transferring funds are all types of Money Transfer.

– Payee: The party being paid. In the world of currency transfers, it would simply be the party receiving a money transfer and is usually called the ‘recipient’ or ‘beneficiary’.

Ways to save money on currency exchange

Is a mortgage a good option for British buyers in France?

– Quote: Much like how you’re given a quote for a car purchase, a quote in the context of currency transfers would be the offered exchange rate price.

– Rate alert: Some currency transfer providers give you the option to set a rate alert. With this service you simply set the exchange rate you want to achieve and you’ll be alerted by email or SMS as soon as the market hits that level. At that point, you would have the option to trade right away or wait to see if the exchange rate improves further.

– Regular transfers: With the help of a currency transfer provider you can automate any regular currency transfers. So if you need to make monthly mortgage payments, transfer wages or a pension or cover general living costs, you can make sure these transfers occur automatically, fee-free.

– Settlement date: The date when a contract settles or ends. All the agreed payments in the contract should have been made by this point. With something like a forward contract, this is the date on which the agreed frozen exchange rate would stop being available to you.

– Spot contract: Think of it like an ‘on-the-spot’ contract – this term refers to making an immediate currency transfer at the current exchange rate.

– Stop loss order: Exchange rates don’t always rise when you want them to, so you can use a stop loss order to activate automatically if your worst-case exchange rate is hit. Use in combination with the limit order option to keep your transfer within a certain range.

While this list isn’t exhaustive, it does cover most of terms commonly used by currency transfer providers. So if you’re moving money to France this year, hopefully our jargon buster has given you the information you need to approach your currency transfers with confidence!

Josh Jeffery is a Currency Analyst at TorFX