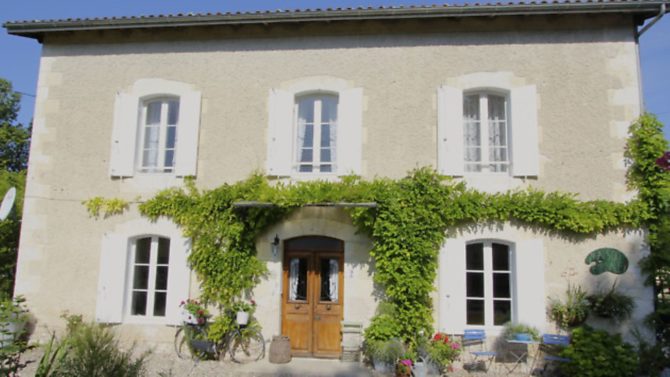 Jane Fraser-Bryan of Guyenne Immobilier explains why this four-bedroom stone house in Eymet, on the market for €292,000, gets her vote

Why does this property stand out for you?

This handsome house really does have it all: serious kerb appeal matched by an equally attractive interior, a much sought-after situation within walking distance of the amenities of a medieval Périgourdine village and, finally, a decent-sized garden – a third of an acre – which is a rare luxury with a village-centre property.

Why is it a great buy?

The key is in its flexibility: it could be a permanent residence, a holiday home or even an income-generating holiday let. Its interiors are bathed in natural light all day long thanks to dual-aspect rooms with larger-than-average windows. There is an overriding feeling of harmony and balance in terms of internal proportions and overall layout, and the renovation work that has been undertaken is completely in keeping with the stylish, classical exterior, while still remaining faithful to the period.

It’s quite simply the quintessential French country house, built in locally cut stone with ornate double doors, painted window shutters and the archetypal French bicycle leaning casually against the old wall of the house, sprouting bright geraniums from its front and rear baskets. Originally the gate house to the next-door maison de maître, it simply oozes charm and character.

Who would it suit?

It would suit almost anyone, particularly a family with children, being a safe and private haven within a few minutes’ walk of excellent schools, crèches, a park, river, sports stadium and swimming pool. It would be equally wonderful for a couple of any age wanting a sociable village life and, as an income-generating property, the addition of a pool could bring in as much as a 10% return. What an investment!

The house is a stone’s throw from the centre of the picturesque bastide town of Eymet in Dordogne with its stunning square, shops, cafés, restaurants and schools. The vibrant weekly markets, festivities and thriving expat community are all on the doorstep. The town not only welcomes foodies but also nature lovers and amateur historians alike – its gentle countryside makes for perfect walks and the varied heritage is fascinating.

Nestling in a crook of the River Dropt on a prehistoric site, Eymet was founded in 1270 by Alphonse de Poitiers and stands as a powerful testament to a turbulent past while, socially and economically, it looks resolutely ahead to the future.

What’s the appeal of the area?

South-west France enjoys great weather yet still retains distinct seasons; there is gorgeous local food with everything from simple menus to Michelin-starred fayre and abundant – and great-value – wine. For those wanting a holiday, it is a dream. If you’re contemplating moving permanently, there is also excellent schooling, a lack of traffic on the commute yet easy access to the UK and other countries in Europe, fantastic properties, a great community spirit… we could go on!

How easy is it to get to?

Bergerac airport is only 20 minutes’ drive from the property, and the international airport at Bordeaux can be accessed within an hour and a half.  www.guyenneimmobilier.co.uk

Previous Article Planning permission for public buildings in France
Next Article WIN! A copy of A Week in Paris by Rachel Hore