A spotlight on Pau in the Pyrénées-Atlantiques: From gastronomy and galloping horses to Good King Henry 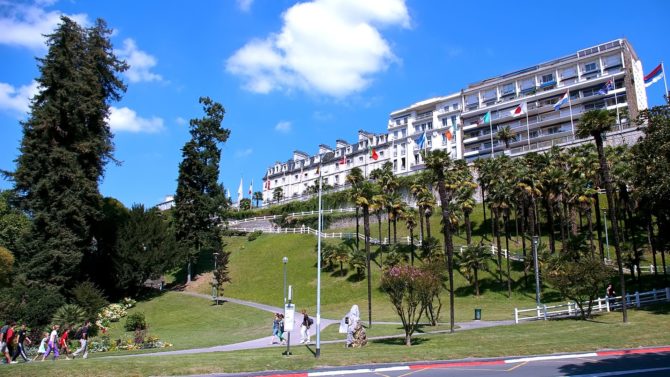 Halfway between the sea and the mountains, Pau is the historic capital of Béarn and was once a prestigious resort for aristocrats who flocked to the southern city from all over the world. It is surrounded by quality vineyards, such as the Jurançon and enjoys a stunning panorama of the Pyrénées, said to be ‘the world’s most beautiful view of the earth’.

Pau became the capital of Béarn in 1464, and in 1512 the château became the residence of the Kings of Navarre as they sought refuge on the other side of the Pyrénées following the capture of Pamplona by the Spanish. It is also the birthplace of Henri IV, the first monarch of France from the House of Bourbon. Pau later became a leading intellectual and political centre, and the Belle Époque saw an influx of wealthy visitors to the city. The attractive winter climate and impressive scenery attracted nobility until the golden age of Pau ended abruptly on the outbreak of the First World War.

One of the region’s prides, Béarnaise sauce marries nicely with Blonde d’Aquitaine beef. The Pass Gourmand loyalty card will enable you to discover some more of the regional delicacies and local artisans. The Jurançon vines produce a sweet white wine protected by AOC that ages beautifully.

Considered the winter headquarters for horse racing, the Hippodrome du Pont-Long is a majestic venue with a restaurant that overlooks the world-famous course. A visit to the 12th-century château followed by a stroll in the Parc Beaumont will find you walking along the Boulevard des Pyrénées, one of France’s most spectacular streets where the snow-capped mountain chain can be seen in the distance. You can also appreciate the natural beauty of the area by heading deeper into Béarn and visiting the peaceful and verdant Ossau valley which stretches out towards the Pyrénées from Pau.

Average property prices in Pau stand at €1,850/m2 while the departmental average of the Pyrénées-Atlantiques is €2,260/m2

Previous Article How to enjoy tax-free shopping in France when travelling by Eurostar
Next Article La Samaritaine: 13 fascinating facts about the famous Parisian department store