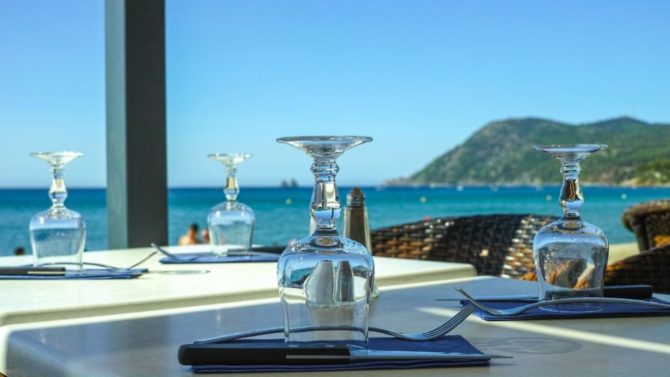 From salade niçoise to pissaladière to socca, Cuisine Nissarde in Nice makes the best of the Mediterranean climate and produce

On France’s Mediterranean coast, Nice is home to some incredibly tasty dishes. Since 1998 the Cuisine Nissarde appellation has been a label intended to highlight authentic Nice cuisine and preserve the memory of its past, while cuisine Niçoise is on the France’s national inventory of intangible cultural heritage and there is hope for it being recognised on UNESCO’s World Intangible Heritage list. Here are seven things to know about food in Provence-Alpes-Côte d’Azur, south of France:

1. The label is a commitment to tradition

2. The landscape is harsh

Conditions on the craggy landscapes of the Mediterranean coast haven’t always been optimal for food production due to the hot climate, poor soil and scarce water. As a solution ‘faissas’ – little sloped terraces held up by dry stone walls – were built.

3. The cuisine was built around local foraging

Until around the 19th century, local herbs and mushrooms were often gathered to flavour and garnish dishes, while the wide variety of wild salad leaves and greens that could be found in the area made up what is now called mesclun.

The ultimate symbol of Mediterranean culture, the olive tree, has been grown since Antiquity. For a long time, olive oil was the only grease used in cooking, seasoning and preserving food in the area. Today, Nice’s AOP olive oil is made from olives harvested between November and April and is used in local dishes such as pan bagnat, ratatouille and bagna càuda.

5. Lamb is the traditional meat

Goats and sheep have historically survived well on Nice’s harsh landscapes and traditionally lamb is eaten on special occasions, while at Easter, offal, tripe, ‘trule’ black pudding and caillettes are served.

In summer, the main dishes include a tomato salad with bread, vegetable stuffing, ratatouille and omelettes, while in the winter cabbage, leek, pulses, soups, baked sliced marrow and fish or meat stews take centre stage.

7. A light meal or snack in Nice is known as a merenda.

This may be some crusty bread drenched olive oil, a pan bagnat – the sandwich version of the Niçoise salad – or some socca, a thin chickpea flour pancake cooked on a large tray and cut up into little portions.

Michelin stars 2021: French restaurants in the UK top the list