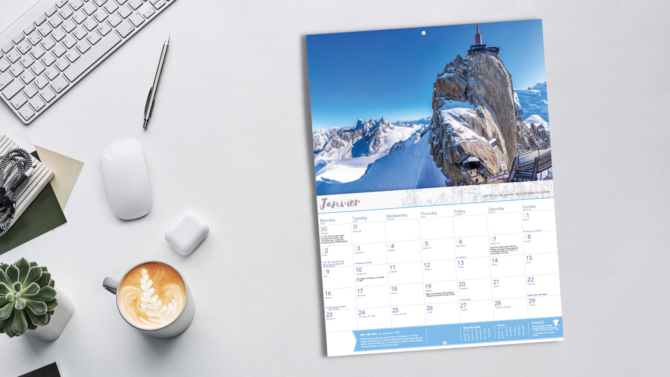 After a short gap in its 30+ year history due to the pandemic, the popular and free French Property Exhibition returns to London, bringing estate agents, legal, financial and tax advisers, currency companies, builders, removals specialists and more together under one roof.

Get your FREE exhibition tickets

Discover the banks of the River Yangtse in southwest France! The fifth edition of the festival will feature traditional scenes of Chinese life with thousands of colourful Chinese lanterns and paintings.

Winter has arrived here in France, so Masterchef Australia’s Andrew Prior says it’s time to fill our stomachs with some delicious and comforting French classics, just perfect for this time of the year. On this live web event you can expect melted cheese and carbs… but most importantly fabulous French dishes that will warm you up, as well as fill you up. It’s free to attend France Today Live events

Head to Les Gets for a week full of laughter on the slopes. The best of the French and British stand-up scene will pass the torch to each other with a single objective: to make the audience laugh. In co-production with the famous Montreux Comedy Festival in Switzerland.

One of the biggest festivals in northern France with bands playing in the streets, the carnival started as a feast for local fishermen before they sailed to Iceland cod-fishing. Don a comic costume and catch one of the hundreds of smoked herrings thrown from the balcony of the town hall on the Sunday before Mardi Gras!

Discover the unique taste of Périgord Noir truffles at this annual festival in Dordogne. The markets are the centre of the action but there are also cooking workshops and demonstrations, an opportunity to watch a trained dog hunt out truffles, and wine-pairing lessons.

Veteran Paris writer Jeffrey T Iverson takes us on a tour of one of the most characterful streets of the Left Bank, the place where Paris was reborn after WWII in an outpouring of jazz clubs, galleries, bookshops and cafés. Between Boulevard Saint-Germain and the Pont Neuf, Rue Dauphine is an historic walkway trodden by everyone from Henry IV to Hemingway to Miles Davis, where today a band of booksellers, gallerists, musicians and shop owners are keeping alive the spirit of Saint-Germain-des-Prés.

The state-regulated winter sales are an opportunity for shops across France to clear their stock ready for the new season, and the perfect chance for you to bag yourself a bargain.

The International Comic Strip Festival sees 200,000 enthusiasts from all over the world descend on Angoulême for four days in which there are conferences, competitions, screenings and signing sessions.

Throughout January these courses hold meetings that are often reasonably-priced or even free (such as Pau and Toulouse) with discounts for seniors and free entry for children. See France Galop for updated agendas (Trot meetings are written in italics)

Previous Article New Year, New Me: Life at the Château de Bourneau
Next Article Gardening in January: What to do and what to plant?