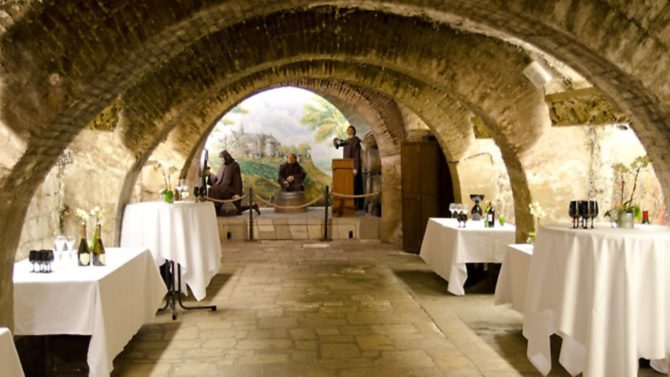 If you fancy a change from the A-list attractions, tap into the cultural richness of Paris at these lesser-known museums

Step inside the Wine Museum’s 15th-century vaulted cellars to discover a permanent collection of more than 2,000 items tracing back the history of wine-producing all over the world. It is owned by the Echansons Council since 1984 who strives to defend and protect French wines throughout the world and pass on that same passion. You can also take part in wine-tasting sessions and even enjoy an exceptional meal in the cellars at the Echansons restaurant.

Learn all about Paris at the Musée Carnavalet, where 140 rooms chronologically depict its history from pre-Roman times to the 20th century. Opened in 1866, the museum, houses Renaissance collections with pictures from the Wars of Religion, prints and memorabilia from the year of the French Revolution, including a replica of the Bastille carved from a piece of the prison, a collection of Napoléon’s belongings and a reconstruction of Marcel Proust’s cork-lined bedroom.

Set at the end of a tiny alleyway in the 6th and hidden by lush greenery, this museum is dedicated to Russian sculptor Ossip Zadkine whose interest in trees inspired him to carve metaphorical figures in wood pieces. As well as offering free entry, the museum lets visually-impaired visitors to touch the artwork in order for them to enjoy it fully.

Admire one of the largest collections of medieval art in the world at this museum on the Left Bank near the Sorbonne. The best-known work is the allegorical Lady and the Unicorn tapestry cycle, and there are also displays of sculpture and enamels. The building is a fine example of 15th-century Gothic architecture, complete with leaf-decorated doorways, a hexagonal staircase and vaulted chapel. Beneath it lie Gallo-Roman baths, which are the finest Roman remains in Paris.

The 19th-century artist Eugène Delacroix’s great tableau Liberty Leading the People, dedicated to the people of the 1830 revolution, hangs in the Musée du Louvre. However, many of his sketches, small oil paintings and lithographs are displayed in his former home and studio in the 6th arrondissement, just off Boulevard Saint-Germain. The museum has a lovely little courtyard garden, which is a perfect place to sit and ponder the works of this man of the people.

This small but visually striking museum is dedicated to the 19th-century Symbolist painter Gustave Moreau, whose students at the city’s École des Beaux-Arts included Henri Matisse. The museum is made up of the artist’s small private apartment and his art gallery. The ground floor features family portraits and a boudoir devoted to Moreau’s muse, Alexandrine Dureux, while the two other floors display a wide selection of his paintings, many of which draw on Greek legends and Biblical stories.

One of the oldest museums in France, the national veterinary school of Alfort’s museum was in fact the King’s own cabinet which first opened to the public in 1766. This exceptional museum preserves and exhibits more than 4,200 pieces including skeletons, animal parts and anatomical oddities. Reopened in 2008, it welcomes visitors in the same setting it was in in 1902 and is well-worth the metro or RER ride out to Maison-Alfort.

This museum is perfect for those passionate about French 18th-century art. Belonging to the Paris Decorative Arts, the museum is housed in a beautiful hotel particulier on the outskirts of the Parc Monceau and displays some exceptional pieces of delicate furniture, paintings, porcelain and sculptors, plunging visitors into the past.

Housed in a restored 19th-century exhibition room created by fan-makers Lépault and Deberghe, this elegant museum is dedicated to fans and presents over 2,500 pieces, dating from the 16th to the 20th century. Within the museum is the Anne Hoguet workshop which still restores and makes fans today. If the collection is beautiful, the rooms in which it is presented are also works of art themselves, with an impressive fireplace, embroidered walls and walnut furnishing.

Visitors can step inside the apartment Edith Piaf used to live in when she was 18 and get a glimpse of the singer’s personality. Simply comprising two rooms, painted in bright red, the tiny museum is crammed with letters, photos, discs, paintings and posters and even cocktail dresses which all fuel the myth of La Môme.