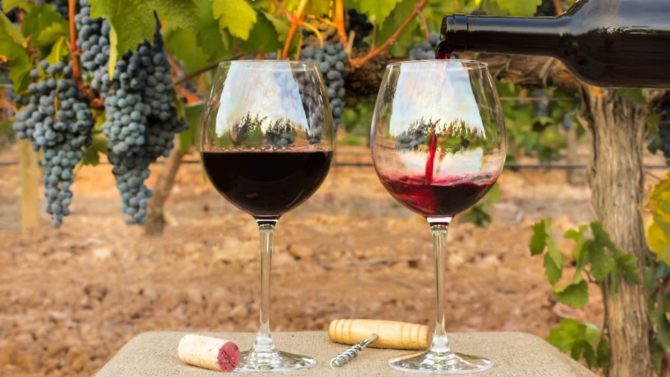 The clock is ticking as we await the third Thursday of November for the first bottle of Beaujolais Nouveau to be uncorked at 12.01am.

The famous slogan Le Beaujolais Nouveau est arrive will hang in wine bars, restaurants and cafes throughout France and across the world on this day. But how did this humble red wine from Burgundy gain its status on the world stage?

1. The wine became popular outside France in the 1960s and 70s with a clever marketing ploy. The race to export the newly bottled wine was turned into an event which Le Figaro, dubbed “the greatest marketing stroke since the end of World War II”.

2. Bottles of Beaujolais have allegedly been transported around the world by elephant, Concorde and a hot-air balloon.

3. This year the official launch of Beaujolais Nouveau Day will be held on November 21 in Tokyo to honour the faithful consumers. Japan imports a total of 25 per cent of all wine. The largest export market for Beaujolais wines is actually the United States.

4. The wine belongs to a category called vins primeurs, meaning any wine sold in the same year it is harvested, not long after completing fermentation.

5. There are over 100 Beaujolais Nouveau-related festivals held in the Beaujolais region. The most famous festival, Les Sarmentelles, is held in Beaujeu, the capital of the region. The winner of the annual tasting contest wins their weight in wine.

7. According to The Oxford Wine Encyclopedia, the tradition of drinking wine so young dates from the 19th century, when “the year’s wine would complete its fermentation in cask while en route to nearby Lyons, where the new wine provided a direct link with village life in the Beaujolais hills”.

8. Within the Beaujolais region, which is 34 miles long from north to south and seven to nine miles wide, about 4,000 grape growers pick their Gamay grapes by hand in order to qualify for the “Beaujolais Nouveau” AOC.

9. The wine’s easy drinkability is due to a process called carbonic maceration, or whole berry fermentation, which allows the juice to be extracted from the grapes with a minimum of tannins.

10. It is not a wine to keep in your cellar; it is a wine to drink fairly rapidly. Preferably slightly chilled. A Votre santé.

Previous Article Toast the grape harvest in France at one of these wine hotels
Next Article Win! Picpoul de Pinet by Marc Medeville and Emmanuel Perrin