French connection: How a family exchange ignited a passion for France for one British student 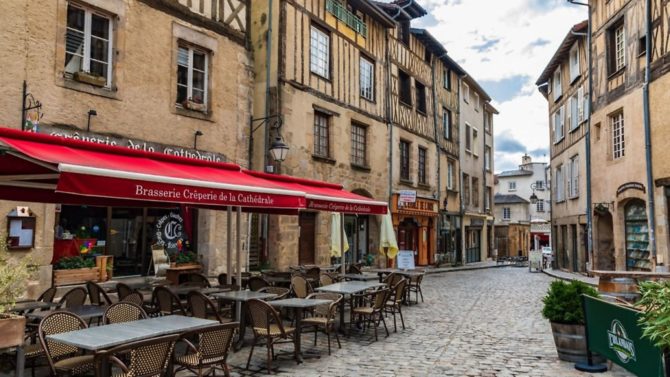 French exchange programmes, such as the Staffordshire-Limousin Experience, can instill a lifelong love of languages in young people

Picture this: East Midlands Airport, April 2016. Departures is crammed with nervous teenagers, all flicking through French phrase books, contemplating how best to greet their French correspondent once they arrive in the unfamiliar, unheard of, maybe even unknown land of Limoges Airport. I have to admit that I really let myself down with my own greeting; I was so overwhelmed that the only word I could splutter out was a good, old, English “hi!”. Bad start aside, my time during the Staffordshire Limousin Experience (SLE) allowed me to make a lifelong friend, inundated me with confidence and gave me my first real insight into the authentic French culture, which I now adore.

A classic French exchange, where one student stays with a French family for a period of time and then welcomes their partner into their own home a few months later, has been much enjoyed by generations of French and British students alike for years and is still going strong, The SLE has been running since 1976 and the connection between the Staffordshire and Limousin regions has but strengthened and blossomed. Armed with tips, advice and anecdotes from previous participants, I embarked upon this journey to France with a pretty clear vision of what I was about to experience. What I did not expect, however, was to be sent straight to a party at the local village’s salle des fêtes full of intimidating French youths. It was here that I realised how embarrassingly poor my level of French was, thanks to one girl in particular who relished the opportunity to interrogate me on my pronunciation of every French word she could think of. Luckily, my correspondent, Eva, came to my rescue, after which we swiftly left the party and my intensive immersion into her family well and truly began.

Mealtimes are at the heart of the French way of life, put on a pedestal to be enjoyed slowly and meticulously, so it goes without saying that it felt like an honour to be allowed to take part in what could only be described as some sort of alimentary ritual. Conversation-wise, it was a chance for me to get to know Eva and her family and to make many linguistic mistakes, whereas food-wise, it was a chance for me to marvel at how a meal could be stretched out to seven courses without even knowing what each of said seven courses actually were. I spent most of the meal in a state of confusion for many reasons, one of which being the realisation that the fondue I was expecting wasn’t chocolate and strawberries, nor cheese and bread, but boiling water and raw meat, but I kept in mind that this was all part of the experience. We were off to school the next day, anyway, so I convinced myself that all would be well once I was reunited with my fellow English participants.

Well, I was wrong. Apart from being the talk of the school and embracing the popularity that came with being a French student’s show-and-tell, my first day in a French collège was a real rollercoaster. The school day ran from 8am until 5pm and after hours of algebra, Spanish and some questionable canteen food, I realised that I wasn’t cut out for it and crashed quite dramatically once we returned home, not making an appearance until the next morning and thus missing out on crêpes for tea.

Luckily, the novelty of the English aliens soon wore off for the French students, and the rest of my time at the school was a success. The chance to see the live-action version of the Education module from my GCSE French textbook proved invaluable and allowed me to engage with my studies on a much higher level; not only in terms of authenticity but in terms of the confidence I gained in all areas of the language, too. Alongside going to school, the fantastic SLE organisers also arranged a number of activities around the region, including a trip to a glove museum (is there anything the French don’t have a museum for?!), a barbecue and a trip to the fascinating Musée de la Résistance.

The return of the French students to England a few months later was just as eventful and enjoyable as the first half of the exchange and was met with many tears at the airport when it came to an end. We had created an extraordinary bond between the two regions, which is incredibly touching considering the recent decrease in the popularity of language subjects in British schools. Nevertheless, exchange programmes have the power to change this; the all-round confidence and cultural awareness gained from such an experience is enough to spark a genuine interest in the subject which, as many previous participants will agree, will last a very long time.

Whether you fancy an adventure, want improve your French or just need to get away from your parents for ten days, the benefits of completing a French exchange are endless. Once the world returns to normality, the Franco-British connections will still be as strong as ever and exchange programmes across the country, like the SLE, will do everything they can to resume as soon as possible so that a passion for Francophilia can continue to be ignited for generations to come.

Reader experience: How we relived 40 years of French holidays during the coronavirus lockdown

Previous Article Make bread at home with French bakery PAUL
Next Article Want to run a business in France? Here’s what you need to know about health insurance