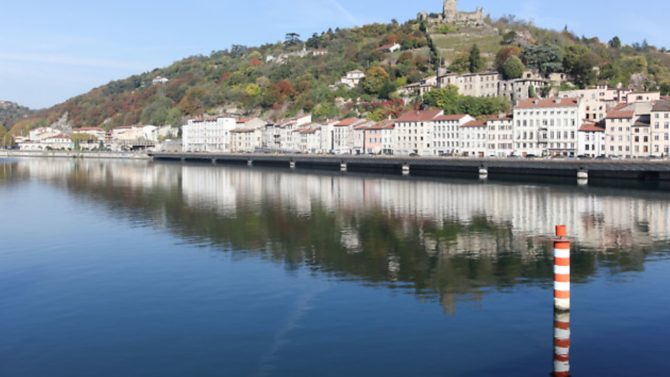 An insider’s guide to Vienne in Nouvelle Aquitaine, including the main attractions to visit on holiday, the best towns and villages to live in, the major festivals and events, and buying property in Vienne

One of the four departments that make up the former region of Poitou-Charentes now part of the larger Nouvelle Aquitaine region, Vienne is named after the river that meanders lazily through the lush green countryside. Created in the 1789 revolution, Vienne is one of the original 83 departments and borrows territory from the abolished duchies of Poitou, Touraine and Berry.

Now situated in Nouvelle Aquitaine, the mainly rural department is surrounded by the departments of Charente, Deux-Sevrès and Haute-Vienne.

Positioned between the Atlantic coast and the centre of France, the department is an active farming area with rolling fields full of cheerful yellow sunflowers, and is an ideal place for soaking up the pleasures of rural France. Known for its mild summers and winters, Vienne is popular among holidays and prospective homeowners whether they’re after the rural idyll or dynamic city living.

Plane: Services run from the UK to Poitiers

By train: Eurostar to Paris and then jump on the TGV to Poitiers

By road: Poitiers is 628km from Calais

Places to visit in Vienne

The Vienne department is home to some stunning Romanesque architecture, much of which can be found in the departmental capital, Poitiers, which provides excellent transport links around Vienne and is also home to the popular high-tech Futuroscope theme park, with its 3D and 4D cinemas. Imagine swooping like a raptor over rivers, driving a racing car around the track at Le Vigeant or trying to avoid crashing round the narrow streets of historic Chauvigny, all from the comfort of a seat at the cinema.

Poitiers is also home to one of the oldest Christian monuments in Europe, the Baptistère Saint-Jean, Roman ramparts, the remains of an amphitheatre and a host of fine Romanesque and Gothic churches. In fact, Poitiers has around 80 listed buildings which contrast nicely with the futuristic theme park just a short drive away.

The history buffs among you will be interested to learn that, although Vienne was only officially created during the French Revolution, it was here that Eleanor of Aquitaine lived, and her marriage to Henry II brought this part of France under English rule.

There are some 50 abbeys and churches dotted throughout the department, some of which are still inhabited by monks, not to mention countless castles and museums. The art within the Crypt of Saint Catherine and the Chapelle Saint-Laurent in Montmorillon are also considered highlights.

Literary lovers flock to the village of Mountmorillon; with quaint, medieval streets lined with intriguing bookshops and studios of local artists to browse at leisure. Nicknamed the ‘city of heritage’, Mountmorillon also hosts regular culture and literary festivals.

Things to do in Vienne

In addition to the vibrancy of Vienne’s towns and villages, the department also boasts glorious countryside for those who seek peace and quiet in a stunning setting. The lazy meandering rivers overhung with oaks are perfect for a peaceful day’s fishing, a soothing paddle in a canoe or a leisurely ramble along the banks.

There are plenty of marked trails for those who fancy exploring Vienne by foot, or perhaps cycle along the Vélo Rail for wonderful views of the medieval citadel of Chauvigny and its five fortified châteaux.

The area is home to the Vallée de Singes, where some 350 monkeys roam in natural surroundings, and offers visitors the opportunity to get up close and personal with nature. Watch feeding times throughout the day, and keep little ones entertained at the mini-farm where they can pet goats and sheep.

The region is known for enjoying rustic, hearty food, and the people of Vienne often enjoy visiting the numerous street markets to pick up local delicacies. The area is famous for its goat’s cheese and is also home to a number of different wines which are definitely worth trying.

Vienne is the perfect place for expats to relocate or purchase a second property due to the idyllic rural landscapes, vibrant city life in Poiters and the year round mild climate. There’s a wide range of property styles and prices; from stone brick farmhouses, one-storey longères with sloping tiled roofs and sizeable charentaise houses, usually situated on a piece of land, which make ideal holiday homes.

You can find properties in Vienne for sale on the France Property Shop website.