This stunning village gives visitors the warmest welcome in France 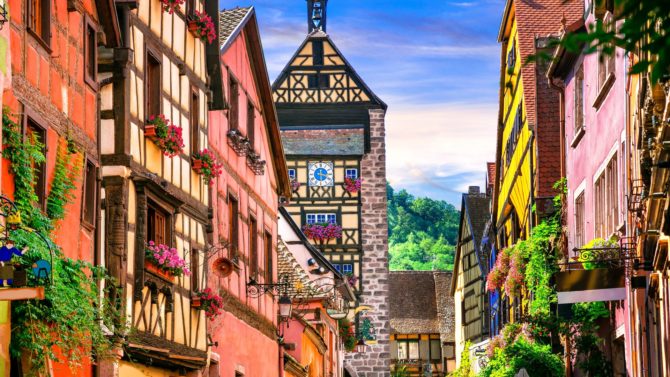 Riquewihr, a stop-off on the Route des Vins d’Alsace, has been praised for its hospitality in Booking.com’s Traveller Review Awards

Postcard-perfect medieval village? Tick. Colourful half-timbered houses adorned with flowers? Also tick. Warm welcome for visitors? Big tick. Riquewihr in eastern France already had everything going for it, but now it has the cherry on the cake – it has been named the most welcoming place in France in the 2022 Booking.com Traveller Review Awards thanks to the hospitality it offers tourists.

The Haut-Rhin village was recognised for its hard work in the accommodation booking platform’s tenth annual awards, which drew upon over 232 million verified traveller reviews to crown its champions. Situated at the heart of Alsace’s wine country, it’s a key stop-off on the Route des Vins d’Alsace, France’s oldest wine route, which draws oenophiles from around the world to taste the region’s bounty. It also boasts the accolade of being a member of France’s Plus Beaux Villages (Most Beautiful Villages) association and is a great place to be based to experience the best of Alsace’s culture and gastronomy.

Riquewihr is famous for its traditional Alsatian architecture, including the Dolder Tower, home to a museum showcasing the village’s medieval history. Whatever season you visit, you can be assured of a great time – the Christmas period is a particular highlight as the village dons its festive finery.

Riquewihr wasn’t the only Alsace village in the spotlight in the Traveller Review Awards – nearby Ribeauvillé came second in the rankings, while Colmar and Eguisheim rounded out the top ten in ninth and tenth place respectively.

Elsewhere in France, the wine-producing paradise of Saint-Émilion in Gironde came third, followed by Saint-Aignan, Moustiers-Sainte-Marie, Albi, Verdun and in eighth place, Wimereux.

Previous Article 6 recommended French white wines for under £10
Next Article French property renovations: Why a garden shed will now cost you more