These picturesque locations in France are a hit on Instagram 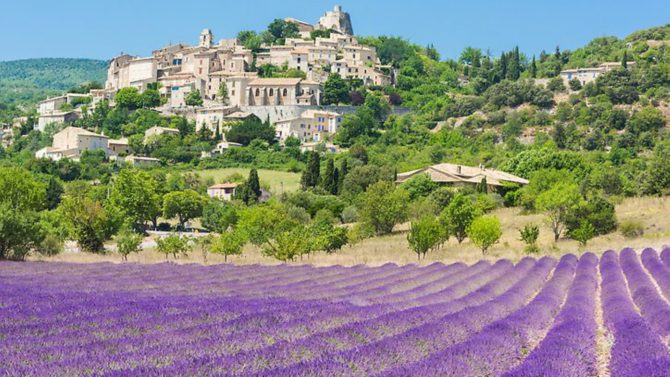 From villages to national parks, France has some of the most popular destinations shared on Instagram in the world

It’s no surprise more of us are turning to photo-sharing social network Instagram to look for inspiration for where to take our next holiday.

With feeds filled with dreamy pictures of beaches and national landmarks, travellers are seeing countries they thought they knew well in a whole new light, as well as creating a wish list for where to visit next.

Recent data gathered by Farawayfurniture.com looked at where the most ‘Instagrammable’ villages are around the world, while a similar study by Taxi2airport.com looked at the most Instagrammable forests, with both including beautiful, photoworthy sites in France.

Nestled among vineyards, this quaint Alsation city is filled with colourful traditional houses and flower-lined canals. Its historical centre, home to picturesque half-timbered houses, is a protected area and has benefited from careful restoration in recent years. Must-see attractions include Little Venice, Quai de la Poissonnerie (the fishmongers’ district) and the Maison des Têtes which was built in 1609 and owes its name to the 106 heads which decorate its rich façade.

This stunning village clings to a small hill on a high plateau in the department of Alpes-de-Haute-Provence. Classed as a village de caractère, it has pretty cobblestone streets, typical of Provençal villages in this area, and in June and July it is surrounded by stunning lavender fields. Don’t miss the 16th-century covered market with a beautiful colonnade and the old château which was built in the 12th century and has a remarkable hexagonal shape.

Located between the Massif Central and the Mediterranean, Cévennes National Park is a unique, well-preserved natural environment.

Created in 1970, the park covers the three departments of Ardèche, Gard and Lozère and its biodiversity is particularly impressive with around 2,400 animal species, including two thirds of all animals in France.

It is accessible to all and a paradise for hiking, with 5,000km of marked trails, as well as horseriding and mountain biking.

Previous Article The prettiest houses for sale in France right now
Next Article Win! Notre Dame de Paris – A Celebration of the Cathedral by Kathy Borrus