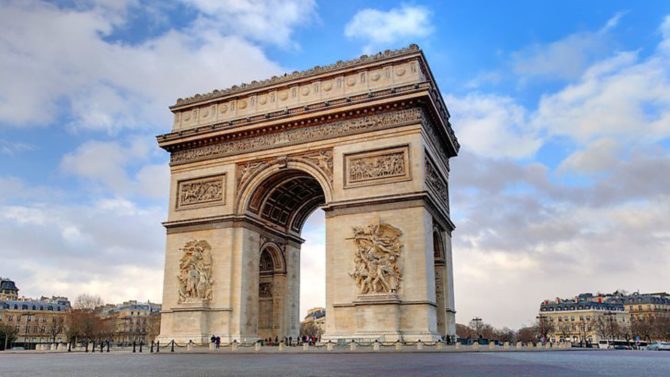 The French City of Light beat off competition from Brussels, Athens and Lisbon to take the top spot

Loved by travellers around the world, Paris’ breathtaking architecture and renowned galleries has seen it take the crown as the most cultural city in Europe.

In a survey of 31 major cities, Paris topped the list as the number one city for culture, with an impressive 20.5 cultural attractions per km².

With sights such as the Louvre, the towers of Notre-Dame Cathedral and the Eiffel Tower, Paris came out on top in five of seven different categories including entertainment; monuments and statues; parks and nature; points of interest and religious sites.

Paris also had the second highest number of attractions overall, with 2,157, only being beaten by Moscow in Russia, with 2,511. However, the smaller size of the French capital means it has more attractions per km², helping it claim the top spot.

For the research, Pullman Hotels analysed data from TripAdvisor to see which city offers visitors the widest array of cultural attractions. The international hotel brand then compared this to the size of each city to reach an ‘attractions per km²’ figure.

With so much to see in Paris, visitors flock to cultural institutions such as the Palais Garnier Opera House, the biggest opera house in Europe, the Musée d’Orsay, home to famous paintings by Manet, Renoir and Degas and iconic landmarks such as the Arc de Triomphe, Sacré-Coeur, Grand Palais and Hôtel de Ville.

Even if you have visited Paris many times before, there is always something new to explore. Major events this year include Degas à l’opéra at the Musée d’Orsay which runs until 19 January 2020; La Traviata at the Palais Garnier until 16 October; the international contemporary art fair FIAC at the Grand Palais from 17 to 20 October followed by an exhibition of paintings by Henri de Toulouse-Lautrec at the same venue from 9 October to 27 January 2020. In the second week of November, the Salon de la photo (Paris Photography Fair) takes place at Paris Expo Porte de Versailles.

Behind Paris, Brussels came in second place out of the top five cultural cities in Europe, followed by Athens in third place, Lisbon in fourth and Dublin in fifth.

London was ranked as number 17, despite having the third highest number of attractions on offer, with 2,108, its larger size meant it had fewer attractions per km².

Interview: Elaine Sciolino, author of The Seine: The River That Made Paris

Previous Article 10 discoveries about life in France from Living France’s October issue
Next Article Which documents do I need to sell my house in France?