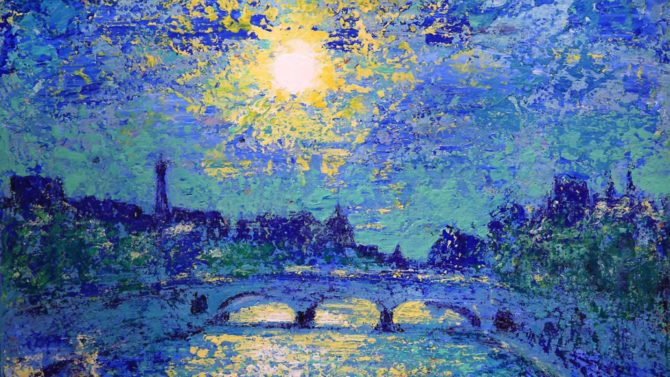 Paris has been named as the world’s most creative city. The French capital beat cities including Barcelona, London and New York City to the top spot in a study carried out by Inkifi, which looked at each city’s cultural offering to produce a ranking of the top 20.

Each city was given a score in 10 different categories, which included the number of art galleries and theatres per square mile as well as the number of music clubs and noteworthy architectural buildings. In a nod to the growing popularity and influence of social media platforms, a category for the number of street art Instagram posts was also included. Paris scored highly in every category to receive an overall score of 80.92, more than 40 points ahead of second-placed Barcelona and 52 points ahead of London in fourth.

In addition to being the world’s most creative city overall, Paris also claims the title of world’s most theatrical city – with 3.59 theatres per square mile it boasts the highest number of all the cities studied. It also scored particularly highly for the number of art galleries per square mile, coming second behind Tel Aviv with 4.30. Meanwhile the French capital clocked up a whopping 824,602 street art Instagram posts, almost double that of London (463,109) and New York City (428,191).

Living in Paris is a dream come true for LA chef

QUIZ: How well do you know France’s World Heritage Sites?

Making tracks: A short history of the Paris Metro

Previous Article How to set up an internet connection at your French property
Next Article From cunning monkeys to ostrich policies: 8 fun animal-related French idioms to use