Where was the sunniest place in France in 2021? 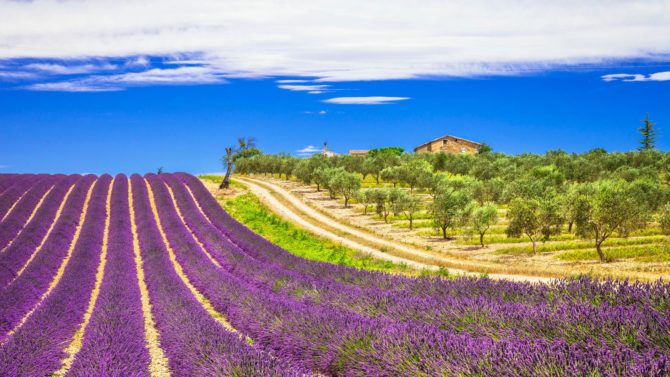 Find out which Provence town was the sunniest in France in 2021, and which Breton city was the greyest…

The town of Marignane in Provence’s Bouches-du-Rhône department was the sunniest place in France in 2021 according to data from forecaster Météo France.

The data showed that Marignane received the highest number of sunshine hours in the country, basking in 2,920 hours of sunshine across approximately 300 days. This equated to an average of 9.7 hours of sun on each sunny day. The Provençal town already holds the record for being the sunniest place in France, having received 3,110 hours of sunshine in 2017.

Provence is perennially popular as a holiday hotspot and Bouches-du-Rhône saw record temperatures in general in 2021, with the mercury reaching a peak of 41.2°C in the commune of Trets on 13 August.

Located between the cities of Marseille and Aix-en-Provence, Marignane’s tree-lined streets and shaded squares are the ideal place for a summer stroll, with the Romanesque church of Saint Nicolas and the 17th-century Château des Covet among the many sites worthy of a visit.

Meanwhile, at the other end of the scale, the Breton city of Brest recorded 1,613 hours of sunshine in 2021, making it the least sunny place in France this year. However, the port city in Brittany‘s Finistère was sunnier than it was the year before, with the number of sunshine hours recorded representing an 8% increase on 2020. Brest also saw two consecutive days where temperatures exceeded 30°C, a first since the creation of Météo France’s readings.

Brest has been chosen by President Macron to host the first International Summit on the Oceans, which will take place in early 2022 and aims to supplement international maritime law in order to better protect the biodiversity of the oceans.

On a national level, France was generally colder in 2021 with lower temperatures than in 2020, however according to Météo France, 2021 is still among the 10 hottest years ever recorded globally.