Making tracks: A short history of the Paris Métro 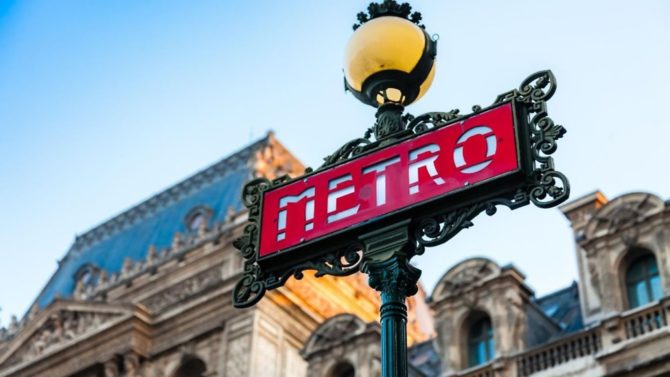 Discover the background to Paris’ Métro stations and underground system, a celebrated feat of 19th-century engineering

The first line of the Paris Métro was opened in 1900, but plans to build an underground railway were hatched long before, in 1855.

Engineers Edouard Brame and Eugène Flachat proposed a line to serve the market at Les Halles, but the project failed to win approval. So while London opened its subterranean Metropolitan Railway on 10 January 1863, and Berlin opened the U-Bahn in 1871, it wasn’t until 1896 that the Parisian authorities gave the go ahead for an underground transport system.

It was Fulgence Bienvenüe, a Breton engineer, who impressed with his electric underground railway. Quite literally a ground-breaking project, work began to bash out the necessary tunnels on 4 October 1898.

The new railway might have been a star in the Universal Exposition in April 1900, but inevitably there were delays on the line. Finally, on 19 July 1900, the Métropolitain railway carried its first passengers between Porte Maillot, in the west of the city and Porte de Vincennes, in the east.

Before boarding, they passed through the Art Nouveau entrance designed by Hector Guimard. Journalist Serge Basset, writing about the inauguration for Le Figaro, called Guimard’s work “very elegant,” but added his design was “so original it resembles an umbrella turned inside out by a storm”.

Above ground, Paris was enduring a heatwave and, according to Basset, many passengers remarked upon the cool air in the underground station before marveling at the speed at which they were able to cross the city.

The network continued its expansion in the following years, although tragedy struck in 1903, when a train caught fire on the new Line 2, resulting in 84 deaths at Couronnes station.

Bienvenüe wanted to ensure Parisians would never be more than 500m from a Métro station, and by 1910 there were six working lines. Today, there are 16 lines, stretching some 214km and 302 stations, some of which still have those iconic Art Nouveau entrances.

More than a transport system, the Métro has a life of its own. In 1968, the then minister of culture André Malraux decided that stations should be cultural destinations in their own right and a number of them are decorated in line with their history or locality.

Fulgence Bienvenüe, le père du métro parisien, died aged 84 in August 1936. Three years before his death, one of the network’s key stations was renamed in his honour. So if you ever find yourself at Montparnasse-Bienvenüe you will know who to thank for getting you to your destination, along with almost five other million people who travel on the Métro every day.