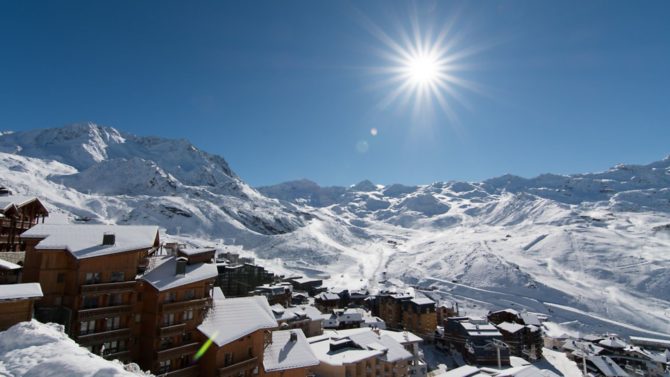 Excellence in the ski hospitality industry around the globe has been celebrated at the annual World Ski Awards.

The event, now in its seventh year, champions the ski tourism brands from across Asia, Europe, Oceania and the Americas, which are pushing the boundaries to become leaders in their field.

French winners at this year’s event, held in Austria, included Europe’s highest resort, Val Thorens in Savoie, which was voted World’s Best Ski Resort due to its vast network of snow-sure slopes.

It is the sixth time Val Thorens has won the accolade and seventh consecutive year it has won France’s Best Ski Resort.

Vincent Lalanne, director of the Tourism Office in Val Thorens, said: “The World Ski Awards are at the same time a recognition and a reminder to us to continue developing and delivering excellence to clients.

“We’re very happy to win this award again this year, especially because of strong competition from other well-known international resorts.”

With 12 bedrooms all facing Mont Blanc, this ultra-modern, chic chalet has designer interiors and one-of-a-kind artwork. Spread out over five floors it has the capacity to accommodate 26 people with features including an indoor swimming pool, Jacuzzi, sauna, gym, massage room, cinema, wine cellar and even its own helipad.

The five-star hotel has a ski room which provides direct access onto the slopes, as well as three restaurants, a spa and Nordic-chic atmosphere.

All 88 rooms have interactive touch screens, iPad and Mac mini and large windows with views of the snow-covered Alps.

France’s Best Ski Chalet went to Shemshak Lodge in Courchevel, which is part of the Consensio collection. The luxury chalet sleeps eight in four en-suite bedrooms, with furnishings brought together by a top London interior designer.

It also has a large, heated swimming pool with panoramic views of the valley, Jacuzzi, hammam and state-of-the-art gym.

This five-star boutique hotel has three authentic alpine-style chalets which offer stunning views of the valley and mountains.

For all the winners, visit worldskiawards.com

When do the French ski resorts open?

From Scotland to a new life in the French Alps

Previous Article When do the French ski resorts open?
Next Article Janine Marsh: 30 things I love about life in France