Events in France in April 2019 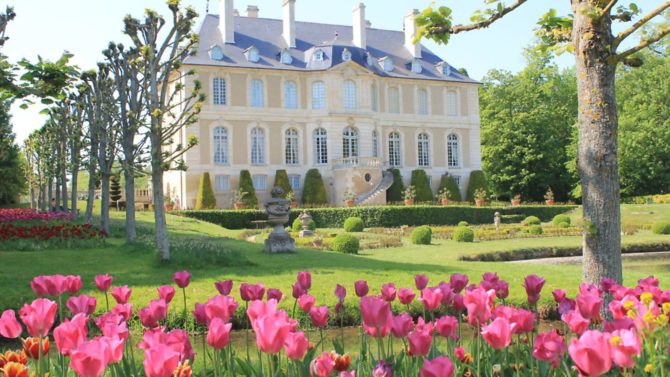 From colourful kite creations in Pas-de-Calais to fantastic floral displays in the Loire Valley, there’s lots to see in France this month

In April, amateur and professional cyclists take on the infamous cobbles of the Paris-Roubaix cycle route in northern France – known as the Hell of the North. The route has been part of the Tour de France in previous years and, along with the Alpe d’Huez and Col du Tourmalet, the Paris-Roubaix route has become a must for all enthusiastic cyclists in France. Amateurs can choose between a 170km, 141km or 70km race while the elite riders tackle the cobbles the following day.

This spring, 78 majestic properties in the glorious Médoc wine country will open their doors to visitors for the annual Printemps des Châteaux event. As well as wine-producing domaines, there will also be restaurants, a chocolaterie and a brasserie taking part in the event this year. On the programme are musical performances, painting exhibitions, photography shows and sculptures to marvel at.

Is it a bird? Is it a plane? In Berck-sur-Mer this April, chances are that it’s actually a kite soaring through the northern French sky as the Rencontres Internationales de Cerfs-Volants comes to town. All manner of colourful creations take to the air; look out for dogs, whales and even dragons! The festival’s prestige means that it attracts kiting teams from as far afield as China and Panama.

April Fool’s Day in France is called le poisson d’avril and you can expect to see fish-shaped chocolates and pastries in shops across France. The traditional prank in France is to stick paper cut-out fish onto unwitting people’s backs. The origins of le poisson d’avril are unclear but many believe it is related to the end of Lent and the tradition of giving fish as a gift to celebrate the beginning of Easter.

April is the perfect month to get back into gardening and the International Garden Festival (April to November) in the Loire Valley springs up just in time to inspire green-fingered ambitions for the warmer season ahead. Set in the charming gardens of Château de Chaumont, the festival showcases over 30 themed gardens from all over the world. The unique landscape designs give an extra flourish to the already impressive gardens that surround the lavish building. At night, the gardens are illuminated, making for an even more enchanting experience.

Spring is the ideal time to get back to nature and the Bay of Somme in Picardy, with its lakes, valleys, sand dunes and cliffs is the ideal place to wake up to the wildlife all around. In April, the Festival de l’Oiseau et de la Nature celebrates the great outdoors with special screenings of nature documentaries, educational workshops and photo exhibitions. Guided tours through the countryside are available on horseback, boat, bike and foot and provide a great opportunity for visitors to spot birds or even seals on the bay.

If you need some spectacular sights to motivate your running ambitions, the Paris Marathon has an unrivalled supply to spur you on when the going gets tough. The race starts on the Champs-Élysées leading participants along a route lining the city’s most magnificent monuments including the Louvre, Pont Neuf and the Eiffel Tower. If the world-famous sites aren’t enough to keep you going, pop-up music events and cheese at the 35km mark should cheer you on.

From April until October, the spotlight will be on Chartres when the enchanting city holds its annual festival of light, Chartres en Lumières. When dusk arrives, you can see the city in a whole new way as light and video installations reflect off the city’s medieval monuments including the UNESCO-designated cathedral. See the spectacle by simply strolling through the illuminated town on foot or by joining a guided tour. Alternatively, catch the Petit Train to take in the sights with commentary from the driver.

Every spring, thousands of spectators come to the concert halls and marquees of Bourges to listen to the world’s most famous artists and discover young musical talent. Fusing popular headliners with lesser-known bands, the Printemps de Bourges festival has offered a week of concerts every year since 1977, in the most diverse musical genres, at various locations across Bourges.

The grounds surrounding the Château de Vendeuvre near Caen burst into life with more than 300,000 tulip blooms of over 100 varieties during the Festival de la Tulipe. The tulips are planted around the garden’s features so you can follow the colourful trail of flowers and marvel at the estate’s trees, statues, ponds and ornate pavilions on your way. If it gets a little chilly, call into the château to see its quirky collection of miniature furniture on display.

The bastide village of Fourcès in the Gers departement is already recognised as one of France’s Plus Beau Villages, so the arrival of its gorgeous flower market makes it a photographer’s paradise. The market takes over the central square and is the highlight of the village’s events calendar, luring in visitors from across France to see its floral finery.

If you fancy a change from Disneyland, skip Sleeping Beauty’s castle for the bright lights and big wheels of France’s biggest fairground. The Foire du Trône sets up shop at the Pelouse de Reuilly, where three million visitors will be able to enjoy 350 attractions and 80 hair-raising rides, as well as delightful carnival treats like popcorn and candyfloss.

Scallops are the prized seafood speciality along the Côtes-d’Armor coast in Brittany and every year, on the last weekend of April, this star of the sea is celebrated during the Fête de la Coquille Saint-Jacques. Visitors can sample the locals’ favourite dish fresh on the port or take their pick from the many restaurants serving up special menus for the festivities. When you’ve had your fill of seafood, watch a street parade, go on a fishing trip with local trawler men or catch a special musical performance.

Previous Article Sun, spas and cycling in Vendée
Next Article Take a first look inside the new Galeries Lafayette