Chamonix without the ski 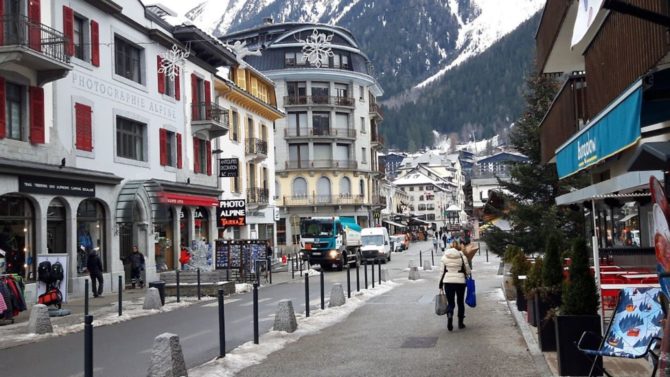 Chamonix is one of the best known ski resorts in France, but it has plenty to offer non-skiers too, as Brigitte Nicolas discovered

As a non-skier I was intrigued to see what my short break to Chamonix would bring and if there would be enough to keep me occupied.

But my slower-paced holiday had plenty of magical moments.

An easy one-hour drive from Geneva airport and I found myself surrounded by mountains watching clouds brush the peaks with a friendly bise.

Then a quick turn off the main road and we are in Les Houches, one of Haute-Savoie’s mountain communes settled in the Chamonix Valley

The small village resort is well located with two cable cars to the ski areas and a bus connection to Chamonix town. Like Chamonix, Les Houches was a village before it became a ski destination.

There are a few shops and restaurants to enjoy and a little church in the village centre, but the place generally has a peacefulness to it. Walking around I saw families returning from the slopes together and several lovingly created snowmen, but little of the party vibe that some ski resorts profit from. I stayed in a beautiful chalet-style apartment with views over the village in the 4-star MGM Chalets Éléna.

My first non-ski activity to try was snowshoeing. Unlike skiing which, so I hear, can take days to get to grips with and a lifetime to perfect, snowshoeing – with the just a little instruction – is an enjoyable experience the very first time you try.

It is a fairly leisurely activity which allows you to really take in your surroundings and has similar pace and energy to a hike in the woods or up a hill that you might do on a weekend afternoon in summer.

It is important to have a guide, however, as they will know a good route to take and will be able to provide you with the correct safety equipment as you will be in more natural areas that don’t have the same controls as the ski slopes.

I was lucky to have a member of the Chamonix Guides Company , an organisation that has been helping keep mountaineers safe in the area since 1821, showing me the ropes.

The beautiful Réserve Naturelle Carlaveyron was the playground for the experience.

Strapped into the snowshoes and having found a rhythm in my step I started looking around, it struck me that I had never seen snow so deep and so untouched with a natural wave to the surface and occasional tracks left by roe deer and hares.

The snow started to sparkle as we reached a clearing in the natural forest and I took a moment to enjoy the sun on my face.

In the evening we headed into Chamonix for dinner. Due to its positioning at the base of Mont Blanc, Chamonix first became a tourist destination as a place to go mountaineering. Today though there is a heavy ski focus, with ample shops to pick up equipment and people dressed in ski wear day and night.

The town is pleasant to walk through and there are numerous eateries where you can get relaxed hot chocolate or a burger, more sophisticated cafes and restaurants where you can dine inside or on terrace areas, as well as traditional restaurants serving fondue.

We ate at the Le Caphorn , a restaurant and bar full of the lively sounds of music, chatter and laughter. The wooden low-lit interior was decorated in fake furs, cow bells and candlesticks and the menu had an impressive selection including everything from duck terrine to sushi to a veggie burger and chips.

An absolute must do if you are in Chamonix is take a trip on the Aiguille du Midi cable car and get a whole new perspective on the place. Departing from the south of the town the cable cars run up and down the mountain daily 8.10am to 4.30pm (weather dependant) with longer opening times in the summer.

It was enjoyable on the journey up watching the town shrink below, but it is when you have stepped out of the cabin, climbed the final stretch up the staircase on foot and achieved the full 3,842m of altitude that you really recognise that you are somewhere memorable.

Standing on the platform above the clouds and exposed to the cold temperatures of that altitude, I zipped my coat as far up as it went and pulled my hood over my hat, yet I had no desire to rush back down the mountain.

I took my time to appreciate the entirety of the view over the remarkable landscape of alpine peaks stretching out for miles in front of me.

After all that exploration it is nice to have a bit of do-nothing time, and so I went in for a bit of pampering at the MGM Chalets Éléna: Spa Montagnes du Monde in Les Houches. I opted for a facial to revitalise and hydrate the skin, which included a facial massage with a trendy jade roller and allowed me to lie down and unwind for 50-minutes, after which I emerged refreshed. With so many skiers leaving the slopes with aching muscles there are ample spas in and around Chamonix ready to tempt you into a bit of relaxion.

Leaving Chamonix I was satisfied with the new experiences under my belt, perhaps I will return to give the slopes a go one day but I have no regrets in not doing so this time.

How to spend a day in Perpignan

Savoie – in and out of season How to spend a weekend in Dijon, France’s mustard capital

Where to Stay in France – Three-Star Hotels

Previous Article Clever ways to save money on life’s essentials in France
Next Article Vive le vélo! 7 things we learned about France while putting together the April issue of FRANCE Magazine