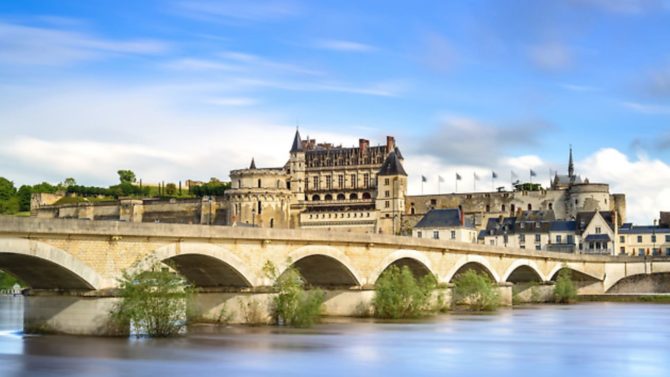 Despite its name Centre-Val de Loire isn’t quite in the centre of France, lying just to the north of centre. It borders Île-de-France, Burgundy-Franche-Comté, Auvergne-Rhône-Alpes, Aquitaine-Limousin-Poitou-Charentes, Pays de la Loire and Normandy.

While the Loire Valley runs through the west of the region and into neighbouring Pays de la Loire (the departments of Maine-et-Loire, Indre-et-Loire and Loir-et-Cher), the south of Centre-Val de Loire is a mainly agricultural area with several regional parks while most of the major cities are in the north of the region and benefit from good transport links to Paris.

The region was created from the former provinces of Berry, Touraine and Orléanais and when the regions of France were changed in January 2016 it was renamed Centre-Val de Loire.

Eure-et-Loir is nestled between Paris and the Loire Valley and named for the two rivers than run through it. The capital is Chartres, known for its UNESCO-protected Gothic cathedral.

Loiret borders Île-de-France and Burgundy-Franche-Comté and its capital is the city of Orléans, known for its liberator Joan of Arc (the Maid of Orléans).

Loir-et-Cher borders the Pays de la Loire region and is part of the trail of Loire Valley châteaux. The capital is Blois, famous for its Renaissance castle.

Indre-et-Loire also borders the Pays de la Loire region and boasts a number of the famous Loire Valley châteaux. The capital is the city of Tours.

Indre is located in the south of the region, bordering Aquitaine-Limousin-Poitou-Charentes, and south of the famous Loire Valley châteaux. The capital is the medieval town of Châteauroux.

Cher was once part of the Berry region and is now made up of five different areas. The capital is Bourges, known for its Cathédrale Saint-Étienne de Bourges.

Plane: Tours airport has flights from London Stansted, and Paris Orly airport is just over an hour’s drive from the north of the region.

Train: You can reach Orléans from Paris in an hour by train and Tours is a journey of an hour and 15 minutes. From these you can get regional train services to the rest of the region.

Car: Orléans is between 3 and 4 hours from most of the northern ferry ports and around 2 hours from central Paris. Several major motorways connect the region to Paris including the A10 Paris-Tours, A11 Paris-Chartres, A71 Paris-Orléans.

Best known for its famous protector, Joan of Arc, regional capital Orléans is packed with heritage buildings. Its neighbourhoods trace the evolution of the city over centuries, from the prefecture which was the site of the original Forum in Antiquity, to Renaissance architecture and the 20th-century Parc Louis Pasteur. To trace the story of Joan of Arc visit the Maison de Jeanne d’Arc in Orléans.

Although Orléans is the capital of Centre-Val de Loire, the largest city in the region is Tours. Tours was almost completely destroyed in World War II and the city was subsequently rebuilt. It now has many green spaces which has earned it the title of ‘Le Jardin de France’. Tours is known for the supposed perfection of its spoken French and its beautiful Gothic cathedral.

Chartres sits on the Eure River and is also best known for its exquisite 13th-century Gothic cathedral. Chartres cathedral is an UNESCO World Heritage Site and boasts some stunning stained-glass windows. The old town is full of timber-framed houses tumbling down to the river’s edge.

Cathédrale Saint-Étienne de Bourges, located in the town of Bourges, is also a UNESCO World Heritage site and considered a masterpiece of Gothic art. Also in Bourges is the exquisite Palais Jacques Coeur, built by the son of a local merchant who rose to become treasurer to the King and is well worth a visit. Bourges is a ville fleurie and has a number of historical buildings.

Châteauroux is a charming town boasting a quaint old centre featuring clusters of 16th-century houses. The town was a centre for textile production in the middle ages. Just outside the town lies the Châteauroux forest with plenty of trails and cycle routes.

Blois is a charming town and has been home to seven kings and 10 queens of France. It is famed for its Renaissance castle in the centre but the rest of the town with its medieval half-timbered houses, grand stone mansions and a lively cultural calendar.

To the west of the region is the world-famous Loire Valley, now classified as an UNESCO World Heritage Site. Popular with the French monarchy during the Renaissance period, the Loire Valley is now a tourist hotspot with visitors coming to explore the stunning châteaux built by these kings and queens. Some of the most famous châteaux are Château de Chenonceau, Château d’Amboise, Château de Blois, Château de Chambord, Château de Villandry and Château Azay-le-Rideau.

There are also 8 of the plus beaux villages de France (the most beautiful villages in France) in Centre-Val de Loire, including Montresor on the banks of the River Loire with its own elegant château; Lavardin which repelled a siege by Richard the Loinheart; and the flower-bedecked Yèvre-le-Châtel.

Two of France’s most famous writers have been inspired by the Centre-Val de Loire region. Émile Zola’s novel La Terre was inspired by his visit to Romilly-sur-Aigre and the fictional town of Combray in Marcel Proust’s novel À la recherché du temps perdu (In Search of Lost Time) is said to be based on his childhood in Illiers. The town changed its name from Illiers to Illiers-Combray in 1971 on the centenary of Proust’s birth.

Things to do in Centre-Val de Loire

The main reason people visit the region is to explore the Loire Valley and its châteaux but the region also attracts lovers of the great outdoors, whether it is to explore some of the fabulous gardens, including the Jardins de Villandry, and regional parks. The Perche regional park to the west of Eure-et-Loir is a haven for wildlife, and the Beauce regional park is covered in lush meadows and never-ending fields. The Brenne regional park, in the south of the region, is filled with lakes, forests and marshlands along with a diverse range of birds and impressive array of flora and fauna. It is known as the ‘area of a thousand lakes’ and is one of the most important wetlands in France. The Réserve Naturelle de Saint-Mesmin near Orléans is the place to view flora and fauna typically of the Loire Valley and La Sologne, south of Orléans, was once the favoured hunting grounds of the nobility and the vast forest is popular with hikers and hunters today.

If you want to observe wildlife at close range then try the ZooParc de Beauval which has more than 4,000 animals, the largest wildlife collection in France. It is noted for its emphasis on conservation.

The River Loire is France’s longest river and is bordered by many attractive small towns, is good for fishing and popular with cyclists. There are also a number of tributaries of the Loire that run through the region. If you are a keen cyclist then try following part of the Loire à Vélo cycle route which begins at Saint-Nazaire on the Atlantic coast and passes through Angers, Saumur, Chinon, Tours, Amboise and Orléans.

The Loire Valley wines are world-famous and some of the popular vineyard areas are Pouilly-Fumé, Sancerre and Valençay and the sparkling wines of Touraine and Vouvray are well known. Don’t miss out on a vineyard tour and wine tasting. For food specialities try local honey and saffron or goat’s cheese, including AOC Crottin de Chavignol and Valençay. Other specialities include Pâté de Chartres, made from venison, pork and veal meat and cooked for hours before being served; Cochelin, a puff pastry in the shape of a man that is often filled with chocolate, raspberry or marzipan; citrouillat, pumpkin pâté; truffiat, a puff pastry containing potatoes and cottage cheese and fruits tapés, dehydrated fruits prepared in a bread oven.