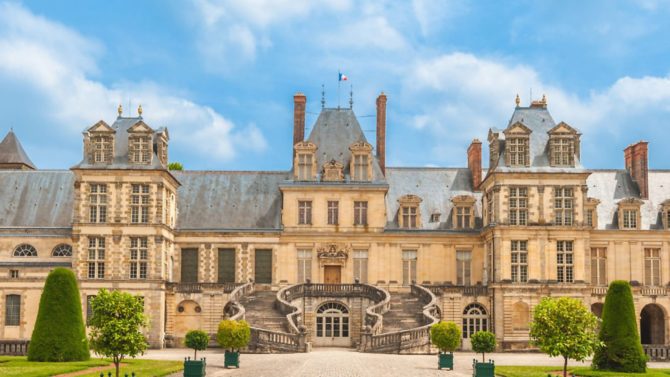 The Normandy city’s main highlights are all connected by the letter C: cathedral, churches, clock, culinary history. The Cathédrale Notre-Dame was made famous by Claude Monet’s series of paintings – the Impressionist painter depicted it more than 30 times – while Saint-Ouen with its stunning stained-glass windows is one of the many churches that prompted French novelist Victor Hugo to describe Rouen as “the city of a hundred spires”. Don’t miss Le Gros Horloge, a beautifully decorated astronomical clock that dates to the 14th century and is one of the oldest working clocks in Europe, or the chance to dine at La Couronne, France’s oldest inn and the restaurant that is said to have inspired Julia Child to devote her life to promoting French cooking after she ate her first French meal there in 1948.

Amiens’ Cathédrale Notre Dame is the largest Gothic church in France and twice the size of Notre-Dame in Paris. Constructed in record time for the 13th century – the shell was completed in 68 years – it features an impressive 750 statues on the exterior, while inside a relic said to be the skull of Saint John the Baptist is on display. Head to Rue Charles Dubois where the former home of French science-fiction writer Jules Verne, a long-time resident of Amiens, is now a museum dedicated to the writer’s life, before exploring the 300 hectares of hortillonages (floating water gardens) to see why the city is often referred to as the ‘Venice of the north’. You won’t go hungry in Amiens and you could almost plan your day around its savoury and sweet specialities, from the pâté de canard and ficelle picarde to the Gâteau Battu and macaron d’Amiens. Try the latter at the legendary Jean Trogneux where the macarons are still made to a recipe created in 1898 (and where the nephew of Brigitte Trogneux, AKA Mrs Emmanuel Macron, is the fifth generation to take the business reins).

Originally a medieval hunting lodge and predating Versailles by five centuries, the Château de Fontainebleau is the only château which was lived in by every French monarch for almost eight centuries, with no fewer than 34 sovereigns making themselves at home in its opulent rooms – all 1,500 of them. The château is set around four main courtyards, one of which witnessed Napoleon Bonaparte bid an emotional farewell in 1814 to the Old Guard. The 130-hectare gardens were redesigned by renowned landscape architect André Le Nôtre during the reign of Louis XIV, and both the château and the gardens were recognised as a Unesco World Heritage site in 1981. The town itself is situated within the Fôret de Fontainebleau – see numerous species of birds and wildlife, and you can even go dog sledding despite being a long way from the nearest mountains.

Travel time: The fastest train journey time from Paris to Etaples-Le Touquet is just over 2 hours

So popular was the seaside resort of Le Touquet in Pas-de-Calais that it became known as Le Touquet Paris-Plage, or ‘Paris by the sea’. In its heyday it attracted wealthy Parisians who were keen to swap the hustle and bustle of the French capital for a breath of sea air on the Côte d’Opale, and it became the holiday destination of choice among the rich and famous. The legacy of the ‘sporting paradise’ that was created when British entrepreneurs John Robinson Whitley and Allen Stoneham invested in Le Touquet continues today, with 33 tennis courts, an equestrian centre and three golf courses. Work up an appetite before heading to two local institutions for food: Perard, one of the oldest and most popular restaurants in Le Touquet, for its famous soup, and Au Chat Bleu, where you can choose from 36 different varieties of chocolate treats, one of which features the face of the shop’s signature blue cat.

Travel time: The fastest train journey time from Paris to Reims is 46 minutes

An impressive 33 rulers were crowned in Reims’ 13th-century Notre-Dame Cathedral, earning it the moniker Coronation City. One of Europe’s most notable Gothic structures, its lavishly ornamented facade boasts some 2,300 intricately carved statues, including the famous ‘Smiling Angel’ by the entrance. The Palais du Tau, the former residence of the bishop and archbishop and a Unesco World Heritage Site since 1991, is one of the city’s most visited museums. As the gateway to Champagne’s prestigious vineyards there’s no shortage of bubbles to enjoy in Reims, especially at the renowned Taittinger house where Vitalie Taittinger took over the presidency from her father in 2019. Enjoy a glass of bubbly with a biscuit rose de Reims, a unique pink biscuit created in the city – dunking is encouraged as dipping the biscuit into the champagne is said to enhance the flavour. Maison Fossier has been making them since 1756.

Previous Article France added to amber list of travel destinations
Next Article The best places in France for a happy retirement…and 10 other things we learnt in the June issue of French Property News (plus Living France)!