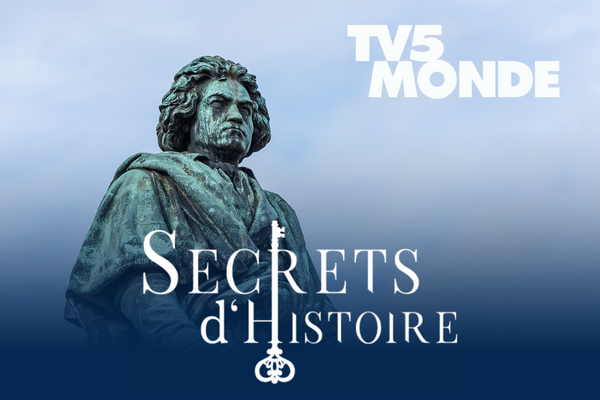 Explore what it was like to conquer other lands with Napoleon, or be the first black woman in a major motion picture with Joséphine Baker. With Stéphane Bern, retrace the stories of famous people who have left their mark on history in much-acclaimed history series Secrets d’Histoire showing Mondays at 8pm on TV5MONDE the live TV channel.

And for the festive season why not have iconic actors Jean-Paul Belmondo, Michel Galabru and Michel Serrault beamed direct chez vous!

And classic Molière for the New Year with Le bourgeois gentilhomme with Michel Galabru on New Year’s Day at 1pm followed by Les fourberies de Scapin on Fri 6th Jan at 5:40pm

Watch TV5MONDE the streamed live TV channel via the Smart TV app (with catch up) or watch via live-stream here. Free and no subscription required.

If you’re searching for your next binge-watch, make TV5MONDEplus your next destination as with subtitles in French and English you have the added bonus of improving or learning French at the same time – guilt-free binge-watching! Bonne idée!

TV5MONDEplus has a large collection of dramas, documentaries and more from French-speaking countries around the world including Canada, Switzerland, Belgium and France – all of which you definitely won’t have seen on UK TV before.

We recommend these amazing drama series;

This comedy-drama follows the lives of three friends in their thirties, as they navigate the ups and downs of their jobs, social lives and everything in between. Maxim is seeking a new start out in Montreal, while Laurence continues to excel in her media career. Meanwhile, make-up artist by day and barmaid by night, Nikki, is determined to make sure the trio remain close friends.

After returning to her isolated hometown in the Swiss Alps, police inspector Rosa witnesses a series of gruesome crimes that remind her of the tragic accident that killed her brother, plus 12 other children, 30 years ago. Determined to help the town’s residents seek justice, Wilder decides to stay for a while, hoping to finally put an end to the series of misfortunes that plague the village.

In the era of social media, follow the romance by texts, between Simon and Maud, a courtship via mobile phone. An adaptation of the book by Morgane Ortin.

404 is the internet code for pages that don’t exist, the threshold beyond which everyday life slips into a strange unknown world. In Terreur 404 our worst nightmares are brought to life by some our most commonplace technology. (Award-winning best mystery / thriller series at several festivals)

And what if beauty YouTubers had always existed? From ancient Egypt to the Middle Ages and occupied Gaul, our “Damoiselles” share their beauty tutorials with you and the camera, and strip the make-up off history as they do so! A darkly humorous glimpse of women’s lives down the centuries. And, for each period, a history consultant separates the episode’s fact from fiction in “L’Éclairage de Julien”. (Award-winning best French series at Marseilles Web fest)

Previous Article 3 of the best Christmas markets in Paris
Next Article A château without central heating: Living in a fairytale French castle