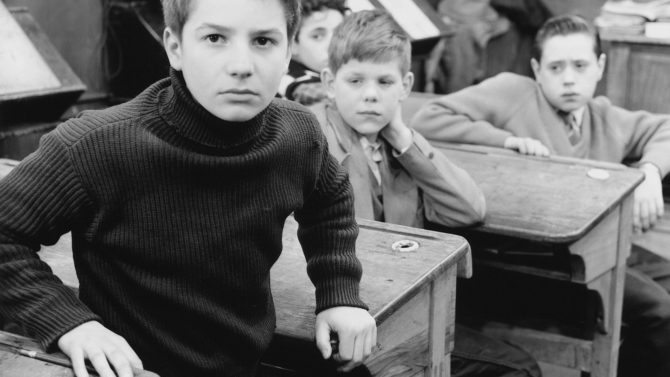 Few films are more deserving of an ultra-high definition restoration than The 400 Blows (Les Quatre Cents Coups). François Truffaut’s 1959 debut is after all a defining work of the French New Wave and widely regarded as one of the best movies ever made. And by giving it a 4K polish, the director’s genius is even more apparent.

Inspired by Truffaut’s own early life, The 400 Blows focuses on the grim plight of Antoine Doinel (Léaud), a young boy who lives with his self-absorbed parents (Rémy, Maurier) in a dirty apartment in Paris. Neglected at home and tormented by a sadistic teacher at school, he decides to run away and turns to petty crime to survive. Soon, he’s at the mercy of the brutal local police force.

As heartbreaking a coming-of-age tale as has ever been created, The 400 Blows effectively highlights Antoine’s predicament by showing glimpses of what his childhood could be, whether it’s a rare trip to the cinema with his parents or the faces of happy kids watching a puppet show.

Léaud is perfectly cast as Antoine, the actor radiating both innocence and a weariness that comes with being dealt a bad hand in life. And then there’s the cinematography – the biggest beneficiary of the 4K restoration. Classic moments – from a gym teacher leading his mischievous pupils through the streets of Paris to the climactic scene where Antoine runs along the beach – look better than ever making this release an opportunity to revisit a masterpiece on the big screen that should not be missed.