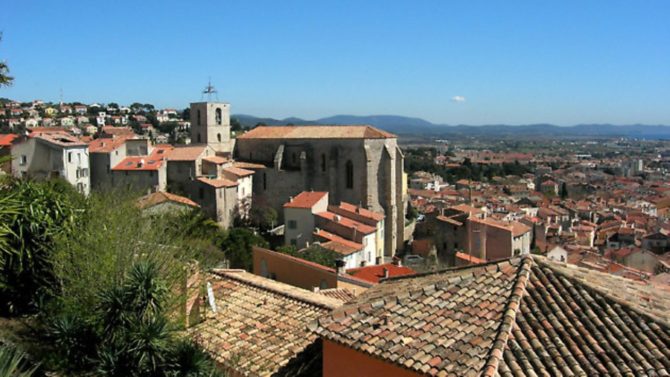 An insider’s guide to Var in Provence-Alpes-Côte d´Azur, including the main attractions to visit on holiday, the best towns and villages to live in, the major festivals and events, and buying property in Var

From St-Raphaël to St-Tropez and Ste-Maxime, the department of Var in Provence-Alpes-Côte d´Azur is home to some of France’s most iconic seaside resorts. While it boasts some 420km of coastline, including the offshore islands, some 56% of the department is forest and it is also largely mountainous as a result of its location at the foothills of the Alps.

Although Var enjoys hot temperatures and a pleasant Mediterranean climate throughout the year, the department doesn’t attract too many tourists outside the summer months. However it’s a popular place for expats looking for a second home due to the beautiful seaside locations, the pretty city and main French Navy Base of Toulon and stunning scenery to explore in the mountainous parts of the department.

By train: After getting the Eurostar to Paris, jump on the TGV to Toulon

By road: Toulon is 1135km from Calais

Places to visit in Var

Located on the Mediterranean coast, Var’s capital Toulon is an important centre for naval construction, armaments and the production of aeronautic equipment. The city boasts a quaint centre, sprinkled with wonderfully restored fountains and sun-dappled squares, along with numerous Provençal food markets, the most famous of which is held daily on the Cours Lafayette, selling fruit, vegetables, flowers and textiles. Throughout the summer months, 50 free concerts take place in the city centre and surrounding neighbourhoods for crowds to enjoy an eclectic mix of music in the sun.

The Gorges du Verdon, often dubbed France’s Grand Canyon, is one of the most popular tourist sites in Provence. At over 1000 years old, 25km long and 700m deep, it is a haven for water sports enthusiasts, hikers and nature lovers.

Lying off the coast of Hyères, the charming islands of Porquerolles, Port-Cros and Levant make up the Îles d´ Hyères and together they cover an area of 29km. They can be reached by boat from either Hyères or Toulon. Of the three, Porquerolles and Port-Cros are perfect for peaceful strolls and picturesque views. Both are privately owned and have been maintained as National Parks to protect their awe-inspiring cliffs, crystalline coves and fine sandy beaches.

The department also boasts the stunning Le Thoronet Abbey and Fréjus cathedral; the 12th century abbey is one of the country’s best preserved medieval Cistercian monasteries, while the cathedral is considered to be the oldest Christian structure in Provence. Make sure to gaze up while exploring inside the Fréjus cathedral: the painted ceilings are to be marvelled at.

Things to do in Var

With a coastline stretching along the south of the department, visitors can expect many popular beaches to relax at. For those after a peaceful coastal walk, a seaside path winds almost all the way along the Var’s southern coast. Pretty stretches of beach include golden sands of the St-Tropez peninsula between Plage de Gigaro and Plage Pampelonne; ideal for a spot of sunbathing.

Major mountains in Var include Massif des Maures and Massif de l´Esterel which sit along the Mediterranean coast, the Sainte-Baume mountain ridge in the west and Mountain of Lachens in the North. Mountain of Lachens, commonly referred to as the Roof of Var, stands at a staggering 1715 metres high. From the mountain’s summit, incredible panoramic views can be enjoyed, stretching from Sainte-Baume to stunning views of the Mediterranean Sea. The mountain ridge is rich with wildlife; with many various birds of prey to spot while hiking to the top. For thrill seekers, paragliding from the mountain top makes for the ultimate view of the department.

Bandol wines can be enjoyed in Var – with its selection of red, white and rosé, the Bandol AOC dates back to 1941 and is one of the oldest appellations in France. One of Provence’s most internationally recognised wine region, the climate and soils are ideally suited for the ripening of the Mourvèdre grape, the major component of Bandol wines. Mediterranean influences can be found in a lot of dishes in Var – with seafood and spiced meats aplenty when dining out.

Read more: 10 outstanding vineyards in France you have to visit

Due to the close proximity of the sea, the stunning Mediterranean coastline and its scenic countryside further inland, Var has a lot to offer expats looking for a second home. Prospective homeowners are also enchanted by the warm weather that the department boasts throughout the year. There’s a wide range of property styles and prices; from luxury villas sat beside popular coastal resorts, stone brick farmhouses with large plots of land for building and traditional bastides and Provencal houses.

Read more: Where to buy a bargain property on the Riviera

Our top 8 beaches in France

Previous Article These are the things we miss most about France
Next Article The ultimate mountain living: Chalet Apsara