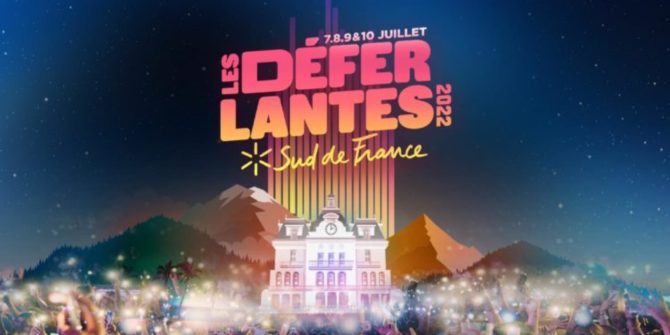 As if visiting this corner of southwest France wasn’t tempting enough with its popular tourist destinations including; Collioure, Ille-sur-Têt rock formations and the famous Musée d’Art Moderne de Céret, it’s only a 30-minute drive to the border of Spain.

To mark this new chapter in its history the organisers of Les Déferlantes have changed venue, (originally founded in Argelès-sur-Mer) partnering with Chateau d’Aubiry, in Céret (Pyrénées-Orientales) to make the event even bigger and better, doubling the size of the space with more stages, bars and food trucks, selling products from the local region. There will also be a huge Ferris wheel and entertainment incorporating all the fun of the fair.

Fans are waiting in anticipation following the announcement that Sean Paul will be appearing. The dance legend recently collaborated with Sia on Dynamite, launched his 8th album ‘Scorcha’ and kicked off his World Tour, which started in the UK in April, stopping in Céret on July 8 (the same evening as Orelsan). “Digital platforms allow you to stay in touch but they do not replace physical interaction with fans,” he said.

For those who want to take advantage of all four days of the music festival, a campsite has been set up for guests who want to stay on-site and enjoy the beauty of this 10-hectare wooded park surrounded by century-old trees.

With more than 70,000 spectators expected to attend, there really is music to suit everyone, incorporating a family-friendly vibe.

To get to the small town of Céret (Pyrénées-Orientales), you have three options:

by train: Perpignan SNCF station then shuttle to Céret

Tickets are on sale now and prices vary according to the number of days and camping option. For example; between approximately 55€ and 64€ per day, 168€ and 188€ for 3 days, and 157€ and 224€ for 4 days. There will also be free shuttle buses transporting people to and from the venue into town.