Late chef set to inspire next generation of stars 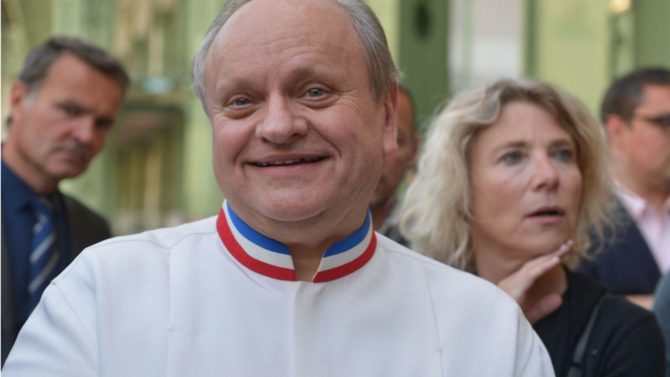 The sad loss of two of France’s most celebrated chefs has made 2018 an emotional year for the country’s culinary world.

In a land where food is a way of life, the passing of Paul Bocuse, known as the Pope of French cooking, in January, followed by the death of chef of the century Joel Robuchon, earlier this month, led to an outpouring of grief.

And when you consider that another well-known chef with strong links to France, Anthony Bourdain, died in Alsace in June, it is clear that this year has not been a kind one.

However, after the initial sadness, a seam running through the tributes for all three men was one of admiration of the incredible work they had done in their lives and a vow to ensure their legacy was continued by France’s up and coming chefs. As well as amassing numerous Michelin stars, Robuchon and Bocuse also owned a large number of restaurants, giving a new generation of chefs a career, as well as cookery schools to inspire talented young stars to shine.

Joel Robuchon, who collected a record 31 Michelin stars during his glittering career, died on August 6 aged 73, after suffering from a period of ill-health. Born in Poitiers in 1945 his original aim was to become a priest and only discovered his flair for cooking while working with nuns as a student at a seminary.

He made his name in the early 1980s after opening a restaurant called Jamin, at the age of 36. He secured his first Michelin star within 12 months and in 1989 he was bestowed with the honour of being named Chef of the Century by restaurant guide Gault Millau.

At the age of 50 he announced his retirement but carried on working as a host on several television cooking shows and later opened affordable eateries using Japanese cuisine such as sushi as inspiration.

His chain of restaurants, L’Atelier has branches across the globe including London, Beijing and Las Vegas.

Despite his outstanding talent and signature dishes, he was renowned for something a little more simple and surprising – his mashed potatoes, often hailed as the best in the world.

He was also known as being the mentor to a young Gordon Ramsey, who was among the large number of those to pay tribute to Robuchon following his death.

In a previous interview, Robuchon had said that Ramsey was a talented chef but had a difficult attitude and that he had once been so annoyed by the young chef, that he threw a plate at him – the only time he had done so in his entire career.

However there was no lasting ill-feeling between the pair who were friends in recent years.

Meanwhile, Paul Bocuse, also a decorated Michelin starred chef, died in January aged 91. His restaurant had held three stars continuously for over 50 years and he was credited as being one of the leaders of the 1970s culinary trend of nouvelle cuisine. His standing in France was shown in a tribute from President Emmanuel Macron, who described Bocuse as ‘the incarnation of French cuisine’ adding ‘his name alone sums up French gastronomy’. At the time of his death, he had nine restaurants in and around Lyon, where he hailed from, as well as several abroad in Switzerland, the US and Japan.

French interior minister Gerard Collomb, who was mayor of Lyon for 16 years made a heartfelt tribute to Bocuse but also chose to point to the future by encouraging chefs to carry on his work.

“Mr Paul was France. Simplicity and generosity. The pope of gastronomes leaves us. May our chefs in Lyon, as in the four corners of the world, long cultivate the fruits of his passion.”

Robuchon was among France’s top chefs who gathered en masse for the funeral of Paul Bocuse at Lyon cathedral in January. He was joined by the likes of Alain Ducasse, Pierre Orsi, Anne-Sophie Pic and Yannick Aleno.

France will always have a steady production line of excellent chefs looking to make their mark and in a few years time we will no doubt be familiar with several fresh faces who have been inspired to cook by the skill and imagination of Joel Robuchon and Paul Bocuse.

If you like this, here are more food articles to enjoy

Have your tried these traditional French sweets