Ian Moore: how many times should you kiss in France? 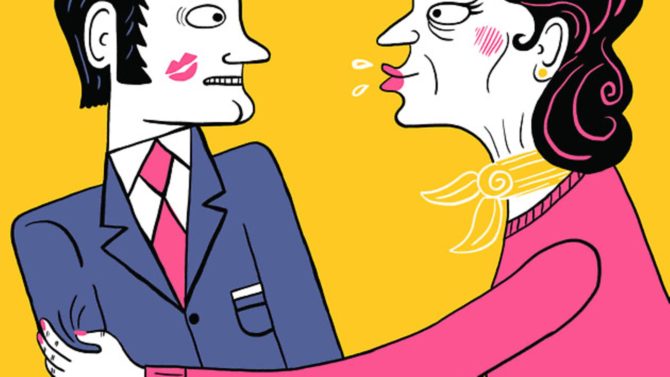 Nobody likes a limp handshake, obviously; it’s like holding wet lettuce and gives the impression that the limp handshaker has a distinct ambivalence towards meeting you. But a handshake is a handshake; it’s either firm, or limp, or somewhere happily in the middle, and therefore passes without description. How I wish things were that simple in France. I’ve now lived here almost 25% of my life and the ‘greeting’ not only still has me baffled, but actually has me nervous to the extent that I’ll sometimes avoid leaving the house altogether for fear of meeting people.

‘Nuance’ is a French word and could easily have been invented just to describe the sheer range of options open to two people meeting in the street. Is it a kiss? If so: how many? Is it a handshake? A hug? A nod? Cold indifference? I really, even now, have no idea whatsoever.

The number of kisses is, I’ve confidently been told, a regional thing with the southern centre of France going for what I would call the traditional ‘one on each cheek’ approach while the north and northern centre of France prefer a positively effusive, time-consuming and frankly, at this time of year, germ-laden four. Of course, it’s not as simple as that; and, as far as I can tell, people just make it up as they go along. Some even go with five. Five! I’ve had relationships with less contact than that.

And certainly, in my case, the locals change the rules on each meeting just to keep me guessing. One lady, the mother of a child in my eldest son’s class, once complained that I should be kissing her twice on each cheek, yet the next time effectively fought me off like an unwanted attacker when I tried to do exactly that! Too few it seems and you’re considered impolite, too many and you’re practically a sex pest.

Don’t get me wrong, it’s not that I’m against tactile greetings, far from it, and it’s heartening to see the English becoming a more touchy-feely race. Men are seen to hug in the street in the UK now and I like that; it’s a warmth we’ve possibly not been credited with before. Ok, at times we’re still a bit stiff and awkward about the whole thing, but it’s early days and we’ll get there once we’ve established clear ground rules for the exchange.

The French, though, have been at this kind of thing for so long they’ve apparently and – crucially – independently, just started making up their own rules. But whereas they’re relaxed enough as a race to laugh off any awkwardness that may arise, it leaves us English flailing around and blushing like teenagers on a first date. The European Union should take this up in my opinion; never mind standardising fruit and regulating carbon emissions, they should set a legal tariff on kissing greetings. Until then I’ll just keep fumbling about in the dark, which was another greeting that was frowned upon.

Previous Article May 2016 issue of FRANCE Magazine out now!
Next Article Beautiful B&Bs set up by expats in France